Liverpool forward Roberto Firmino has insisted that he doesn't feel any pressure to score more goals despite Mohamed Salah's imperious form this season.

Egypt international Salah, 25, has been a revelation since his summer move from Roma, scoring an incredible 36 goals in all competitions for Jurgen Klopp's side.

Firmino himself has chipped in with a healthy total of 23 in the 2017-18 campaign, although he insists that it doesn't matter who scores, as long as the Reds are winning games.

When asked if he felt added pressure as Liverpool's No.9 in light of Salah's remarkable tally, he told Goal: "No way! We have very good chemistry here at Liverpool.

"Many speak of the strength of our attack, which also has [Sadio] Mane, but we have a team full of great quality that is effective in attack.

"We have to think collectively. The more players score, the better. Liverpool are the ones who win in this situation."

Firmino and Salah's efforts have helped move Klopp's side into the top three in the Premier League, while they also have a Champions League quarter-final meeting with Manchester City to look forward to in April.

And the Brazilian is pleased with his contribution to the cause, insisting he is in the best form of his career.

"It's the best moment of my career," he continued. "I'm happy because things are very positive in my life; on the personal side and also on the professional side.

"The good moment our team is in helps a lot too, the team fits together very well. Klopp is a great tactician, and a great coach."

The ex-Hoffenheim striker's Brazil team-mate Philippe Coutinho was eventually sold to Barcelona in January and while Firmino appreciates his qualities, he hasn't been dwelling on his exit.

He added: "We changed the way we played after his exit. Which team in the world would not like to have a player of the quality of Coutinho? But he continued his life at Barcelona and Liverpool remained strong, as we always were.

"I do not dwell on that [Coutinho holding the record as the highest-scoring Brazilian in Premier League history]. I just worry about playing well and helping Liverpool go as far as possible in the Premier League. 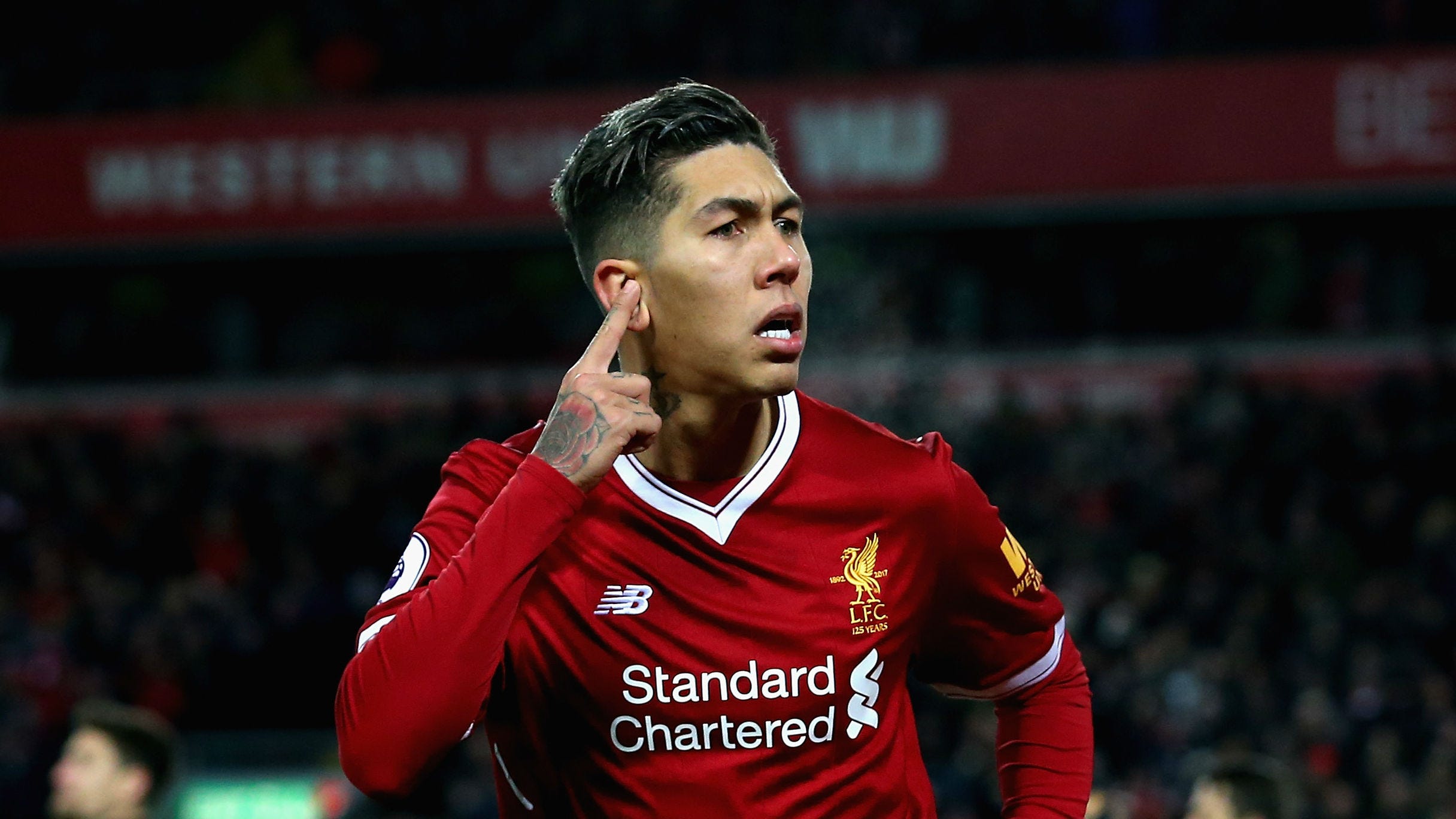 "If that is achieved by me scoring goals, even better. Thank God, the goals are coming! Winning the title is difficult this season, so we will fight to secure a Champions League place again. That's one of the goals."

Firmino was recently cleared of racially abusing Everton defender Mason Holgate by the FA, and the 26-year-old is keen to emphasise his innocence, adding the need for racism to be stamped out of football.

"I always felt calm about it [the allegations] because I knew I had not said what they were accusing me of," he said.

"I have suffered racial prejudice and I know how painful it is. People need to take this issue more seriously and engage in this fight against racism."

The Reds forward also discussed Manchester City, who have a 16-point lead at the top of the Premier League table, and, in his opinion, some of the best players in England's top flight.

"Man City have a very attack-minded team, just like ours. We are the two teams that have scored the most goals so far in the Premier League. City are a very difficult team to beat. They have won 26 out of 30 games and have opened up a very big lead.

"They are very agile team, the players move a lot around the pitch. City, like Liverpool, are built in the image of their coach. Pep Guardiola had some great clashes with Klopp in German football, they know each other well.

"We have great players in English football, it's hard to select one as the outright best. That's why it's the most popular league with many quality teams. We can talk about the goalscorers Salah and Harry Kane.

"Not to mention Mane, Emre Can, Dejan Lovren and the many other good players we have here at Liverpool. It is a league with great stars. Virtually everyone I mentioned will be at the World Cup. The level is very high."