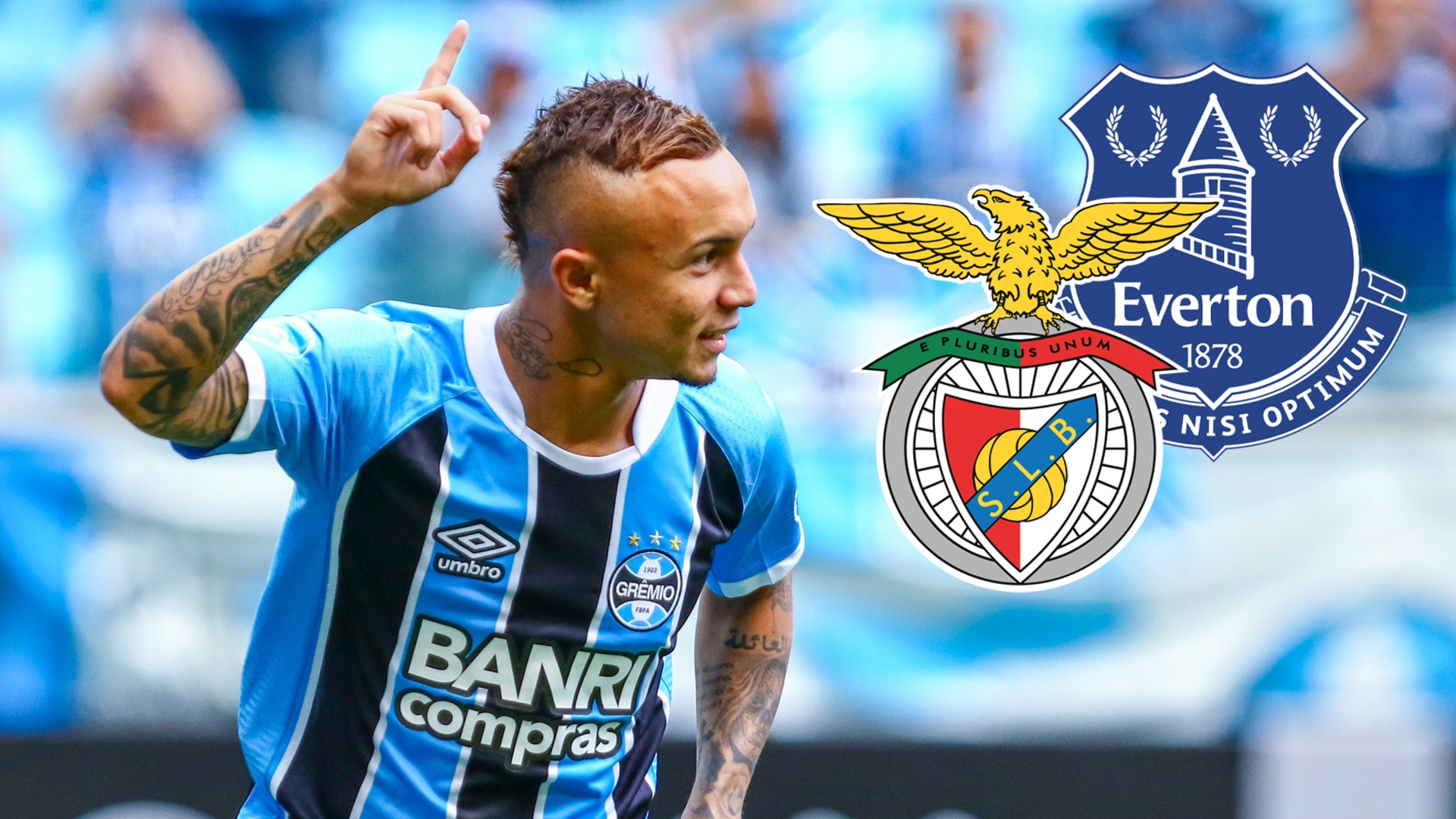 The 24-year-old has long been linked with a move to the Premier League, but he is set to make the jump to Europe with the Portuguese giants instead

Everton are set to miss out on long-term transfer target Everton, with the Gremio forward edging closer to a move to Portuguese giants Benfica.

Goal has learned a deal between the clubs has moved a step closer, with Benfica set to pay €20 million (£18m/$24m) for the 24-year-old Brazil international.

Gremio will also receive 15 per cent of the profit on any future sale.

Carlo Ancelotti's Everton had been interested in the player for some time, and were said to have been considering an offer during the most recent January transfer window.

The Premier League side were looking for a third scoring option to share responsibilities with Dominic Calvert-Lewin and Richarlison, who each scored 13 goals in the league in 2019-20.

While such a move may have seemed like fate, the player is now set to take his first steps in Europe with Portugal.

He was a prime target for manager Jorge Jesus, who himself has recently returned to Benfica after a hugely successful spell in Brazil with Flamengo.

Benfica finished as runners-up to Porto in both the Primeira Liga and the Taca de Portugal this season, and will be looking to launch an assault on the title in 2020-21.

In Everton, they will be signing a player who registered 15 goals and seven assists in 42 appearances in the most recent completed season, between the Brazilian Serie A and the Copa Libertadores.

He made his senior Brazil debut in 2018 and developed into an important player the following year, featuring prominently in his country’s victorious Copa America campaign and winning the Golden Boot with three goals.

Gremio currently own 50 per cent of Everton’s economic rights. The rest is divided between businessman Gilmar Veloz (30%), Everton’s youth club Fortaleza (10%), and an investor (10%).

Despite the advanced nature of the transfer discussions, Everton is expected to play for Gremio in their game against Internacional on Thursday.

The game will decide the winner of the Campeonato Gaucho, an annual tournament contested between 14 clubs in the state of Rio Grande do Sul.

Gremio have won the last two tournaments but remain seven titles behind Internacional in the all-time table, with 38 trophies to their rivals’ 45.