Kevin De Bruyne has signed a new contract that will keep him at Manchester City until 2025, the club has confirmed.

The Belgian midfielder, who was last year's Premier League Player of the Season , has signed a new four-year deal which will keep him at City until his 34th birthday.

De Bruyne still had two years remaining on his current contract, but City wanted to tie him down to a longer deal after becoming one of the best players in the world and playing such a major part in Pep Guardiola's plans.

"I could not be happier, since joining City in 2015, I have felt at home," De Bruyne said after his contract was confirmed. "I love the fans, my family are settled here in Manchester and my own game has developed really well.

"This football club is geared for success. It offers me everything I need to maximise my performance, so signing this contract was a straightforward decision. I am playing the best football of my career and I honestly feel there is more to come.

"Pep and I see football in the same way. Having that relationship with a manager is so important to me because our objectives are totally aligned, and we want the same things.

"My focus now is on ensuring we have a successful end to the current campaign. Our results and performances so far have been excellent, but we need to make sure we end the season with the silverware we deserve." 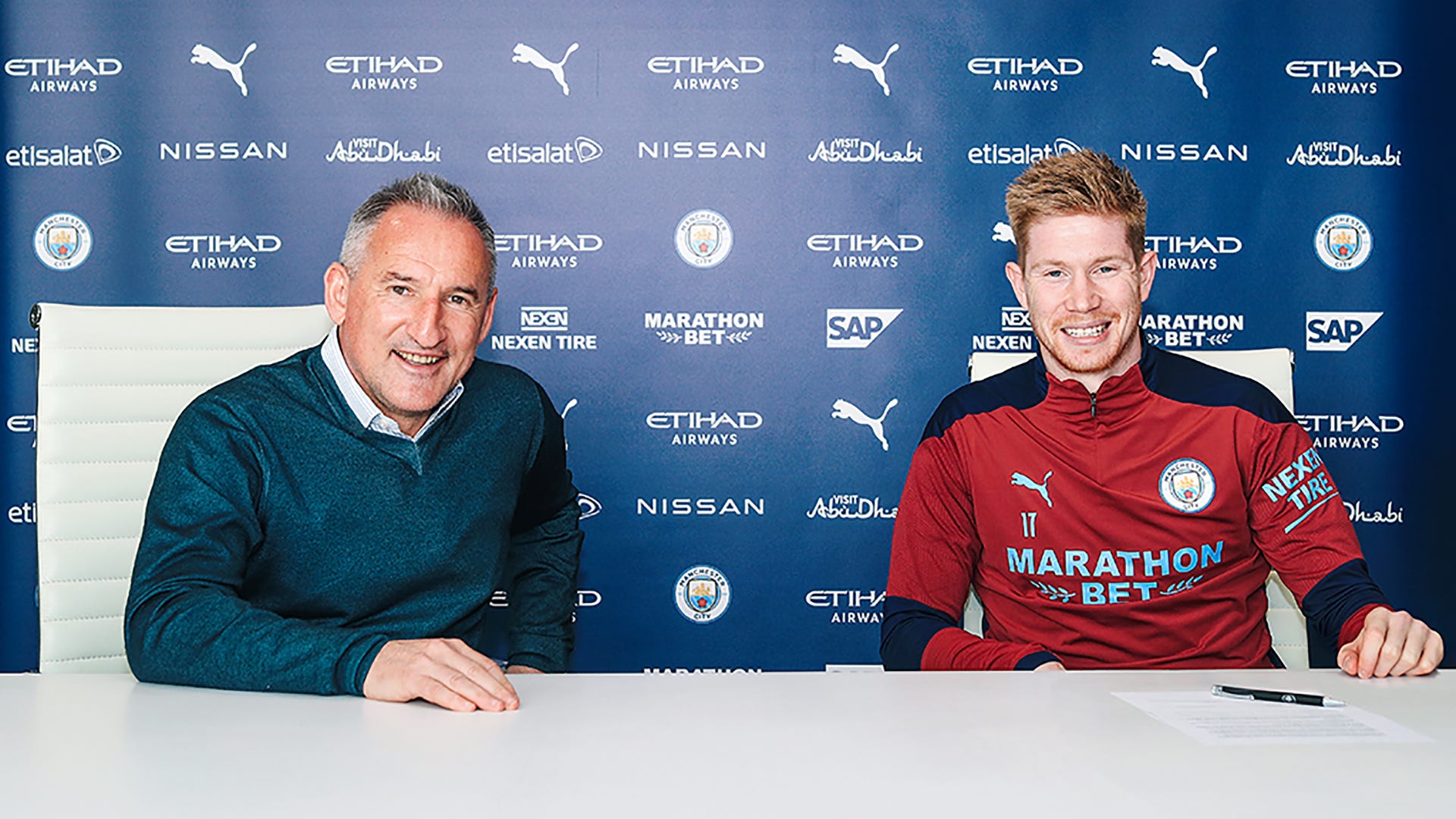 De Bruyne joined City from German club Wolfsburg in August 2015 with some questioning the wisdom of paying a then club-record £55 million ($67m) for a player that had struggled during a short spell at Premier League rivals Chelsea.

But the move paid off and then some, with the midfielder playing a major part in two title triumphs under Guardiola, while has also won four League Cups and an FA Cup.

Indeed, the 29-year-old has 77 assists from his 176 Premier League appearances and equalled former Arsenal striker Thierry Henry's record for most in a season when he claimed 20 in the 2019-20 campaign.

A Champions League title is the only medal missing from his collection and the announcement of a new deal comes less than 24 hours after he played such a major role in ensuring City have a 2-1 lead from their quarter-final first leg against Borussia Dortmund.

While many of City stars are now committed to lengthy contracts, they are keen to sign England pair John Stones and Raheem Sterling to new deals with their current agreements expiring in 12 months and two years respectively.