Kevin De Bruyne knows all about Champions League heartbreak but is determined to do everything within his considerable power to make sure it does not happen again.

After five European exits during his time at Manchester City, the 29-year-old is aiming to get beyond the quarter-finals for only the second time.

If they are to make it past an exciting Borussia Dortmund side in Germany in eight days’ time, City will reflect upon the fact that the Belgian was the big reason why they ended the first leg with a slender 2-1 advantage.

De Bruyne scored the opener and then provided the killer pass that led to Phil Foden’s 90th-minute winner.

Their Champions League hopes are once again sitting on a knife edge after Marco Reus’ away goal, but that late goal has, at least, changed the mood of the tie.

It was only fitting that De Bruyne proved decisive at the death. He was City's driving force throughout and ruthlessly punished Dortmund’s only major error to give the hosts a 19th-minute lead.

Emre Can’s poor pass was cut out and 13 seconds later, the ball was in the back of their net, with De Bruyne leading the charge at the Dortmund defence before eventually finishing off Riyad Mahrez’s cross.

The Belgium international now has five goals in his last five games and is clearly revelling in an even freer role, with Guardiola sticking with the striker-less system that has been so successful domestically.

This time around, there could be no suggestions of the City boss overthinking his tactics – an accusation that has been levelled at him following previous Champions League exits.

This was probably his strongest line-up with the usual unorthodox ‘gimmicks’ that have now become the norm: Joao Cancelo operating as an inverted left-back; and De Bruyne, Bernardo Silva and Ilkay Gundogan alternating as the false nine.

In fact, it was opposite number Edin Terzic who pulled out the big selection surprise, with the BVB boss giving 19-year-old Ansgar Knauff his first start for the first team, although the youngster was well shut down by the experienced Kyle Walker.

Erling Haaland, meanwhile, was an all-together more frightening proposition for the home side's defence, given he had netted 33 goals in his preceding 32 games for Dortmund. 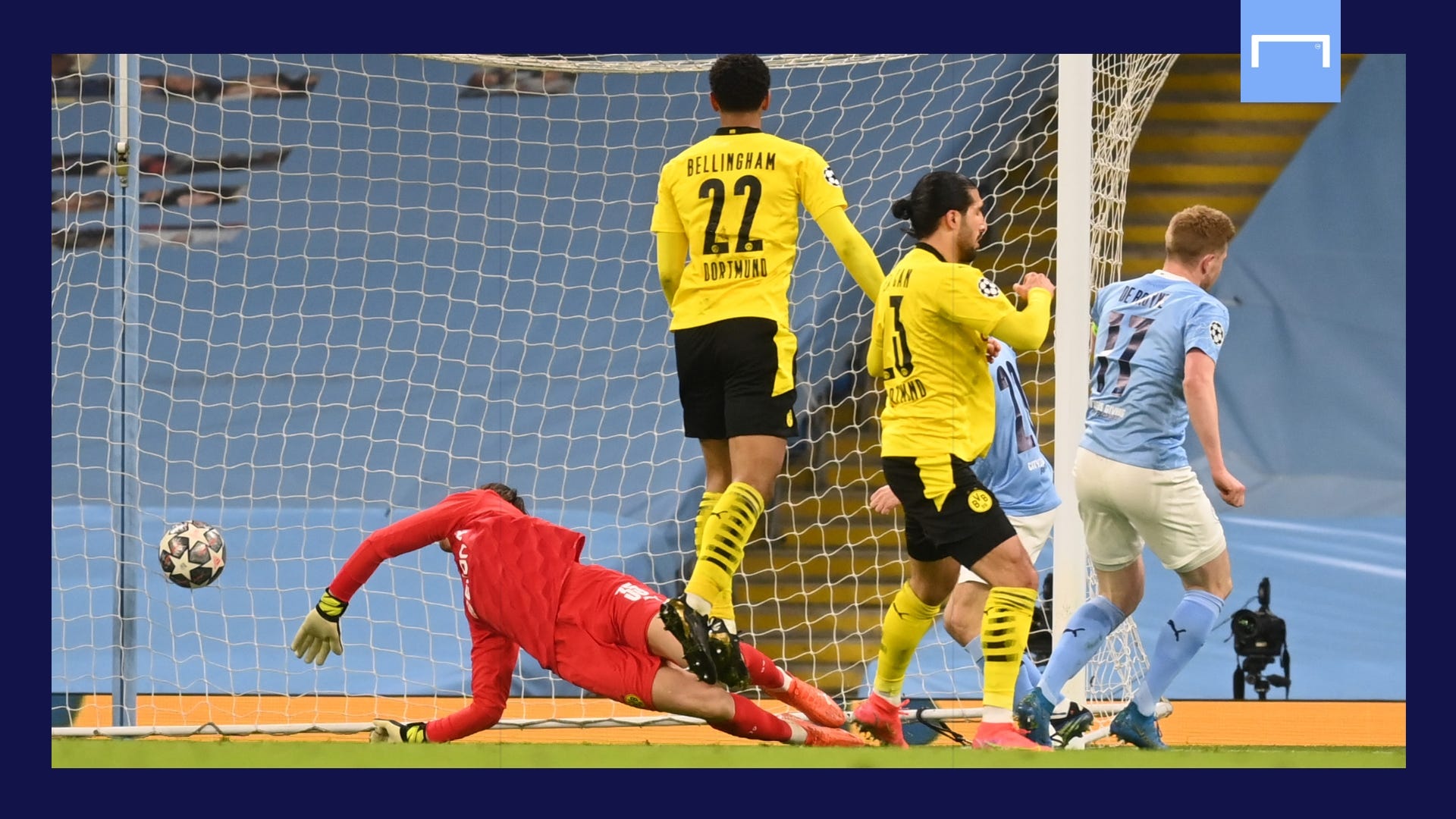 Linked with City, as well as every major club across Europe, this was a timely opportunity for the Norway international to showcase his quality at Etihad Stadium.

Haaland looked like he had blown his one big chance when he raced clear of Ruben Dias on the hour only to be denied by a smart save from Ederson, but with six minutes remaining he underlined his class by brilliantly flicking the ball into the path of Reus, who scored a crucial away goal.

While Foden and De Bruyne had gone close to doubling the hosts' early lead, the equaliser was deserved, particularly after Jude Bellingham’s strike in the first half was wrongly ruled out. Indeed, for once, the controversial refereeing decisions went in City’s favour.

Guardiola has never openly criticised the officials after his team's exits in the past three seasons, but he’s also quick to remind people of the handball goal that cost them against Tottenham, the two goals wrongly disallowed against Liverpool and the crucial second that was allowed to stand for Lyon last season.

This time, fortune smiled on City when referee Ovidiu Hategan wrongly penalised Bellingham for a foul on Ederson after he took the ball off the City keeper, and the Romanian official erred again in blowing his whistle before the ball rolled over the line, meaning the decision could not be overturned by VAR.

The referee did, at least, overturn what would have been another awful call. He initially awarded City a penalty for a foul by Can on Rodri, but replays showed that the Spaniard had feigned being kicked in the face.

Ties can be swung on small margins and this tie is now delicately poised. City may well need a goal in Germany if they are to progress, but with De Bruyne in the side, City know they have a player that can always score or create one.

In a team full of stars, he remains their difference-maker.