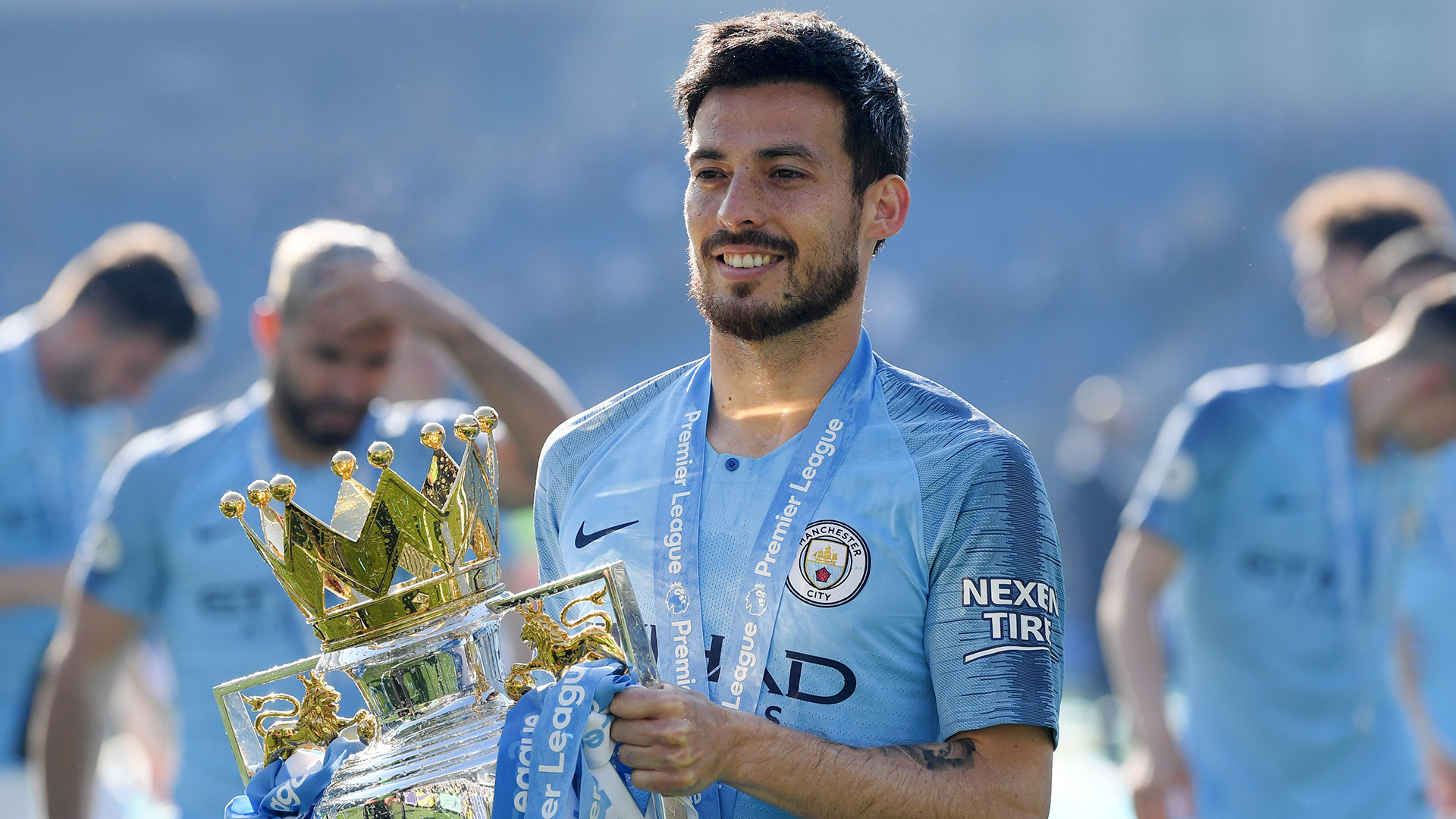 David Silva is one of the finest imports to have ever graced the Premier League, says Kevin De Bruyne, with another of Manchester City’s midfield stars hoping to establish the same consistency in his game as the Spanish World Cup winner has enjoyed.

After 10 memorable years at the Etihad Stadium, Silva will be dropping into the free agent pool when their 2019-20 campaign comes to a close.

The 34-year-old will walk away with over 430 appearances, four Premier League titles, two FA Cups and five League Cups to his name – with a Champions League crown still up for grabs.

He has been a model of consistency throughout his time in Manchester, with the diminutive playmaker proving that the physicality of life in the Premier League can be mastered through talent and hard work.

Silva has been showered with plaudits as he prepares to move on, with De Bruyne adding his voice to those when telling Sky Sports: “David is unbelievable.

“I came here and obviously we played a little bit similar positions, so it seemed a bit like it was a battle, but I think in the five years that we have been here we have played really well together.

“He helped me with certain aspects of my game to be better, just from watching him in training and in the games. I learned a lot of stuff and from playing next to him all the time we have done some great things and won a lot together.

“His career in England has been impeccable and I think he is one of the best guys in the Premier League that have come from the outside of England. That says it all.”

De Bruyne has thrived alongside Silva, earning his own standing as one of the very best in the business, but the Belgian is eager to take his game to even greater heights.

Aware of the need to be a vital cog in a much bigger wheel, the 29-year-old – who has contributed 54 goals and 88 assists to the City cause – said of his ambition: “At this point in my career, I feel like consistency is the main importance.

“There are always aspects that you can obviously do better but it’s also in relation to what you can do to help the team.

“Maybe there are some aspects that have to be better but it’s not really important for me or my team-mates, it’s just to be consistently good at what I’m doing for a long time. I have to maintain that and if I can do that, I am really happy with this.

“Being a midfielder there is a lot of stuff you need to do and it’s about being more all round complete rather than being the best at one particular thing.”