On the face of it, Arsenal letting David Luiz walk away on a free transfer this summer may not look like the strangest decision.

His form since arriving from Chelsea has been far from exceptional, with his short stay in north London littered with the lapses of concentration that have often taken the shine off what has been a long and decorated career.

But when you explore things further, should Arsenal opt not to activate the clause in Luiz’s contract that would allow him to remain with the Gunners for another year, it would be the first genuine sign of the difficult decisions that will have to be made at Emirates Stadium over the coming months.

Because Luiz leaving would not be a football decision, it would be a business one. One that Arsenal would rather not take.

Whilst the Brazil international was unconvincing under Unai Emery, he has been impressive under Mikel Arteta and is clearly enjoying working under the Spaniard and the new methods he has introduced.

"Mikel is doing amazing,” Luiz told Arsenal legend Ian Wright during a discussion for Adidas. “I am enjoying being almost 33 years old and still learning and improving and to see how beautiful football is.

"Mikel has tried to make us understand where to play and how to play. He gives us a plan and has brought a philosophy where everybody has to think for the best of the club.

“And the best for the club is to make the club shine again. It doesn't matter when, or by who, that was lost. What matters is to bring it back."

Those are not the words of a player who wants to leave and when you consider Luiz has featured in 14 of Arteta’s 15 games in charge so far, it’s obvious that Arsenal’s head coach values what the experienced centre-back can bring to his team.

“David’s a player that has won more trophies than anybody else in that dressing room,” Arteta said soon after arriving. “We have to use that in a very powerful way. I wanted him to step up, I wanted him to put all his qualities – his personality and his experience – towards the team and he made a big step forward. I am very, very pleased with him.

“In the games he has played under me so far he has been terrific. His attitude in training, the way he communicates with his team-mates, his desire to still learn, it’s superb. I am delighted with him.” 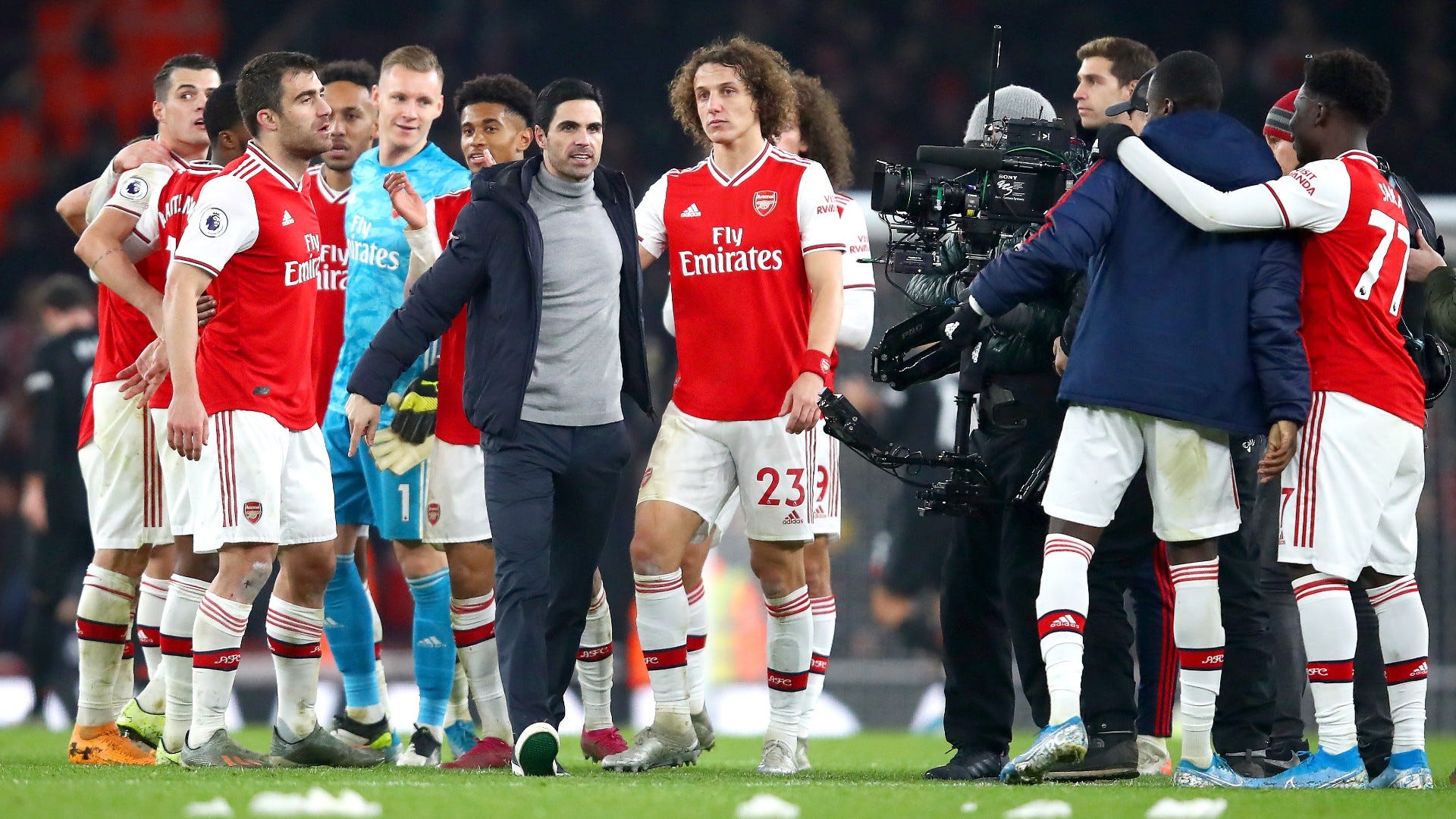 Pablo Mari may have arrived on loan from Flamengo in January, a player who Arsenal are expected to sign on a permanent basis this summer and one who plays in Luiz’s favoured role as the left-sided centre-back, but that does not mean that Arteta feels he can do without the ex-Paris Saint-Germain man.

Arteta wants Luiz to stay. He still views him as a key part of his squad and a player who could provide valuable experience to help guide 19-year-old William Saliba, signed from Saint-Etienne, through his first year in England next season.

But despite all of that, Luiz could now be just a matter of weeks away from being allowed to leave on a free transfer just a year after signing from Chelsea for £8 million ($10m).

And should Arsenal take that decision, it will perfectly highlight the difficult decisions that lie ahead for the football club during the coronavirus era.

If the entire 2020-21 season is behind closed doors, the north London club are facing up to a potential loss of up to £144m ($177m) according to detailed analysis carried out by the Arsenal Supporters’ Trust. It’s clear that cuts have to be made across the board.

Arsenal’s wage bill runs to £230m ($287m) a year and even with the 12.5 per cent wage cut that has been agreed with the players, that is going to be a huge drain over the coming 12 months without the usual money coming in from matchday, commercial and broadcast revenues.

“The potential impact on our revenue streams puts our operating model under pressure,” Arsenal said in a statement released by the club in April.

“The potential financial impact is significant so we must be responsible and act now to best protect Arsenal from what might happen in the months ahead.

“What is clear is that this is one of the most challenging periods in our near 134-year history.”

Prior to the coronavirus pandemic, Luiz would have been well behind Sokratis, Shkodran Mustafi and possibly even Rob Holding in the list of centre-backs Arsenal would have been open to letting go this summer.

But now, with clubs around the world desperately trying to get their finances in check due to the crippling financial implications brought on by the Covid-19 outbreak, purse strings are being tightened across the globe. 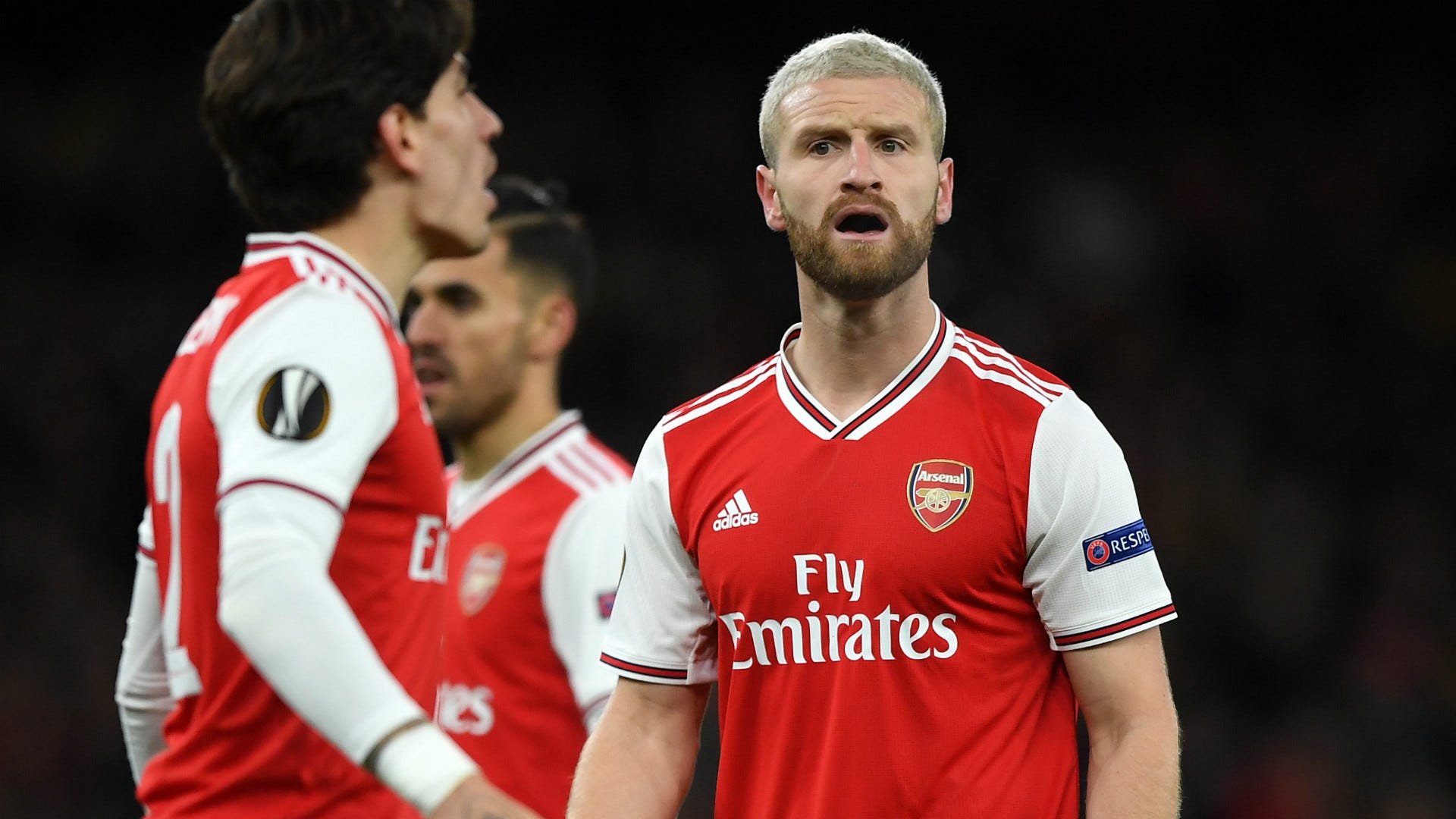 Whereas Arsenal would have hoped to have had some offers for the likes of Sokratis and Mustafi, who both have a year left on their current deals, and for the still relatively youthful Holding, they are now facing up to a new uncertain landscape which is likely to see the transfer market slow down dramatically.

Clubs simply won’t have much money to play with during the summer window and for players like Sokratis and Mustafi, the appeal of leaving will certainly diminish given the wages now being offered elsewhere will be far less than what they are currently on at Arsenal.

For those players it would make far more sense to see out the final year of the lucrative deals in north London, before leaving on a free transfer next summer when football’s financial outlook could be in a far healthier position.

And that’s why Arsenal may have to take the difficult decision and opt against activating the clause in Luiz’s contract that would allow him to remain in north London for another year.

Arteta may not want him to go, but players who may have been earmarked for sale are now going to be incredibly difficult to move on. The far easier option is to let Luiz go for free instead.

The defender, who earns £125,000 a week, is one of the club’s top earners and head of football Raul Sanllehi, managing director Vinai Venkatesham and owners Kroenke Sports & Entertainment would view that guaranteed annual saving of £6.5m ($8m) necessary - even if that differs vastly from the view held by Arteta.

It’s a situation that paints a clear picture of the challenges clubs are facing ahead of the transfer window.

When he arrived in December, Arteta would have been looking towards this summer as an opportunity to overhaul his squad and make it his own. The reality, however, is looking very different.