Arsenal could be set for a loss of approximately £144 million ($178m) for the year 2020-21 if all games next season are staged behind closed doors.

That is according to findings made by the Arsenal Supporters' Trust (AST), which has produced detailed analysis of the potential impact the Covid-19 crisis could have on the club’s finances over the coming months.

In an email sent out to members, the AST warned that Arsenal’s cash reserves could be ‘wiped out’ should the worst happen next season and predicted that the summer transfer window would be a quiet one as a result.

The analysis also predicted that the club would now be set for a loss of £19m ($23m) for the year ending May 2020 due to the remaining games of the campaign being played behind closed doors. Prior to the pandemic, Arsenal had been on course for a profit of £4m ($5m).

That change has been put down to Arsenal having to refund fans for the four remaining Premier League home games of the season, as well as a drop in commercial and retail revenue.

The figures are a stark reminder of just how costly the coronavirus pandemic could be to Arsenal, especially as they are based on the assumption that Mikel Arteta’s side will go on and qualify for the Europa League next season and that there is no drop in broadcast revenue.

It must be noted, however, that currently there has been no indication that the entire 2020-21 season will have to be played behind closed doors, although most expect at least the first half of the campaign to be staged without fans in attendance.

Matchday income currently accounts for around 24 per cent of Arsenal’s revenues and this is the time of year when season ticket money usually starts to arrive for the coming campaign.

But executive box and club level renewals have been suspended, as have general season ticket renewals which would usually open from May. The AST says those pre-payments normally total close to £70m ($86m) and produce working capital for the off-season months of May, June and July. 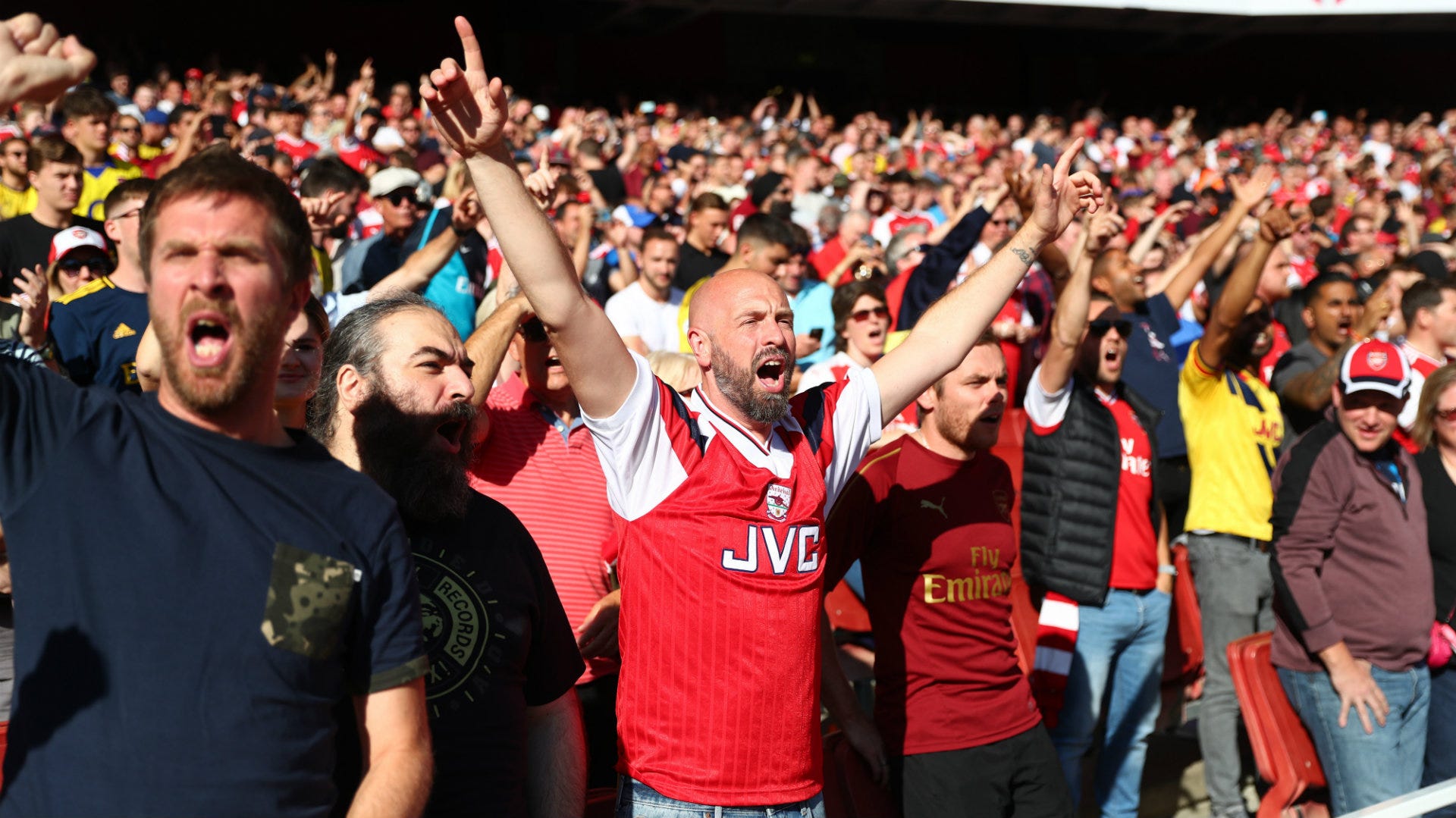 The numbers show how important matchday income is to Arsenal and reveal just how big the impact will be if they have to play behind closed doors next season, even if it is just for the first half of the campaign.

Commercial and retail revenue would also be hit badly, with the AST warning of a loss of up to a third if games are played without fans next season.

It also notes that the vast drop in combined revenues would have to result in either a significant reduction of costs, most likely from player wages, or tangible financial support from owners Kroenke Sports & Entertainment (KSE) through a loan or new capital.

In summarising its findings, the AST said: “Covid-19 is likely to take Arsenal from a situation where they would have reported a small profit of £4m for this current season to one of recording a loss of £19m. If behind closed doors (BCD) becomes an issue that affects all of next season then the club could face reporting losses of £144m.

“So we can see that the reduction in income from playing BCD for the rest of the season will knock £23m ($26m) from available cash at the end of the season as will the absence of season ticket renewals.

"The combined impact will leave little spare cash this summer, especially if sponsors withhold part of their advance payments for season 2020-21.

“Arsenal’s available cash reserves heading into the summer of 2020-21 could be wiped out and a new borrowing requirement of over £50m ($62m) being required by the end of July if the club is to meet its commitments to pay other clubs instalments due on player transfers and finance wages in June and July. So we certainly don’t predict a big spending transfer window!

“Whilst the money set aside as security for the bondholders, who have lent the remaining £170m ($210m) of stadium related debt, cannot be touched, it is almost inevitable that Arsenal will be drawing on its short term £50m ($62m) loan facility made available by Barclays.”