The 23-year-old, who struck twice in Wednesday's 3-0 win over Switzerland, perfectly personifies the spirit of Roberto Mancini's squad

Gary Neville thinks Italy will fall short at the European Championship. Patrick Vieira says they are lacking in key areas.

In truth, it does not matter what anyone else thinks. Italy has already fallen back in love with the Azzurri.

"You're beautiful!" read the front page of the Gazzetta dello Sport after Wednesday's stirring 3-0 win over Switzerland.

And they were. They are. Because a nation devastated by Covid-19 needed this. It needed them.

Football, of course, cannot solve societal problems. But it can help. Just look at what Atalanta did for Bergamo in its darkest hours.

And Italy as a nation had been left traumatised by the effects of coronavirus. Football seemed like an unlikely source of comfort, given the Azzurri had failed to qualify for the 2018 World Cup.

However, in three years, Roberto Mancini has not just mended a broken team, he has constructed a truly special squad. They are unbeaten in 29 games and have now won 10 in a row without conceding a single goal.

Francesco Acerbi had said it time and time again: "There is something in the air with this group." And how right he was. You could feel it on Wednesday night. All across the peninsula.

"Brothers of Italy, Italy has woken" – those were not just words. This latest heartfelt rendition of the national anthem was a declaration, a war cry, before another emphatic victory. And another outpouring of emotion.

"A crazy joy", as the Corriere dello Sport called it. And typified by Manuel Locatelli.

His first goal – which came after sprinting 50 metres to get on the end of a cross from Domenico Berardi – provoked a celebration that evoked memories of Marco Tardelli in the 1982 World Cup final. 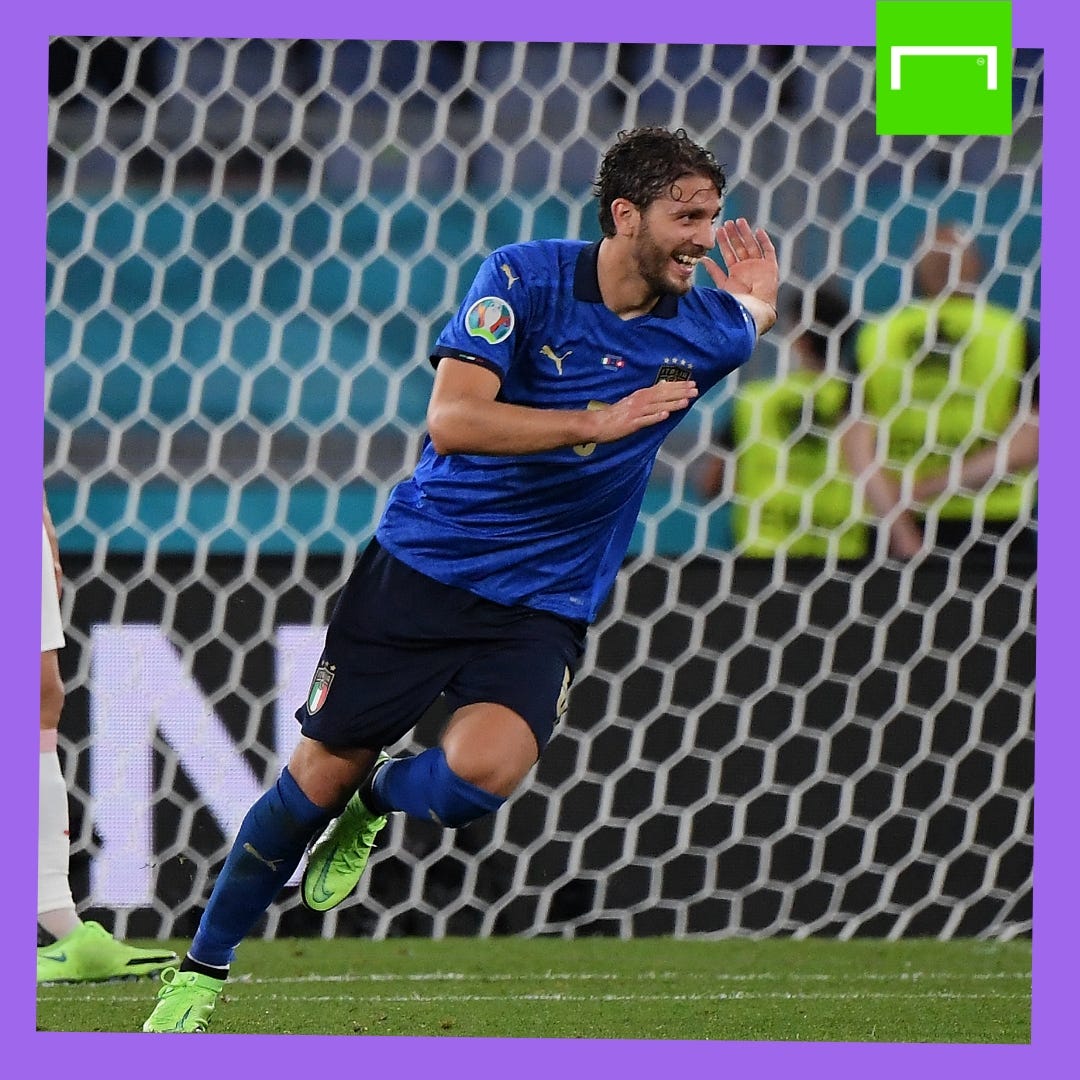 He dedicated the goal to his girlfriend and his parents. His second – a sublime strike from outside the area – was for his compatriots.

"For all the Italians who are here, and at home, who are suffering and that have suffered," he told Sky Sport Italia, "this is for them."

Locatelli does not score many goals, of course. They tend to be memorable, though.

His first ever goal in professional football was a stunning equaliser in AC Milan's 4-3 win over Sassuolo. His second was even better: a beautiful right-footed strike that thundered past Gianluigi Buffon and into the Juventus net.

"I still haven't quite realised what I've done," he told Mediaset Premium in October 2016. "I scored against the best goalkeeper in the world!"

His disbelief was understandable. He was still only a teenager at the time. But at that stage, he looked destined to be a Milan midfielder for years to come, placing sixth in Goal's 2017 NXGN list of the world's most talented teenage footballers.

The Rossoneri lost confidence in him, though.

"I wasn't abandoned," Locatelli told the Gazzetta dello Sport after leaving for Sassuolo. "But it's fair to say they didn't trust in me anymore."

Roberto De Zerbi, though, had the utmost faith in him. Indeed, even after a slow start to his time at the MAPEI Stadium, the former Sassuolo coach stuck with Locatelli, convinced he would come good.

And he has, in sensational fashion. Indeed, there was arguably no better midfielder in Italy last season.

In a team that finished eighth last season, Locatelli had more touches (3304) and made more successful passes (2426) than any other midfielder in Serie A, and by some distance, too.

In addition, he ranked fifth among his peers for both interceptions (51) and possession won (239), while only Atalanta's Marten de Roon won more tackles (48 to 47). 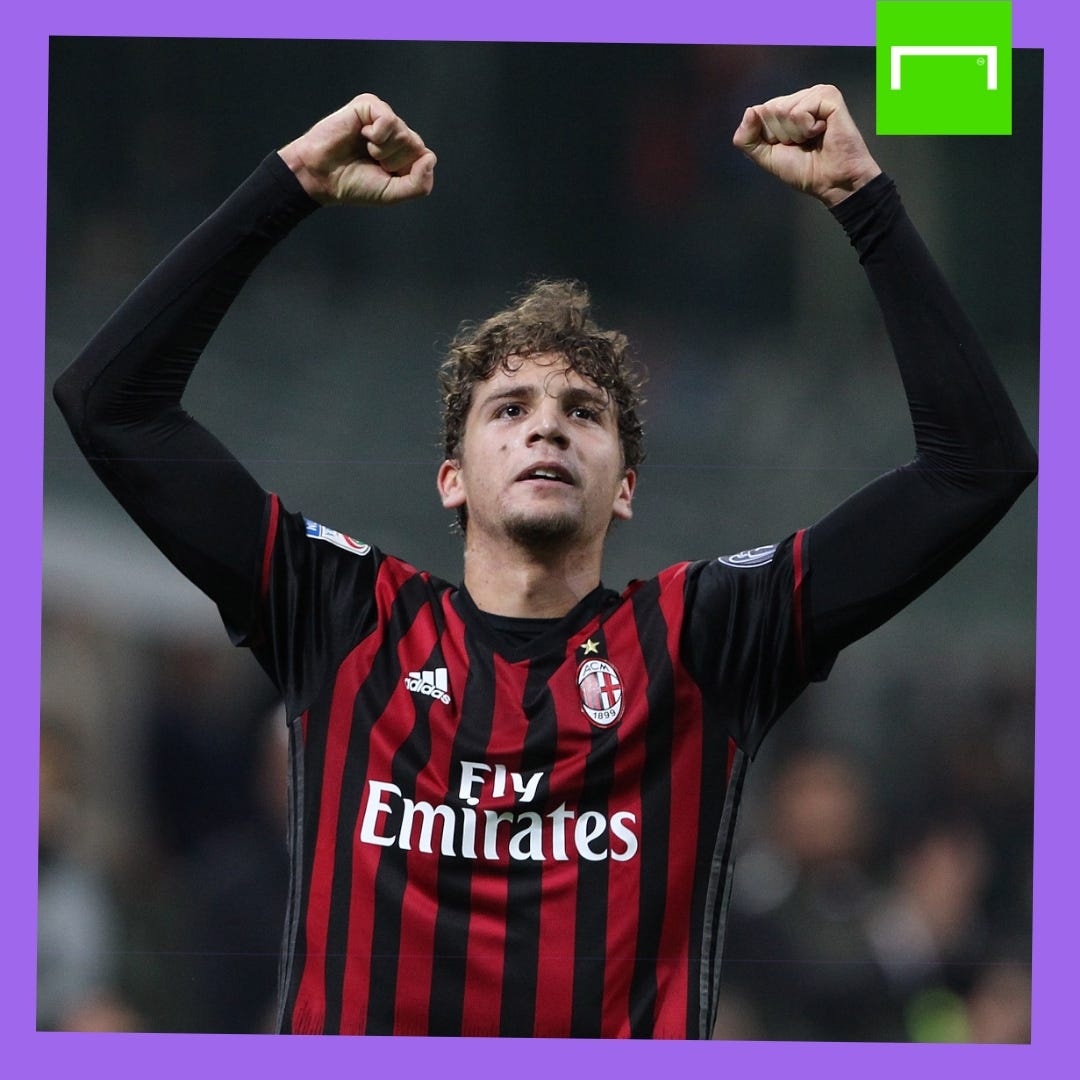 Unsurprisingly, he was being linked with a move away from Sassuolo before the season even finished.

As Goal reported in April, Juventus had opened talks with the Neroverdi about signing Locatelli for €40 million (£34m/$47m).

How the Bianconeri must wish that they had agreed a deal before the Euros commenced, given the 23-year-old's value has only increased after his heroics against Switzerland.

Already, there are rumours of a bid from Paris Saint-Germain, given sporting director Leonardo seems to love nothing more than signing players from Serie A, while talk of interest from Manchester City has once again resurfaced.

Of course, Juve – who Goal has learned are now hoping Sassuolo will accept €30m (£26m/$36m) plus Radu Dragusin – could not have known that Locatelli would announce himself to the wider footballing public quite so quickly.

After all, he probably would not have started Italy's opening two games were Marco Verratti not injured. The Gazzetta even joked that Mancini's only problem right now is figuring how to fit the PSG ace back into his line-up but with Italy having already secured their place in the last 16, the coach can afford to mix up his team in Sunday night's game against Wales.

Locatelli, for his part, is merely hoping that "Marco can be back soon, because he is such a talented player who can make the difference for us".

And that just kind of sums up why this Italy team is so likeable, and so important.

"There is no jealousy in this squad, no personal envy," midfielder Nicolo Barella told RAI Sport. “I don’t think there are secrets to our success. You can just see this is a group that feels unity and enthusiasm, both on and off the field. We take that into our football, so we win and are convincing."

It is not just that they're winning, though. Or confounding critics and making a mockery of stereotypes in the process. They are uniting a nation that has not always been easy to unite.

In that sense, it really does not matter what comes next. Or how far they go.

What matters is that Italy has woken, thanks to Locatelli and Mancini's band of brothers.