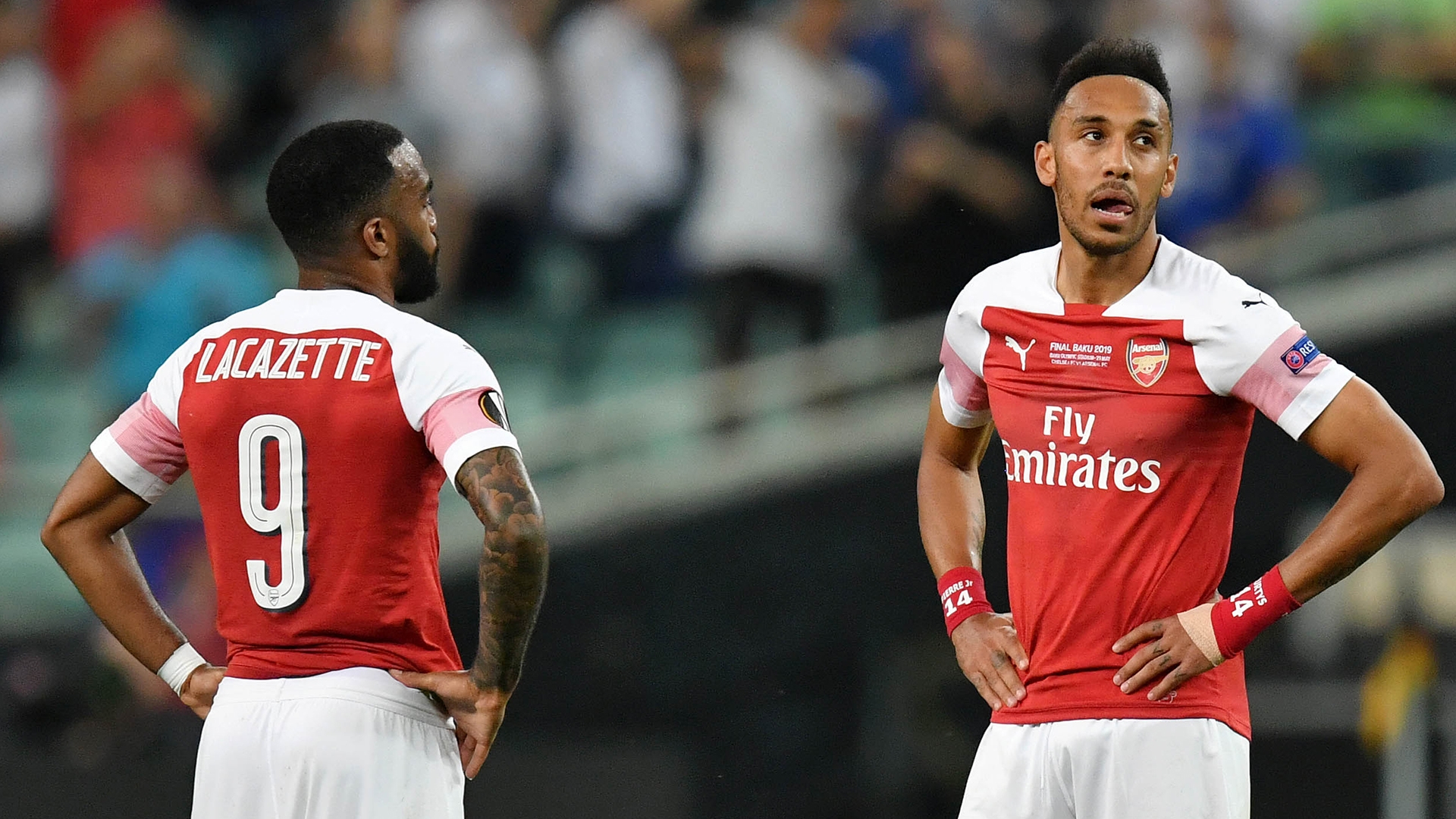 It’s 2,500 miles from London to Baku – and that feels exactly how long the road back to the Champions League now is for Arsenal after they were thumped 4-1 by Chelsea in the Europa League final.

Wednesday night was win or bust for the Gunners having let a top-four finish in the Premier League slip through their grasp in the final weeks of the season, but they couldn’t raise themselves against a Blues side who had already secured themselves a place among Europe’s elite next season.

Now, as they start the long journey back to London, Arsenal are left staring into the abyss as England’s top sides continue to get stronger around them.

Unai Emery will have a transfer budget of just £45 million to play with this summer to try and close the gap on the likes of Manchester City, Liverpool and Spurs.

Arsenal will be joined in the Europa League by Manchester United and Wolves next season, two teams who will no doubt spend massively in the coming months to improve their squads. Emery will not have that luxury.

This had been a promising first season for the Spaniard, but the way things have ended both domestically and in Europe will be tough to come back from.

There is no question of Emery leaving this summer; he will be backed by the club. But for some fans the question of whether he is the right man to lead the rebuild will remain.

And the manner of this defeat in Baku will only add to those questions. Arsenal started brightly, faded after the half hour mark and then capitulated in the second half.

Olivier Giroud stooped to head Chelsea in front on 49 minutes and Pedro made it 2-0 on the hour. Eden Hazard’s penalty stretched the advantage further and the Belgian immediately killed off any hopes of an Arsenal comeback after Alex Iwobi’s brilliant strike had briefly reduced the deficit.

Emery stood hands in pockets as the goals flew in, grinding his teeth at what he was seeing from the technical area.

He will know what now faces him this summer. Another season without the riches of the Champions League makes his job incredibly difficult.

Arsenal are a club whose entire business model is based around the Champions League. In the past two seasons, they have been haemorrhaging money without it.

The wage bill is crippling their ability to spend, with owner Stan Kroenke still refusing to put in any of his own money to help fund things. It leaves Emery facing up to the very real prospect of having to sell just to give himself some money to spend.

Alexandre Lacazette said in the build-up to this final that he would talk to the club in the summer about his future, with the likes of Barcelona and Atletico Madrid said to be circling.

And, unfortunately for Arsenal, it may have to come to something like that because the rebuilding job facing Emery is huge.

It’s not an understatement to say this final was Arsenal’s biggest match in a decade. It was a game they had to win, but they lost in embarrassing style.

There was no fairytale ending for Petr Cech, no trophy for Aaron Ramsey to say goodbye with. Lucas Torreira was in floods of tears when he left the pitch and it was a similar scene in the stands.

A match which promised so much failed to deliver. Now the rebuild begins, but it’s going to be all the more difficult after the nightmare that was Baku.