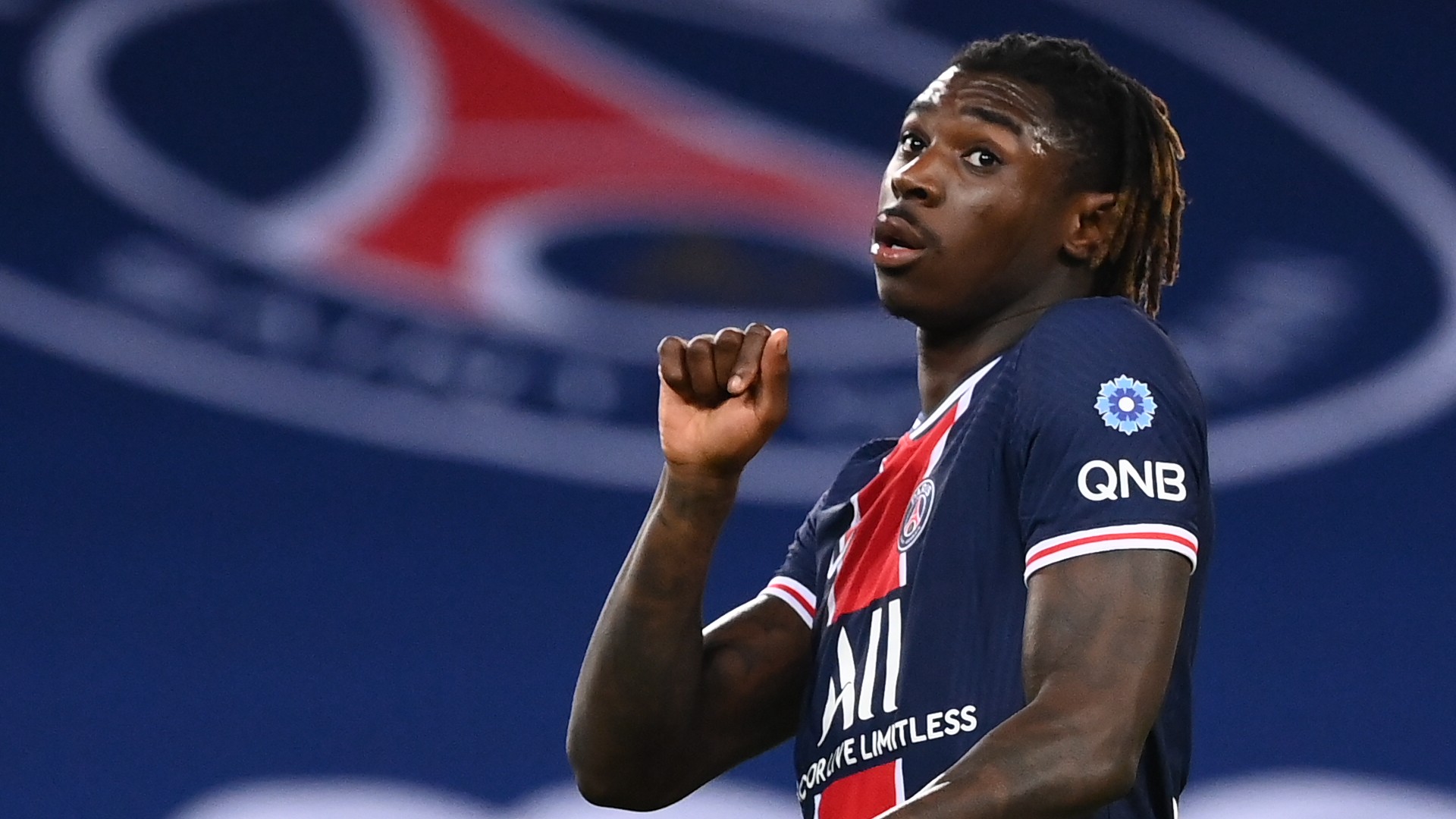 The Toffees allowed the striker to head for France during the summer window of 2020, but no permanent deal has been put in place

Carlo Ancelotti is prepared to make Moise Kean an "important player" at Everton, with Paris Saint-Germain warned there is no guarantee that a permanent transfer will be allowed.

The Toffees allowed Kean to head for France during the summer window of 2020 on a season-long loan.

Kean has thrived at Parc des Princes, registering 16 goals for the Champions League semi-finalists, and is expected to be the subject of further interest this summer.

PSG are yet to enter into talks though, and Ancelotti has left the door open for Kean to return to Goodison Park, saying: "I don't have to convince [Kean] to stay at Everton.  This is what the [loan] papers say. He is on loan and he has to come back.

"If Paris Saint-Germain want him they have to open discussions about him.  We are open [to negotiations] but if nothing happens then he will be an Everton player next season and an important player."

Ancelotti has already admitted that he is in the process of drawing up transfer plans on Merseyside. He is eager to add more quality to his squad after edging Everton into contention for European qualification this season.

The Italian is, however, adamant that another striker does not form part of his thinking. He already has Dominic Calvert-Lewin on his books, while Kean could be absorbed back into the fold to provide another option in the final third.

Ancelotti added: "Honestly, we didn't have a look at the market [for strikers] for next season because we are in the fight for European positions, but I can tell you that it [a striker] will not be the position we are looking for.

"In front we are really well covered because we have Dominic Calvert-Lewin, we have Richarlison, we have in this moment Joshua King and we have Moise Kean coming back."