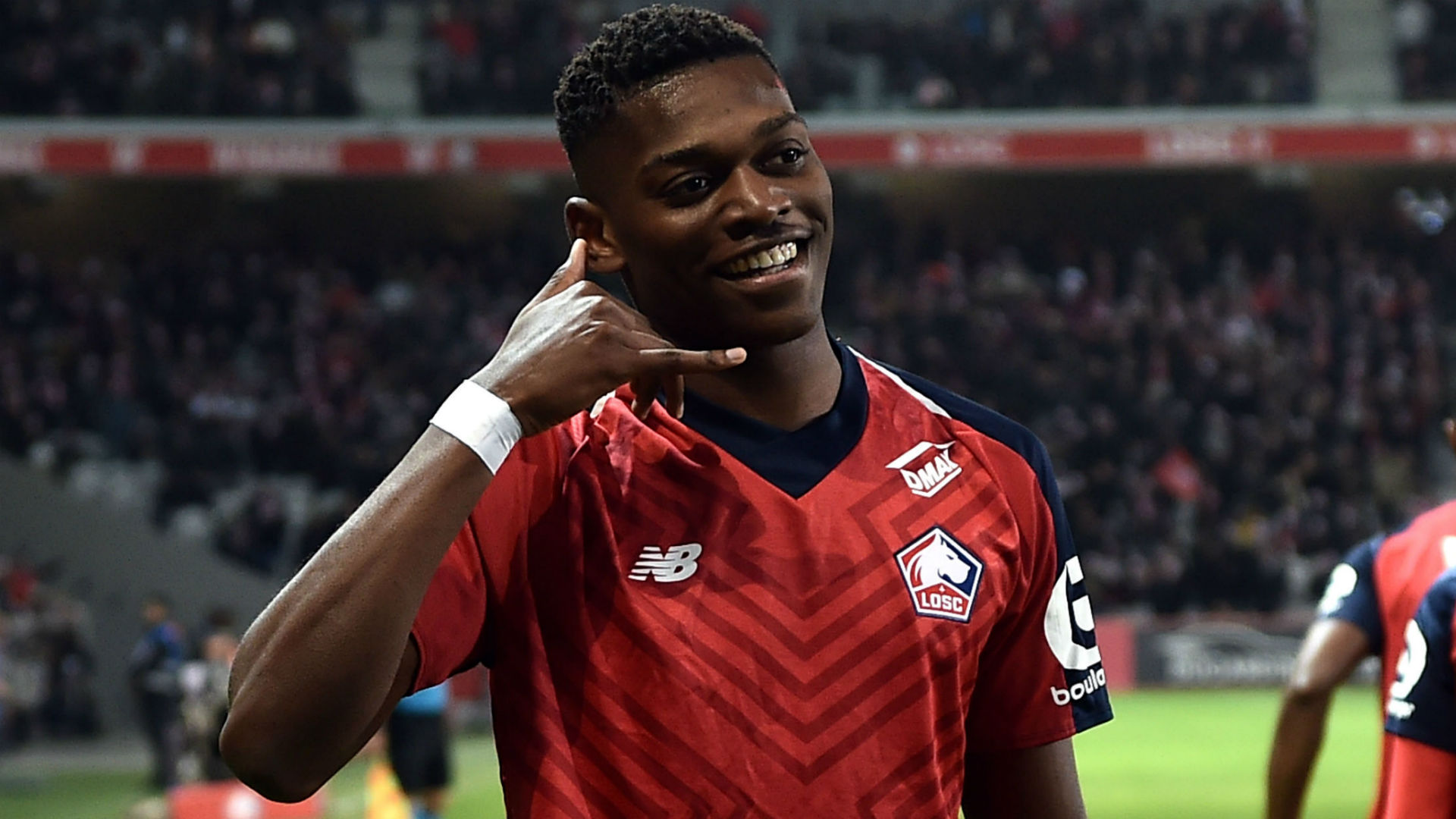 The 20-year-old striker, who can also play on the wing, arrived in Italy on Wednesday to undergo a medical and subsequently signed a five-year deal with the Serie A side.

The Rossoneri had been linked to the Portugal Under-21 international for weeks and reports suggested they would send Tiago Djalo to France as part of the deal, but the 19-year-old centre-back has not been included.

A product of Sporting CP's youth system, Leao joined Lille last August and went on to score eight times in 26 appearances in 2018-19 as they finished second in Ligue 1.

He replaces Patrick Cutrone, who joined Wolves this week for a fee of around £20 million ($24m), and becomes Milan's third signing and most expensive of the current transfer window, following Theo Hernandez and Rade Krunic in joining the San Siro outfit.

Meanwhile, they are also working on the signing of 23-year-old Flamengo defender Leo Duarte, as the Brazilian side's head coach, Jorge Jesus, confirmed that a deal has been reached between the two sides.

"I'm sure Duarte will become a Milan player, it's all done," he said after his side beat Botafogo 3-2 on Sunday. "He's preparing for his move to Europe. I wish him all the best."

While Milan have been busy adding new names to the squad, they have also waved goodbye to Ignazio Abate, Cristian Zapata and Riccardo Montolivo after their contracts expired this summer.

It has been a hectic close-season for the side, starting with head coach Gennaro Gattuso's departure in May, with the former midfielder being replaced by Sampdoria boss Marco Giampaolo.

Milan head into next season looking to improve on last season's fifth-place finish in the Italian league.

Despite occupying a Europa League spot, the club accepted a suspension from continental competitions in 2019-20 for breaking UEFA's Financial Fair Play rules, allowing Roma to take their place.