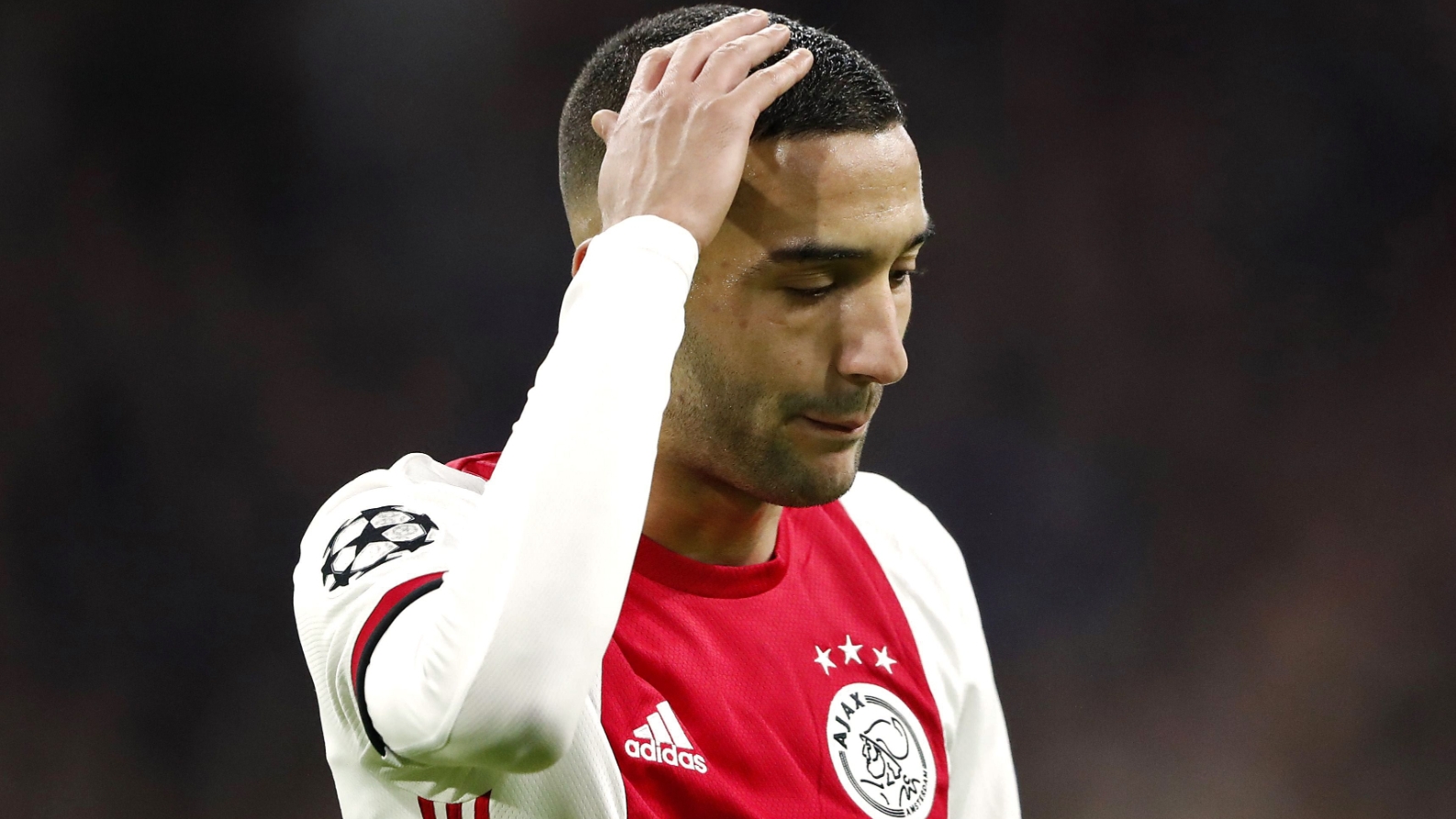 The Morocco star is moving to the Premier League with Chelsea, and won't play for the Amsterdam giants again

Hakim Ziyech has described the “weird” feeling of not being able to say a proper goodbye to Ajax ahead of his move to Chelsea.

The 27-year-old’s time in Amsterdam has been cut short by the decision to end the Eredivisie season without a champion being crowned - a decision Ziyech labelled "bullsh*t".

Ziyech spent four years at Ajax after previous spells at Twente and Heerenveen, but the next time he takes to the field is likely to be in blue.

"This isn't the way I wanted to finish the season and say goodbye to Ajax, obviously,” Ziyech told Voetbal International.

“I, and all people around the club, had something great in mind for the coming months. That isn't happening and that's very unfortunate.

"I knew it was over when [Dutch PM Mark] Rutte said there will be no football until the first of September.

“I wanted to end my time here in a good way, with a championship title.

“On the other hand, I immediately accepted it because there's clarity now. The health of all people is more important, after all.

“It is weird. Not just for me, but for everyone in the Netherlands and the rest of the world. I'm quite relaxed to be honest. I try to keep busy and not give over to the crisis.

“Everybody should try to keep doing what he or she is supposed to be doing. I do that by training every day. By doing that I want to make sure that I'm ready to deliver on the field as soon as this is all behind us."

Ziyech could at least take some solace from the fact his last game at the club was a win, with Erik ten Hag’s side triumphing 3-1 away to Heerenveen on March 7.

“I think you are right when you say it was a remarkable adventure. I was able to experience great things at Ajax and also some less nice things."

Ajax were level with AZ when the season was ended, though they were the top of the Eredivisie table thanks to their superior goal difference.