The Morocco international winger has found the going tough at times in 2020-21, but he has vowed to always believe in himself

Hakim Ziyech has vowed to "always trust" in himself as he seeks to shake off the shackles that have held him back at times during a testing debut campaign at Chelsea.

The Morocco international was snapped up by the Blues from Ajax in a €40 million (£35m/$48m) deal during the summer of 2020, but found himself playing catch-up from the start as he arrived nursing an injury.

A starting berth has proved difficult to nail down since then, with Thomas Tuchel including the 28-year-old from the off in just four of his 12 Premier League games at the helm.

Reflecting on his struggles in Chelsea's 'Unscripted' series, Ziyech said: "Before I came I had been out for seven months mostly. I came here and started with injuries, so for me it was more that I was already behind everybody physically.

"So the way to work hard and coming back to the physical point where I’m normally at, and then still trying to go one step further, it takes some time.

"I’m always the type of guy that always believes in myself, I always work hard in training. It’s not always that it comes out in games, but I’m working hard every day on it. I know what I can do and I always trust in myself."

He added: "It’s always about believing in yourself. Of course you have some points where some things worry you, but you have to be mentally stronger.

"I’m still learning every day to be mentally stronger. I’m always thinking that things happen for a reason, that something better will come after that time. I always believed in that and have that mindset and the only thing I can do is try to stay calm and work as hard as I can." 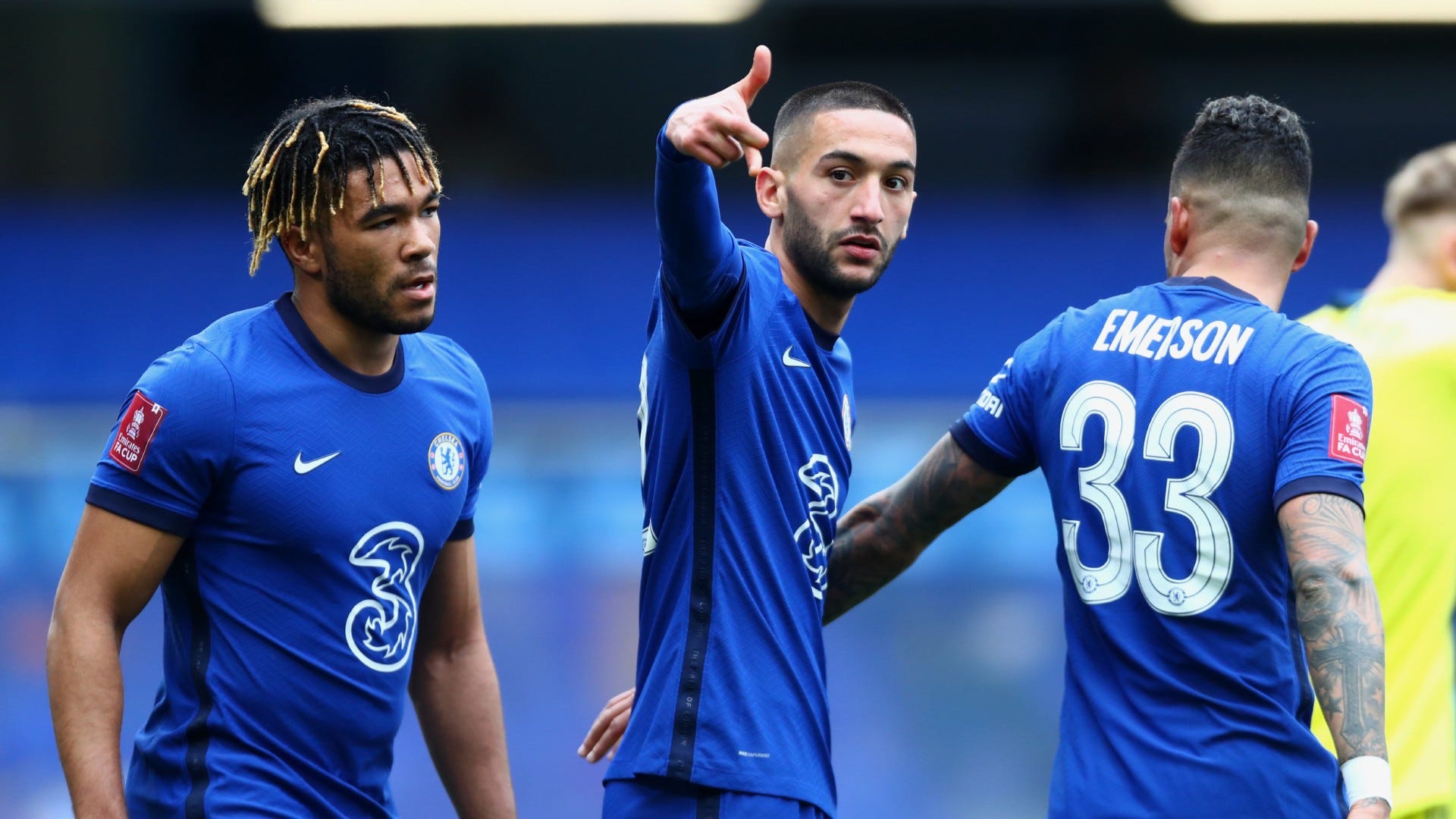 There have been glimpses of what Ziyech has to offer across his 29 appearances for Chelsea - with four goals and as many assists recorded.

He was, however, handed just four minutes across a two-legged Champions League quarter-final clash with Porto that the Blues edged through to book a last-four showdown with Real Madrid.

Tuchel has often favoured other options in the final third, such as Kai Havertz and Christian Pulisic, but Ziyech admits that positive progress has been made under the German.

He added, with the Blues also looking to wrap up a top-four finish in the Premier League: "It’s different, different than we’d had the last six months [under Frank Lampard]. He’s bringing his own vision.

"I think his statistics say it all, so it goes well for everybody. We are doing what we have to do and winning a lot of games, we’re playing good football. So I think everybody at the club is happy with his journey here."

Chelsea will be back in action on Saturday when they take in an FA Cup semi-final clash with quadruple-chasing Manchester City.