Tuesday's win was crucial to the club's Champions League hopes, but it wasn't a sign of much improvement

Nobody can say this Real Madrid victory over Galatasaray in Istanbul was proof they are improving under Zinedine Zidane, but that doesn’t make it any less crucial.

After slip-ups in their opening Champions League fixtures against PSG and Club Brugge, record 13-time winners Real Madrid needed a win in Turkey and they came away with just that, by the narrowest of margins.

Toni Kroos’s deflected strike earned Madrid a 1-0 result at the fiery Ali Sami Yen Stadium on Tuesday, getting Zidane off the hook for now, but Los Blancos rode their luck at times.

Zidane will consider his gamble at the weekend - playing a heavily rotated team against Mallorca in a 1-0 defeat - a success, as his team breathed fresh life into their European campaign.

With the Clasico on Saturday cancelled because of political unrest in Barcelona, Madrid have time to regroup after a tumultuous period - and they badly need to.

Eden Hazard’s pass behind Karim Benzema fell into the path of Kroos, whose strike deflected past Fernando Muslera and into the top corner.

Zidane punched the air, a rarely seen burst of emotion on the touchline from the ice-cold Frenchman, revealing the importance of this game to him and Madrid.

Thibaut Courtois, to his credit, made fine saves on each occasion, hushing some of his many critics, at least for the time being. 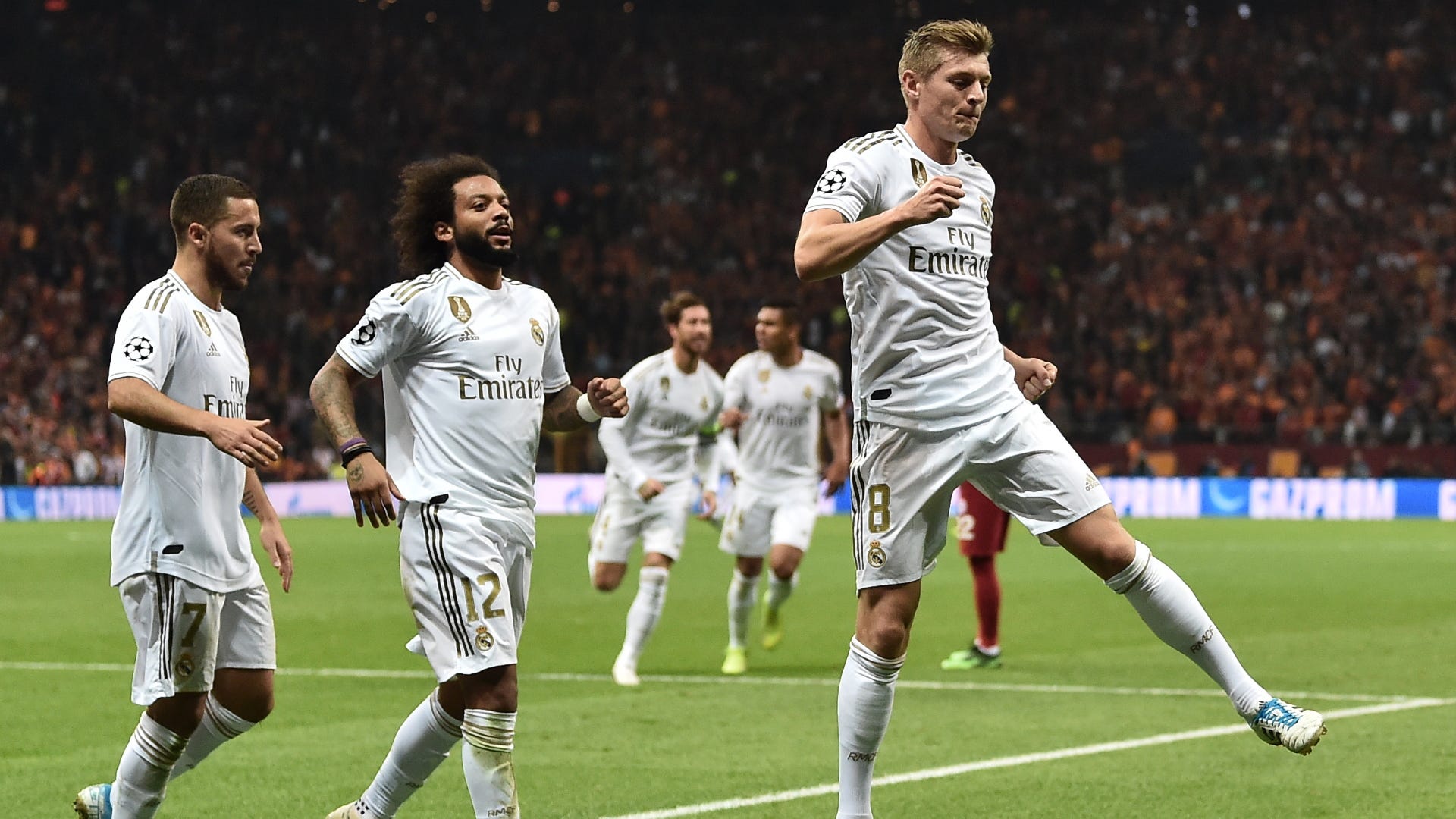 Galatasaray probed and came close several more times, with Madrid made to work hard for their victory.

As essential as victory here was, it is by no means the end of Madrid’s travails. Zidane can breathe easy for a few days, but the pressure will be back on before long.

His curious decision to select Brazilian teenager Rodrygo Goes for his first Madrid start and Champions League debut in a tense atmosphere was neither rewarded or punished.

It looked like another move without much rhyme or reason, beyond the disappointing performances of Vinicius Junior, James Rodriguez, Isco and Luka Jovic against Mallorca. 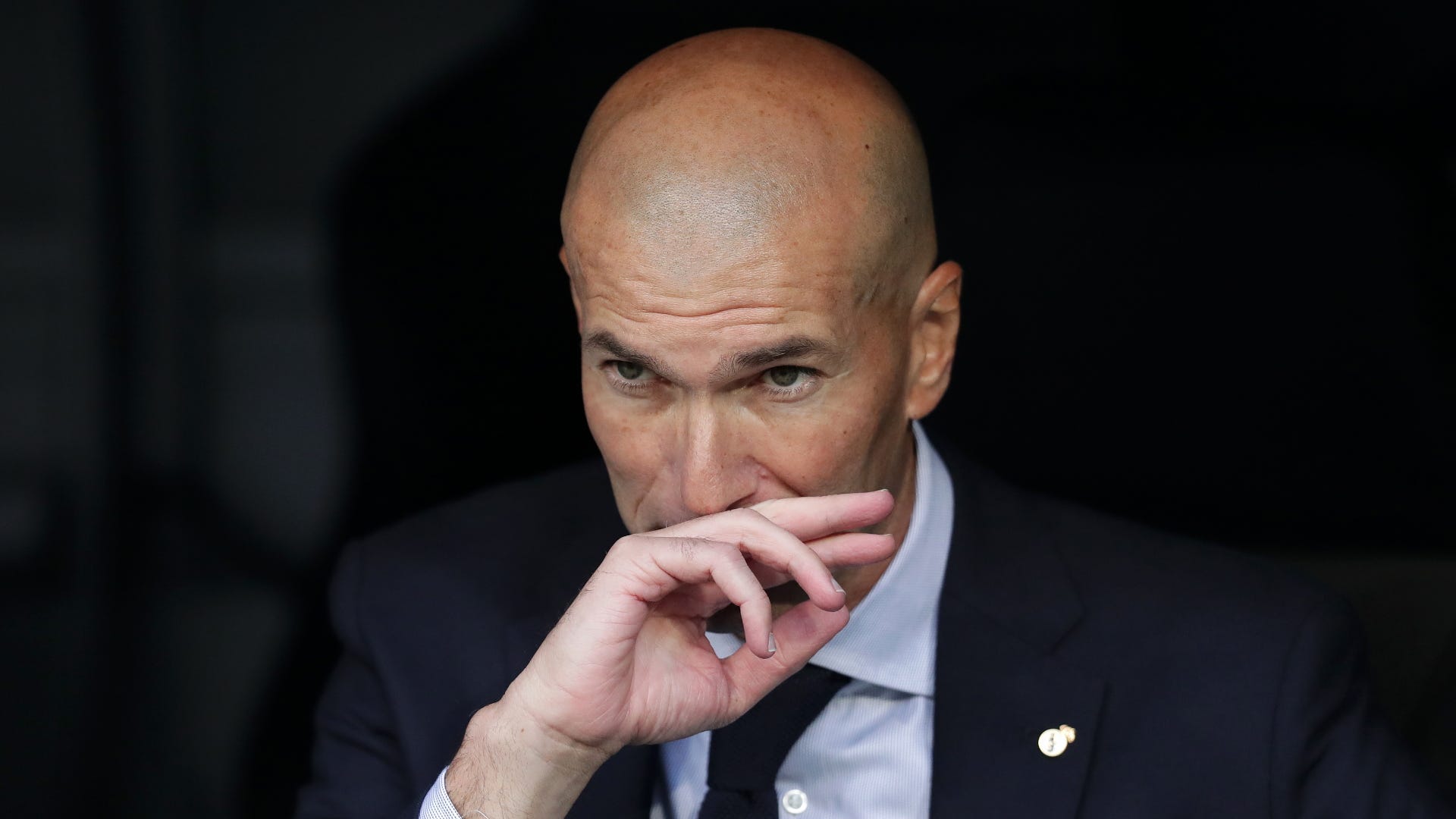 One promising note for Madrid was the increased fluency between Benzema and Hazard.

That combination will be the key to any Madrid success this season and as the game progressed they looked for each other often.

Hazard still needs to calibrate his final ball and finishing, with a few occasions going to waste in the second half, most notably when he rounded Galatasaray goalkeeper Muslera but crashed a shot against the crossbar.

At Chelsea, time would have stood still as he carefully placed the ball past the defender running back and into the empty net, but here his effort was rushed.

Another chance went to waste when he fired the ball into Benzema’s feet from close range at too high a velocity.  Even though they weren’t able to combine to lethal effect, the chemistry between them is clearly rising.

Victory means qualification from Champions League Group A is firmly in Madrid’s hands now, even if it will almost certainly be second behind runaway leaders PSG.

However, last season’s thrashing by Ajax in the last 16 is still fresh in the memory and so far there’s been little to no proof that Madrid are much improved since then.

But hey, at least next time they play Gala it's at the Bernabeu.