Chelsea striker Gonzalo Higuain has confirmed that he will be no longer available for international selection after being cast out in the wilderness following Argentina's World Cup failure.

Higuain has endured a fractious relationship with the national team in recent years, with costly mistakes in the 2014 World Cup final and 2015 Copa America decider constantly used to question his talents.

His last goal for Argentina came in October 2016, in a World Cup qualifying draw against Peru, and he failed to find the net in Russia as the Albiceleste crashed out in the last 16 to eventual winners France.

The former Real Madrid, Juventus and AC Milan striker has since been overlooked by new coach Lionel Scaloni, with the likes of Mauro Icardi, Lautaro Martinez and Superliga pair Dario Benedetto and Matias Suarez all preferred to him in recent call-ups.

And at 31, Higuain has decided the time is right to call an end to his Albiceleste career.

"I think that it is over, thinking things through in depth, my time is up," Pipita told  Fox Sports  on Thursday.

"I want to enjoy my family, and my time. To the joy of many, and maybe not so much for others, my time is up.

"You can now stop worrying about whether I am there or not."

Higuain competed in three finals alongside the likes of Lionel Messi and Sergio Aguero and lost all three, a fact he believes has led to unfair criticism from some of his detractors. 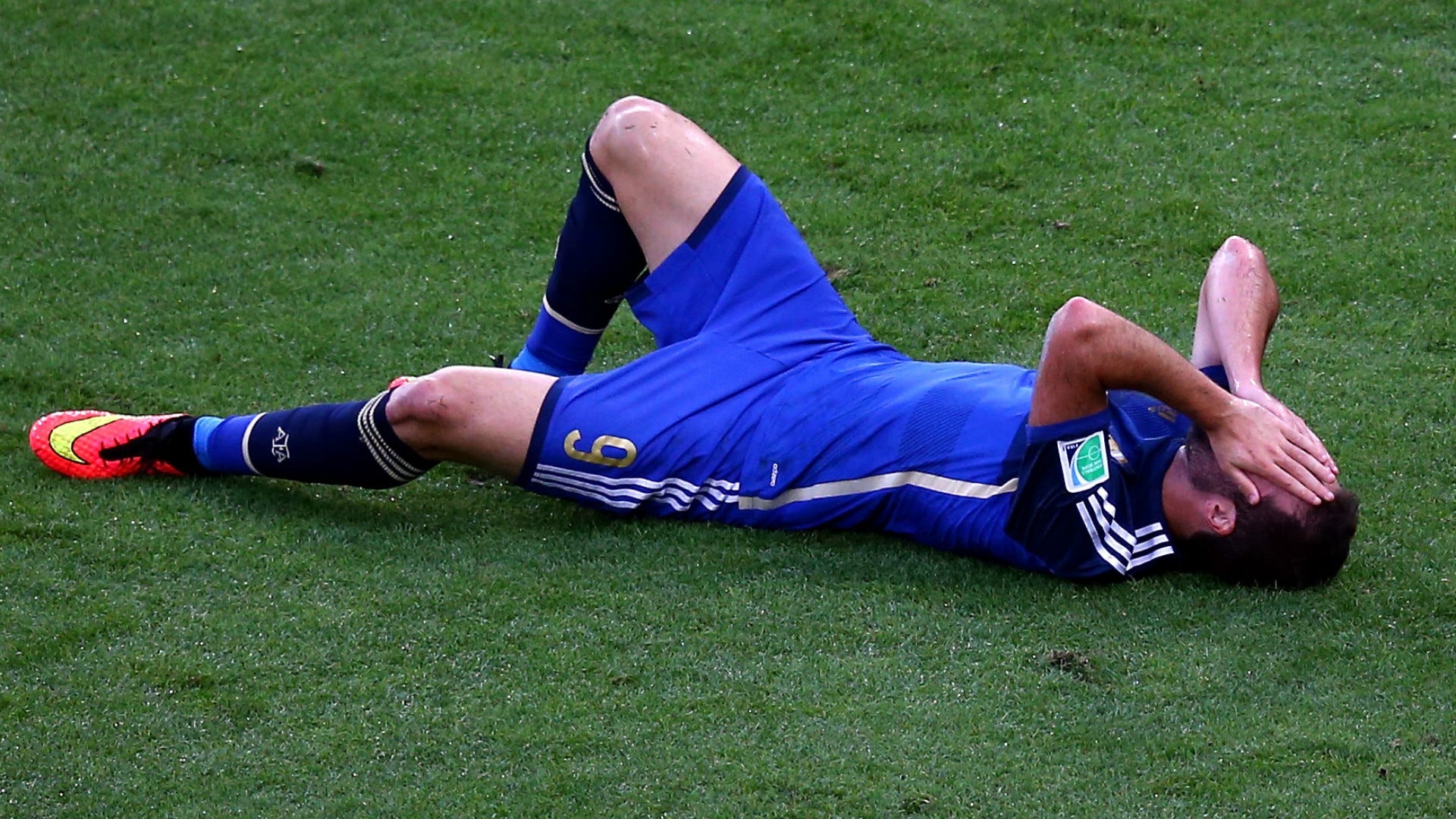 "We have been called failures for making three straight finals and not winning them, one of those a World Cup," he added.

"For me failing is something else, but now let them take care of the new players, a lot of people enjoy criticising more than supporting."

The striker made his international debut in October 2009 under Diego Maradona, instantly opening his account in an agonising 2-1 win over Peru that sealed Argentina's place in the World Cup the following year.

In South Africa he then became the first Argentina player to score a World Cup hat-trick since Gabriel Batistuta with his triple against South Korea, and scored again in a 3-1 win over Mexico in the last 16.

Higuain finished his international career with a total of 31 goals in 75 games, a tally that puts him in sixth place in the Albiceleste's all-time standings behind Maradona.