This wasn’t how it was supposed to end for Ed Woodward at Manchester United.

The executive vice-chairman had planned to depart at the end of the year, having seen Ole Gunnar Solskjaer win his first trophy as manager, and with the club on a solid financial footing because of its inclusion in a lucrative new Super League.

Instead, he is now set for an early exit.

The club say the confirmation of his departure was only brought forward because the news had been leaked to the press, but it seems more than a little coincidental that in the midst of the bitter backlash to the creation of the European Super League (ESL), it has now been announced that one of the breakaway competition's main cheerleaders has decided to resign.

Woodward was one of the "snakes" that UEFA president Aleksander Ceferin singled out for special scorn for his role in the ESL.

With the club's name being dragged through the mud, United players and staff were left wondering why they had been left in the dark over a seismic decision that would have completely altered the footballing landscape.

However, while the Super League may have brought forward Woodward's resignation, sources confirmed that he had been considering his position for some time anyway. The stress and strain of eight years in such a demanding, high-profile role had taken its toll. And yet again he was the person who took the brunt of the criticism for United's role in the ESL while the Glazers remained quiet.

The father-of-two relocated his family to London earlier this year after an attack on his Cheshire home in January 2020 by supporters who were angry with the way he was running the club.

He even referred to the at-times vicious criticism he has received in his parting statement.

“I would like to thank United’s passionate fans for their support during the good and bad times," Woodward said. "I know this has been a challenging period in our history, but your support for the team has never, ever been in doubt."

The key words there were " support for the team", because there was barely ever a time when the club’s supporters got behind him.

From banners flown across stadiums calling him a failure to vitriolic chants and passionate protests, his performance was heavily scrutinised from the day he replaced David Gill in 2013. 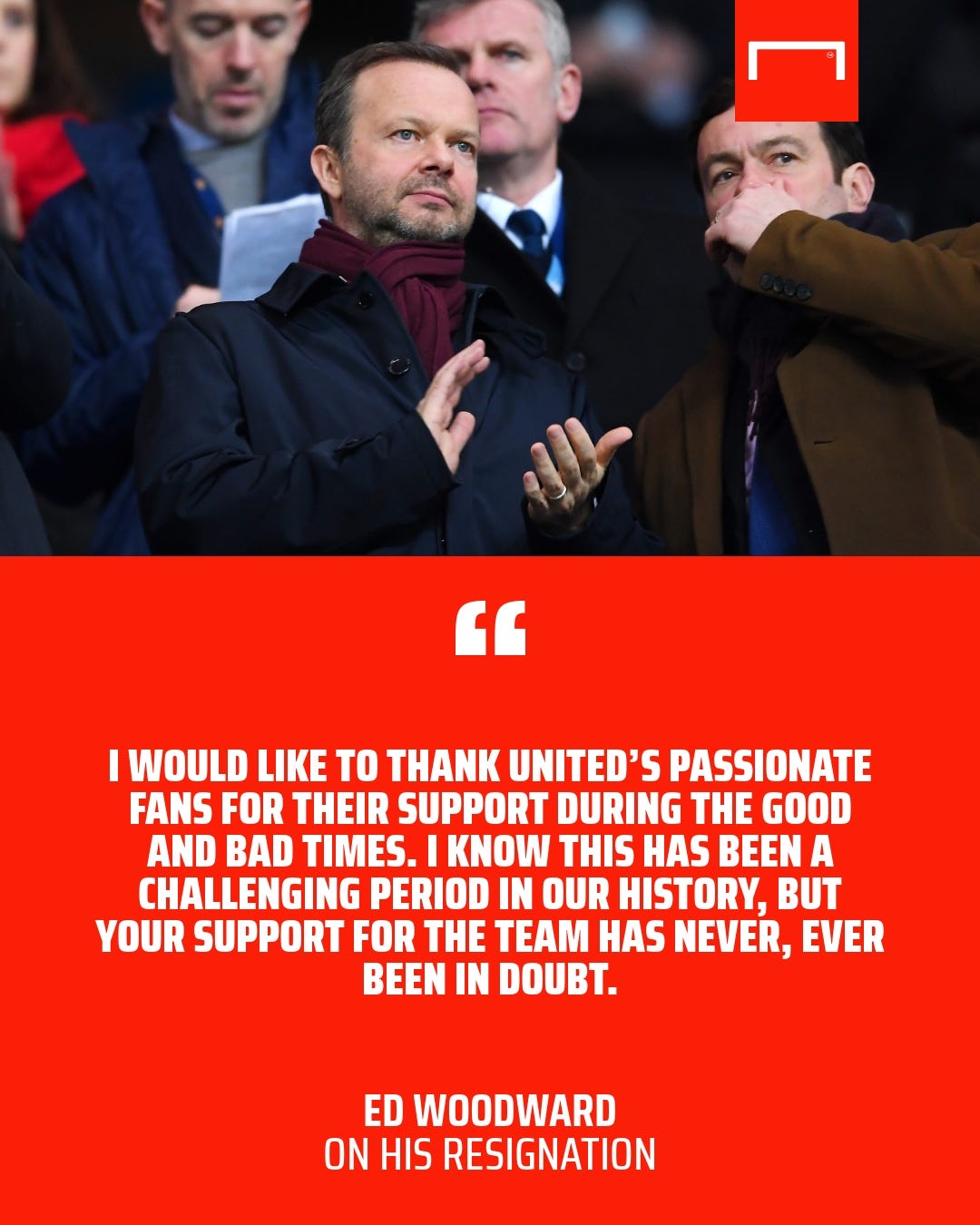 Woodward’s relationship with the Glazer family and the part he played in helping them with the takeover in 2005 played a massive role in the fans' distrust, but of even greater significance was the belief that he was not 'a football man'.

As far as the fans were concerned, an unfamiliar face from the financial world did not deserve to be making important decisions related to the first-team squad at Old Trafford.

He was treated with immediate suspicion. There was a feeling he didn't care about what happened on the field and he hardly helped matters with comments made to investors.

For example, in 2018, he argued: "Playing performance doesn't really have a meaningful impact on what we can do on the commercial side of the business."

Still, the massive impact he made in that area cannot be denied. United's revenue stream has nearly doubled since he took over, which is precisely why the club were able to cope better with the economic crisis caused by Covid-19 than many of their rivals.

However, while he has proven himself a shrewd businessman, securing commercial partners involved in everything from pillows to coffee, his legacy was always going to be judged by results.

In that sense, Woodward's tenure will be regarded by many supporters as a failure, rather than a success, given United haven't won the Premier League since Sir Alex Ferguson’s retirement in 2013.

He sees things differently, though.

"We have invested more than £1 billion ($1.4bn) in the squad during my time here and I am particularly delighted with the progress the players have made under the astute leadership of Ole Gunnar Solskjaer and his coaching team in the last two years,” Woodward said in his statement on Tuesday night. 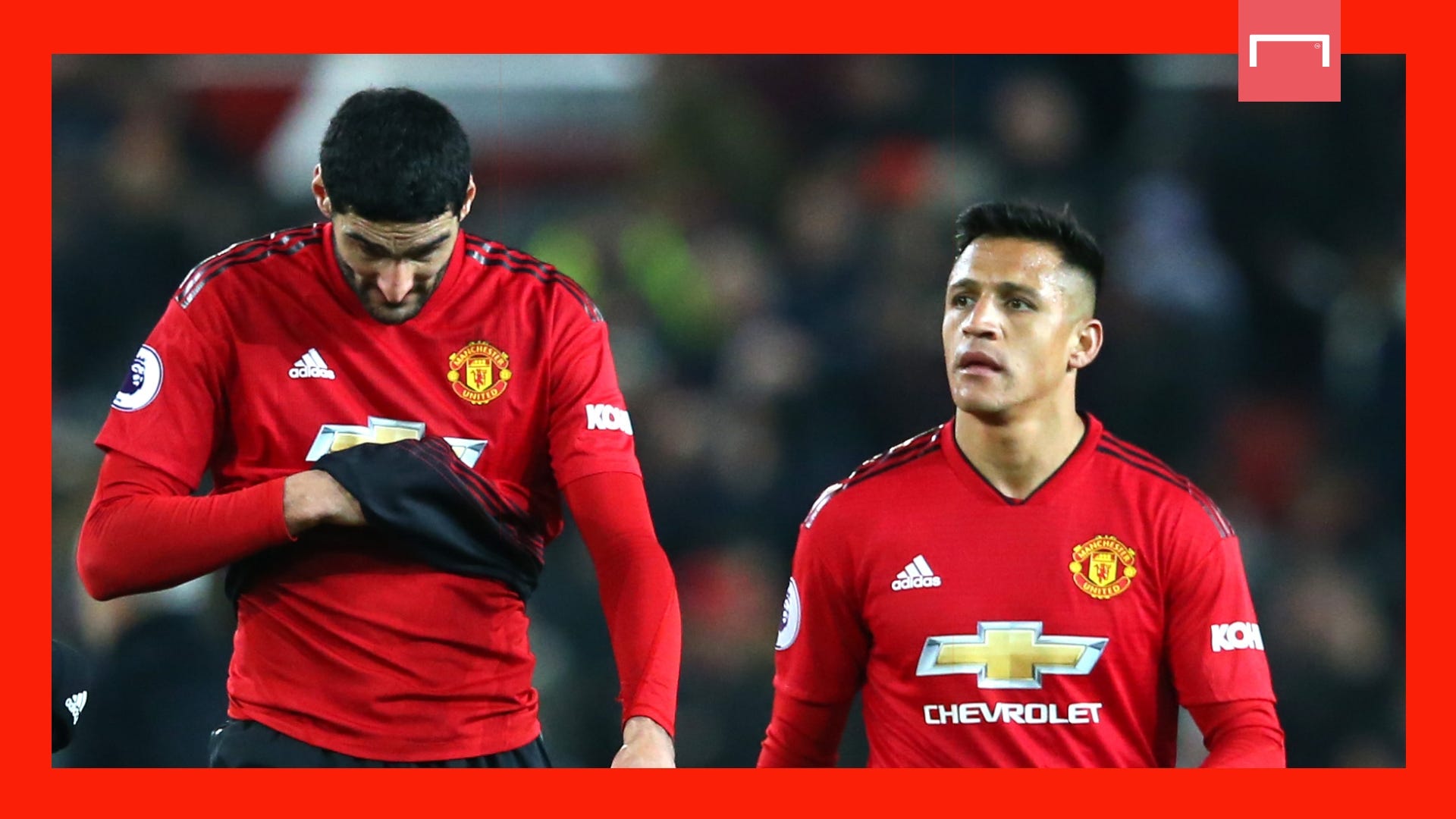 However, while the recruitment strategy has improved in the last couple of years, so much of that £1bn was wasted on expensive players with massive salaries who didn't take United any closer to winning the Premier League.

In his first summer in charge in 2013, he left the club’s tour in Australia to try to sign Cesc Fabregas yet United ended up with Marouane Fellaini.

He clashed with Jose Mourinho over transfer targets in 2018 and, as their relationship unravelled, the Portuguese became Woodward’s third managerial sacking. For many supporters, though, the coaches weren't the problem. It was Woodward and the owners.

The structure at the top of the club has changed over the last couple of years, of course, and Woodward took a step back from transfer negotiations in 2019, allowing Matt Judge to take charge.

But there was another rejig earlier this year, when John Murtough was installed as the club’s first football director and Darren Fletcher took up a technical director role.

Woodward believed that, with the new structure, he would no longer need to take calls from agents or clubs in relation to the buying and selling of players. United finally had 'football men' in place to look after negotiations.

Consequently, while Woodward could, in theory, continue in his role until his contract expires at the end of the year, it would make more sense for him to leave in the summer. There is no update on who is in line to replace him but the feeling is the right people are in place to oversee this summer's player recruitment plan and discussions around that have already begun.

Thanks to the structure he put in place, his departure won't cause any panic at Old Trafford. However, it won't provoke any sadness among the fans either.

Woodward may have secured numerous sponsorship deals for United but he didn't deliver a single league title, something he desperately wanted to do. And that is likely to be the bottom line as far as the supporters are concerned.