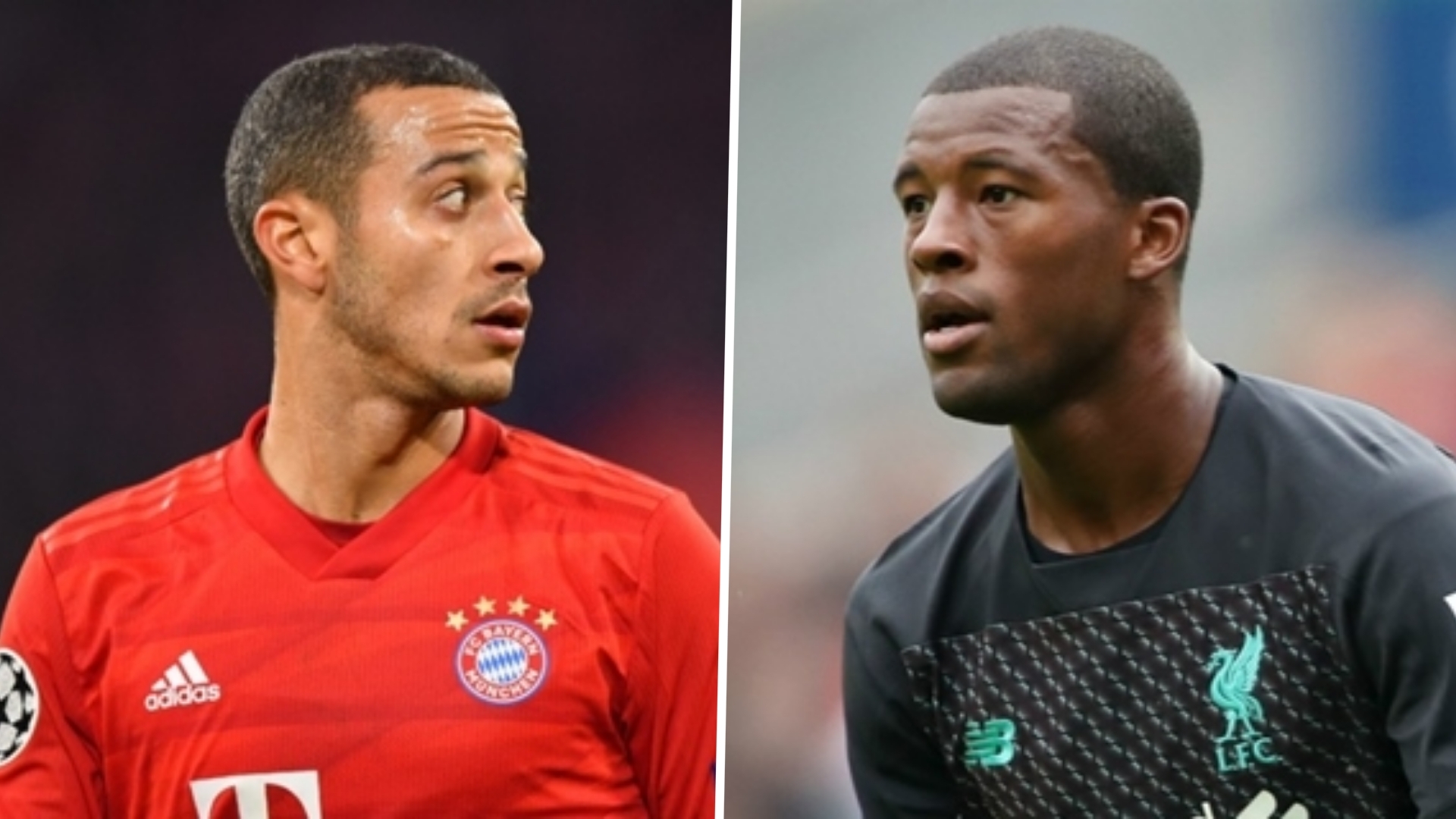 The ex-Reds star feels that, with a Netherlands international in the final year of his contract, additions need to be made to the Anfield engine room

Georginio Wijnaldum’s future remains a “worry” for Liverpool and should be accelerating the club’s bid to get a deal for Thiago Alcantara pushed through, says Don Hutchison.

The Reds remain well stocked for midfield talent at present and have ended their long wait for Premier League title glory.

Jurgen Klopp is, however, aware of the need to further strengthen his ranks in order to maintain lofty standards and chase down more major silverware.

He has been exploring a number of options in the current window, with Bayern Munich playmaker Thiago emerging as a top target.

Questions have been asked of whether the Spain international, who is currently readying himself for a Champions League final appearance, is needed at Anfield.

Hutchison, though, feels that Thiago would be a shrewd addition to Klopp’s squad, especially as Dutch star Wijnaldum has entered the final 12 months of his contract and sparked talk of interest from Barcelona.

The former Reds midfielder told ESPN FC: “I think people are probably looking at Liverpool and thinking 'If it's not broke, don't fix it', because they have been sensational.

“The worry is, Gini Wijnaldum's going into the last year of his contract and he's been linked with Barcelona and maybe working with Ronald Koeman again.

“I think that's the problem but when you look at what Thiago's been doing for Bayern, not just in the Champions League that we've seen in the last couple of weeks but in the many years he's been there, he is just a ridiculous talent.

“He plays the game at his own tempo, his own speed, his range of pass is good, he can keep it simple.

“If the full-backs are bombing forward he can stand still, he can pick up that little pocket to protect his centre-halves if they ever need protection, and his long range of passing is ridiculous as well.

“So he can hit the likes of [Sadio] Mane down the left-hand side and Mo Salah and drop balls into [Roberto] Firmino.

“I think for the money that's being talked, in and around £30 million, I think it's an absolute steal.”

Klopp has been eager to point out that there will be no elaborate spending by Liverpool this summer, but they have already wrapped up a deal for Greek left-back Kostas Tsimikas and should have no problem finding the £30m ($39m) required to land Thiago.