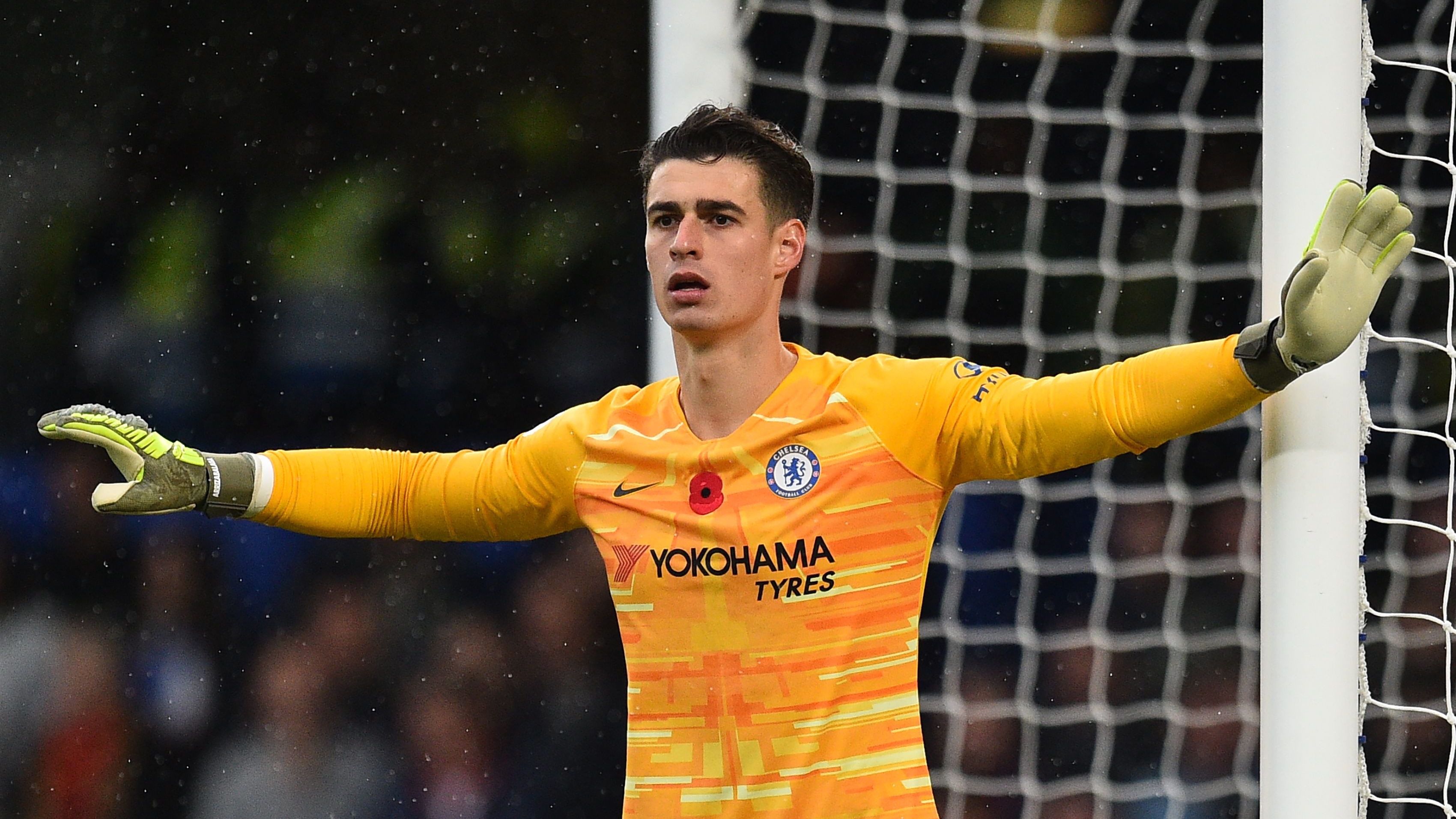 Once hailed as a vital piece of the puzzle under Maurizio Sarri, the Spanish goalkeeper is struggling in recent weeks under Frank Lampard

Kepa Arrizabalaga made his Chelsea debut against Huddersfield Town at the beginning of last season, with the fans in Yorkshire jeering the world's most expensive goalkeeper who had just become his club's £71 million ($91m) record transfer.

That was just two days after arriving in west London and the boos largely fell on deaf ears. Kepa eased through early scrutiny, despite a price tag that may have seen others panic.

Having come through some stern examinations early on, the fee Chelsea paid for their No.1 has been mostly forgotten but there have recently been a number of concerns over his form which have raised questions over his true value.

Thanks to VAR and an uncharacteristic miss from Sergio Aguero, Kepa got away with two sloppy moments in goal against Manchester City in Chelsea's recent 2-1 Premier League defeat .

The 25-year-old was also arguably at fault in some part for the first three goals at Stamford Bridge as Ajax drew 4-4 with Chelsea in a key Champions League clash.

There are also debates over whether he could have stopped goals against Wolves, Burnley and Norwich this season. Furthermore, Chelsea have the joint-worst top-flight defence away from home.

Kepa's save percentage was the worst of any top-six goalkeeper last season and that has dropped further. He has gone from saving 67.8 per cent of shots faced to only 52.5% in the Premier League.

Since joining Chelsea in 2018, Kepa ranks in 27th place out of 33 goalkeepers with a save percentage of 63.98% in the last two seasons.

Frank Lampard's style of play may have led to the drop as Chelsea's defensive record in general has declined under the new manager. However, while they are conceding more, Kepa is facing fewer shots on target per game than he did under Maurizio Sarri.

The expected goals (xG) against Kepa last season was 37.14 in total and he conceded 39 goals in his 36 games played. That's worse this season as the xG against him is calculated at 11.92 but he has conceded 17 times in the league.

In mitigation, Kepa has lost David Luiz to Arsenal and Antonio Rudiger to injury which has led to a less experienced backline in front of him.

However, the data makes for uncomfortable reading on Kepa, who will need to improve with a seven-year £190,000-a-week deal meaning that Chelsea have little choice but to persist with him for the time being.

Like Sarri, Lampard likes his goalkeepers to play out from the back and Kepa is actually playing more passes for his new manager.

Kepa had the best passing accuracy of any goalkeeper in the Premier League last season at 85.4% but even that has dropped to 79% this season. This is arguably down to Lampard implementing a more direct style of play which sees Kepa producing longer, and thus more difficult, passes on a regular basis.

Nonetheless, it is hard to pinpoint why Kepa's form has declined so sharply, leading him to surrender the starting shirt in the Spain goal during their Euro 2020 qualification campaign.

One reason could be that Willy Caballero has been merely an understudy with no real prospect of coming in and taking the No.1 shirt.

Then there's the barb that Chelsea's former third-choice goalkeeper Henrique Hilario isn't of the requisite standard to be first-team goalkeeping coach. Hilario did work as an assistant goalkeeping coach under Antonio Conte and Sarri in preparation for this season.

There is talk that Lampard might now make a change and bring Shay Given into his coaching staff after utilising Ireland's greatest-ever goalkeeper in his staff at Derby County last season.

Kepa is a goalkeeper whose former coaches would regard as a top professional despite his out-of-character refusal to be substituted in last season's Carabao Cup final. But professionalism alone doesn't cover all the skills needed in goalkeeping with communication, confidence and calmness all key attributes for a top No.1.

Lampard has spoken of the former Athletic Club man's confidence when the Blues were struggling for clean sheets earlier in the season.

"Goalkeepers pride themselves on clean sheets," Lampard said after Chelsea's first shut-out in 10 games at home to Brighton. "One of the things I’ve seen from Kepa this season from working with him is that he’s a very determined and very good professional who wants to improve.

"He goes about his work daily in a way that is very focused and I love that. In terms of confidence, his confidence shouldn’t go down. The clean sheets are not always just his own responsibility. He knows that.

"But when there have been moments this season where he feels it may have been his responsibility, he is very open to accept that fact and work to improve. I’ve been really impressed with him."

There were great Kepa moments in the Europa League last season, especially at home to Eintracht Frankfurt. Then there were the league games away to Arsenal and Tottenham. He might want to watch back those performances of last season to see where he excelled.

He might also need to produce the real match-winning performance that has eluded him thus far in his Chelsea career to get the fan base back onside during a tricky patch of form.

Because those straightforward, unfussy displays at the start of his time in west London seem far away now.