A young Lisa Weiss remembers watching on TV as the Germany men’s national team made one of their regular trips to Frankfurt, which is customary whenever the country wins something special.

They gather on the balcony of city hall with their silverware and show it off to the thousands of fans below who swarm the square to celebrate another national triumph.

When Weiss was just 21 years old, she got to do that herself as part of the women’s national team that reigned supreme at Euro 2009.

“You stand there and you think, ‘Wow, I'm here now! And I'm not watching this on TV!'” she tells GOAL, still lost for words at times when she replays the moment in her mind.

As the goalkeeper recalls watching Die Mannschaft engage in the famous celebration, she is trying to remember the title they had just won in her memory. It’s fitting that she can’t put her finger on it, because there have simply been so many.

After all, the men’s team has four World Cup trophies to its name, as well as three European Championships. The women have two World Cups, an incredible eight European titles and an Olympic gold medal.

The success doesn’t stop there, either, as the youth teams have also won 30 major tournaments between them, the most recent of those coming in May when an eighth UEFA Women’s Under-17 Championship was added to the collection.

It’s no wonder, then, that every Germany team goes into a tournament with a contender tag, even if they’re not at their absolute best – just as the women's team do for this month's Women's Euros.

At the end of the day, winning is what they do.

The question is, though, how do they do it? It’s a simple question, but one with a lot of different answers. 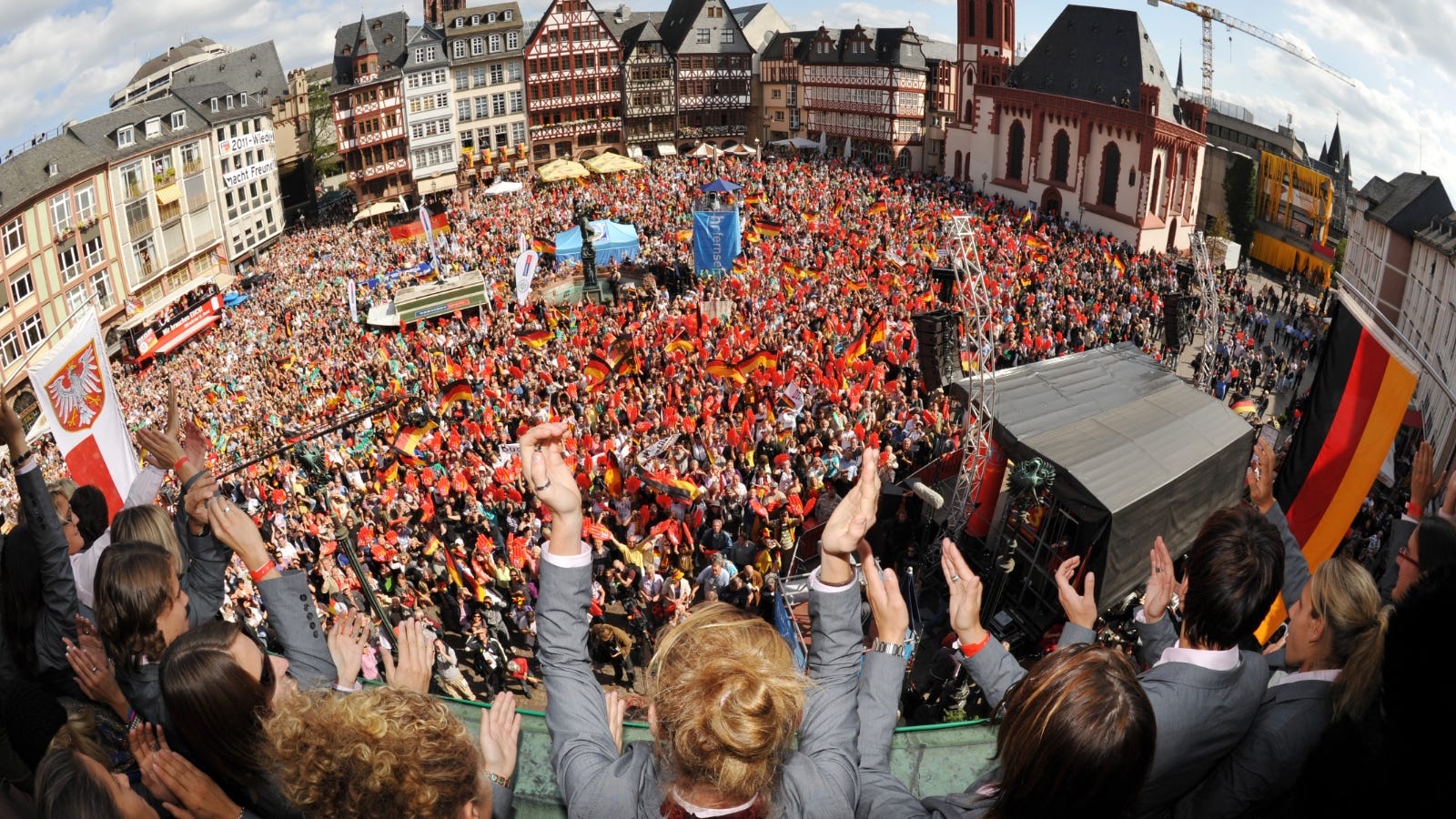 Shortly after Germany tasted defeat to Brazil in the 2002 World Cup final, the German Football Association (DFB) introduced its Talent Development Programme, an initiative that would set up almost 400 bases across the country to further develop young players.

Over the last 20 years, this programme has been upgraded, tweaked and improved in every way possible, such is the DFB’s attention to detail.

That trait is one key factor in the association's success. Their meticulous approach is seen in the work it does with academies, amateur clubs and state associations to identify and nurture talent.

Another trait becomes evident while talking to Weiss about her experiences.

Over 10 years ago, when the goalkeeper first started representing her country at international level, women’s football was not in the developed place it is today.

And yet she remembers the quantity and quality of the staff around here. There were multiple physios, a full-time doctor, video analysts and more.

Even the presence of a goalkeeper coach may seem trivial, but it has only just started to become commonplace in even the women's game's most progressive countries.

For so many years, Germany has been ahead of the curve. It has been forward-thinking and advanced in all that it has done, which is why the team has remained competitive at all levels for an incredible amount of time.

However, many other countries followed their lead and are now reaping the rewards.

“We have reached a decisive turning point – we want to raise our training to a new level, as other nations have now not only caught up with us but also overtaken us,” Joti Chatzialexiou, director of the German national teams, tells GOAL. 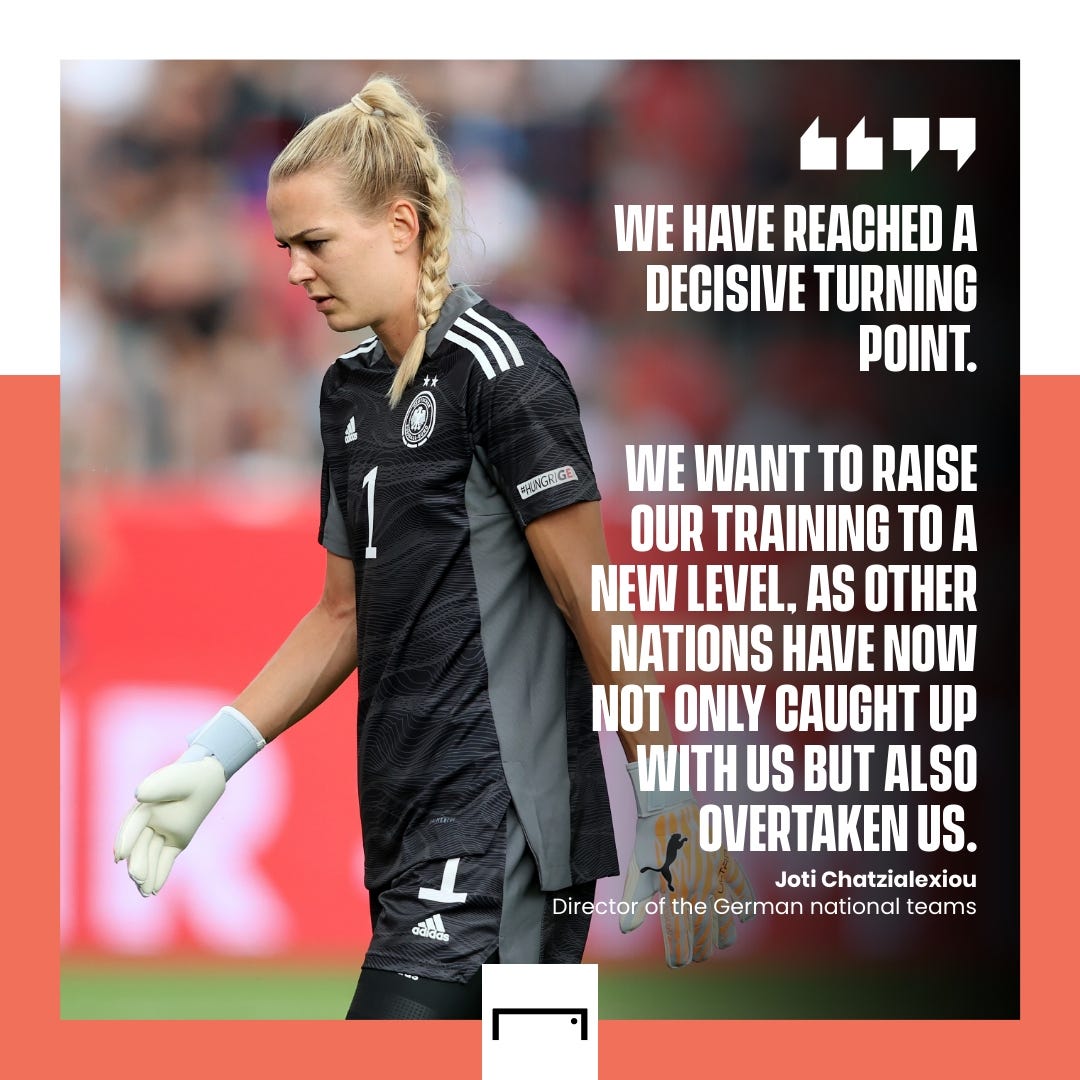 “[As for our winning mentality], we often discuss that we feel we are losing this quality a little bit. This is also a generational development, changing life circumstances.

"But always putting on the scale the qualities for which we are envied around the world is our absolute ambition.

“Our teams have always been characterised by outstanding team spirit and the titles, especially with the Under-21 national team, have not always been won by the better individual players, but rather by the better team. We need to retain this strength.

"However, we also want to develop more players with outstanding skills. Other nations are more successful in this matter than we are.

"So, this is our aspiration as a great soccer nation: we want to get back to the top of the world!”

That winning mentality is the stand-out trait when you think of Germany. It’s what gets its teams over the line so often, even when it is not at its best.

Chatzialexiou references the U21s Euros win last summer as a good example. The 2014 World Cup win is another.

“We could only celebrate when we won!” Weiss laughs, remembering her days in Germany’s U23 team. “I remember we played the Nordic Cup final against the USA and we lost, and everybody was like, ‘Okay, but it was still good.'

“But from the coaches, we got the feedback – it's not enough for us. We couldn't celebrate and have a drink together because the coaches said, ‘No, no, no, we have to win this tournament.'

"We wouldn't accept to lose and this was something that I learned in the national team, definitely.”

It’s the reason she believes the women have had so much success, too, from her experiences working with one of its best ever teams. The Euro 2009 triumph she enjoyed was Germany’s fifth in succession. 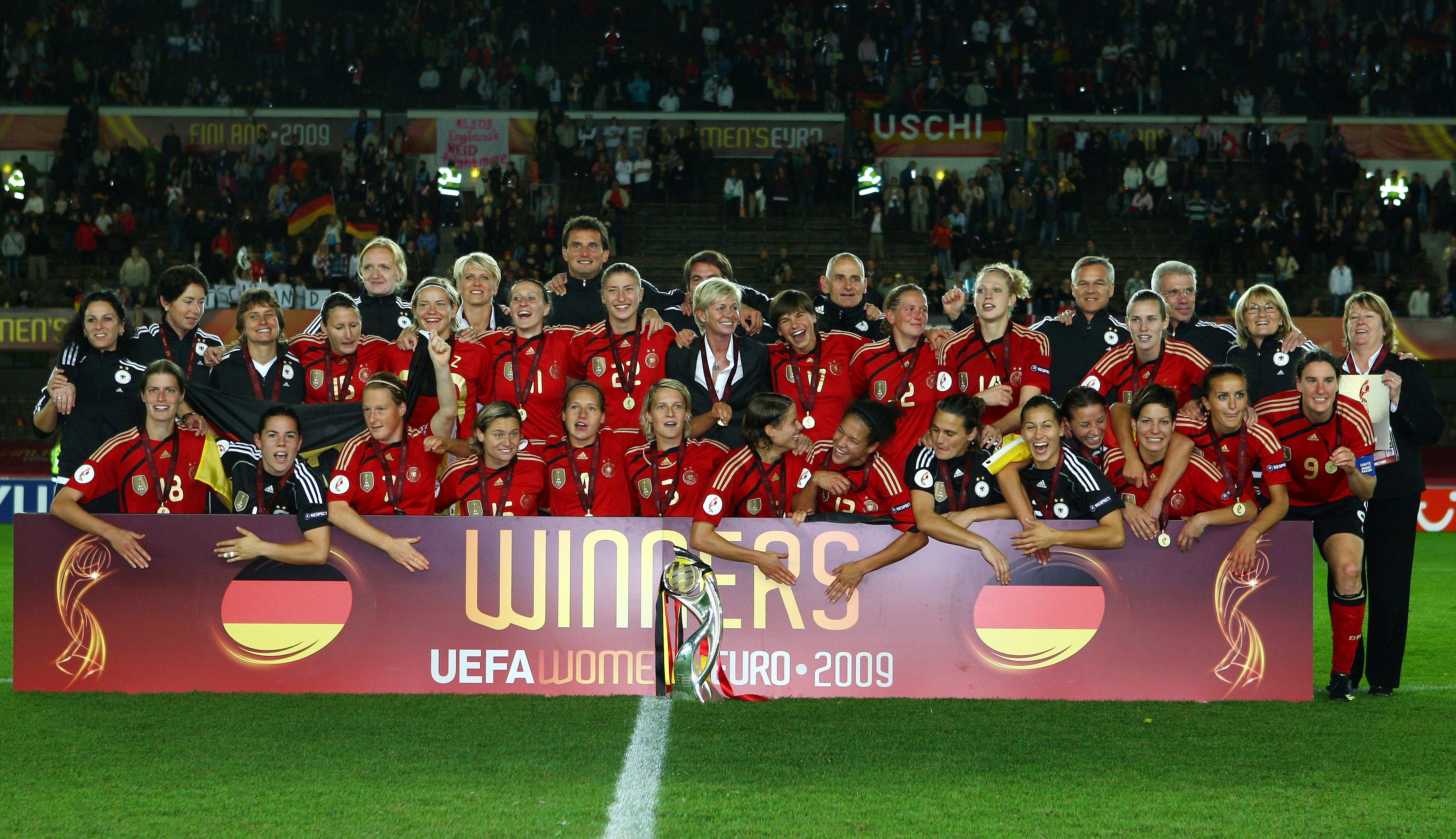 “I think it's the mentality and the drive of, ‘I want to win every game,'” she says. “We had a coach at the time, Silva Neid, who demanded a lot from the players and a lot from herself.

"We were also demanding a lot from each other. When there was a missed pass or something people would say, ‘Come on, let's go! What is this?’”

“We trust that intrinsic motivation and being obsessed with success can tip the scales in favour of less talented teams within a match,” Chatzialexiou adds, noting the DFB’s emphasis on maintaining that mentality. “Therefore, these elements are enormously important to us.”

“Sometimes, I felt we need to be a little bit more chill and not to be, I would say, too German – because we are very strict,” Weiss concludes.

“Sometimes, it's too much but also, I think these are things where you hold on to and this makes also a little part of your success. Maybe it's crazy for other people.

“When I see the U.S. women's team, how they go, for example, to have lunch, they are dressed in everything, it doesn't matter. But then you see the Germans like they are in the military!” she laughs.

“We all look the same. I think this is something that is special for us. I would like to have this a little bit more chill but maybe this is the key also of being successful – not only the clothes, but the rules of everything.”

The matching attire might not be the secret to so many consistent and successful German national teams, but it sums up the mindset behind them all.

There are things they need to improve to keep up with what is going on around Europe and the world, but while Germany has that mentality, you can never write them off.