The Portuguese superstar has long been associated with the iconic No.7 for both club and country, and Goal takes a look at the origins of that choice

Cristiano Ronaldo has become synonymous with the iconic No.7 shirt, wearing the number in his first stint at Manchester United and continuing the tradition during his time at Real Madrid and Juventus.

And now, he's returned to Manchester United in a sensational transfer and has once again been reunited with the legendary No. 7 jersey .

The Portuguese superstar – also known as CR7 – has turned his name and digit into an international brand, and it's hard to remember that he was ever associated with another number.

But why does Ronaldo wear the No.7, and for how long has he been wearing it? Goal takes a look.

Why does Cristiano Ronaldo wear No.7 & has he always worn it?

Ronaldo has long been associated with the number 7, which has also helped him create the global brand of 'CR7'.

Though the Portuguese striker has become synonymous with the number, it wasn't his favoured shirt of choice until he arrived at Manchester United.

He wore the No.28 during his time at Sporting Lisbon and it was only when he signed for the Red Devils in 2004, when then-manager Sir Alex Ferguson convinced him to take the iconic shirt due to his belief that Ronaldo would be able to reach the same heights as those who had previously worn the number, that a new era was opened.

The striker arrived at Old Trafford asking to wear his favoured choice of 28, but Ferguson talked him into taking the seven jersey that was worn by such greats as David Beckham, George Best and Eric Cantona. 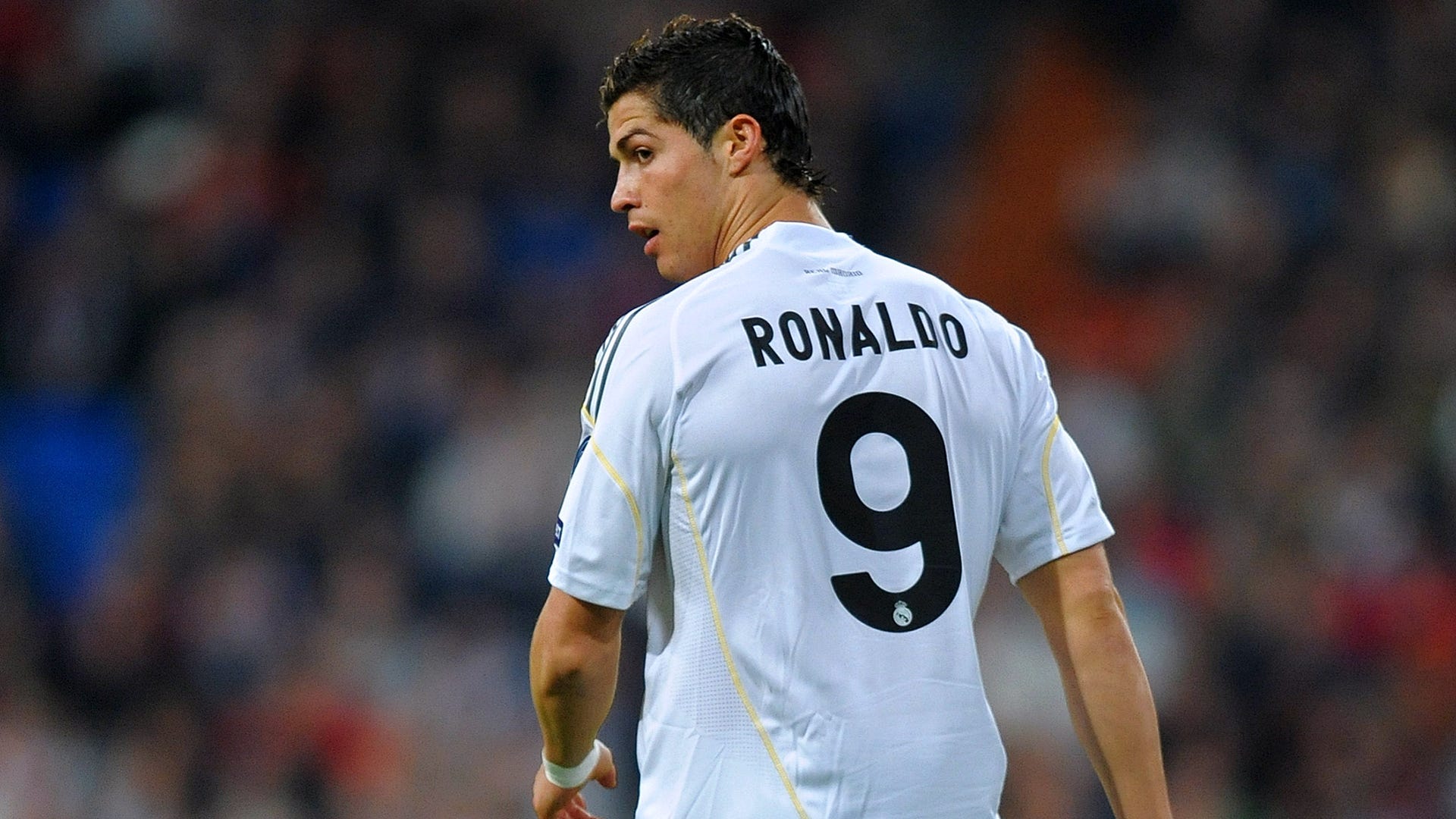 Sure enough, Ronaldo set the Premier League on fire, ravaging opposition defences, and it was in England where he won his first Ballon d'Or award in 2008 after scoring 42 goals in a single season.

However, when he moved to Real Madrid in 2009, he wore No.9 until the No.7 shirt was vacated by the legendary Raul who left to play for Schalke in 2010.

He would go on to succeed Raul in every sense during his nine-year spell in Madrid, surpassing the Blancos hero to become the club's leading goalscorer of all time.

Following Ronaldo's return to Old Trafford in 2021, Edinson Cavani vacated the No. 7 shirt to the No. 21 in order for the Portugal captain to assume his favoured number.

"Manchester United can confirm that Cristiano Ronaldo will wear the iconic no.7 shirt after returning to Old Trafford," the club explained in a statement published on its official website.

"The Portuguese superstar famously wore the legendary shirt number during his first spell at United and we can now confirm that Ronaldo will have it on his back once again."

The statement continued: "As we all know, the no. 7 is a special number in the history of United.

"It has previously been worn by club icons like George Best, Bryan Robson, Eric Cantona and David Beckham. Now, it returns to the man who succeeded Beckham in it, Ronaldo.

"Ronaldo inherits the number from Edinson Cavani, who wore the shirt last season and in our away win at Wolverhampton Wanderers last weekend.

"As our new signing is allocated no.7, El Matador will switch to no.21, the same number our prolific striker wears for the Uruguayan national team."

Why did Cuadrado give Ronaldo the No.7 jersey at Juventus?

Ronaldo's No.7 shirt has become iconic since his Old Trafford days, and the striker even took the numbe r from Juan Cuadrado following his switch to Juventus earlier on in the summer. Cuadrado now wears No.16.

The Colombia international had worn No.7 for Juventus since arriving on loan for the second time from Chelsea prior to the 2016-17 season, but had to vacate the shirt once the ex-Real Madrid forward signed for the Serie A champions.

Cristiano Ronaldo has explained how he got the No.7 shirt at Juventus!

Cuadrado had no hard feelings about the shirt change, writing on Instagram: "It is better to give than to receive! Blessings Cristiano in this new adventure."

He then proceeded to poll his Twitter followers to decide which new number he should use – and they decided on No.16.

What Juventus No.7s is Ronaldo following?

Italy international donned the No.7 shirt at Juve before it went to Cuadrado for two seasons, and Simon Pepe was the man wearing the sought-after number for four years.

Hasan Salihamidzic and Gianluca Pessoto also both wore No.7 at the Bianconeri, as well as Angelo Di Livio from 1993 to 1999.

Prior to Deschamps, it was former Chelsea boss Antonio Conte and Giancarlo Marocchi who took on the No.7 shirts.

Other stars who have worn No.7 while playing for the Bianconeri include Andreas Moller, Marco Tardelli and Paolo Di Canio.

Does Cristiano Ronaldo wear No.7 for Portugal? 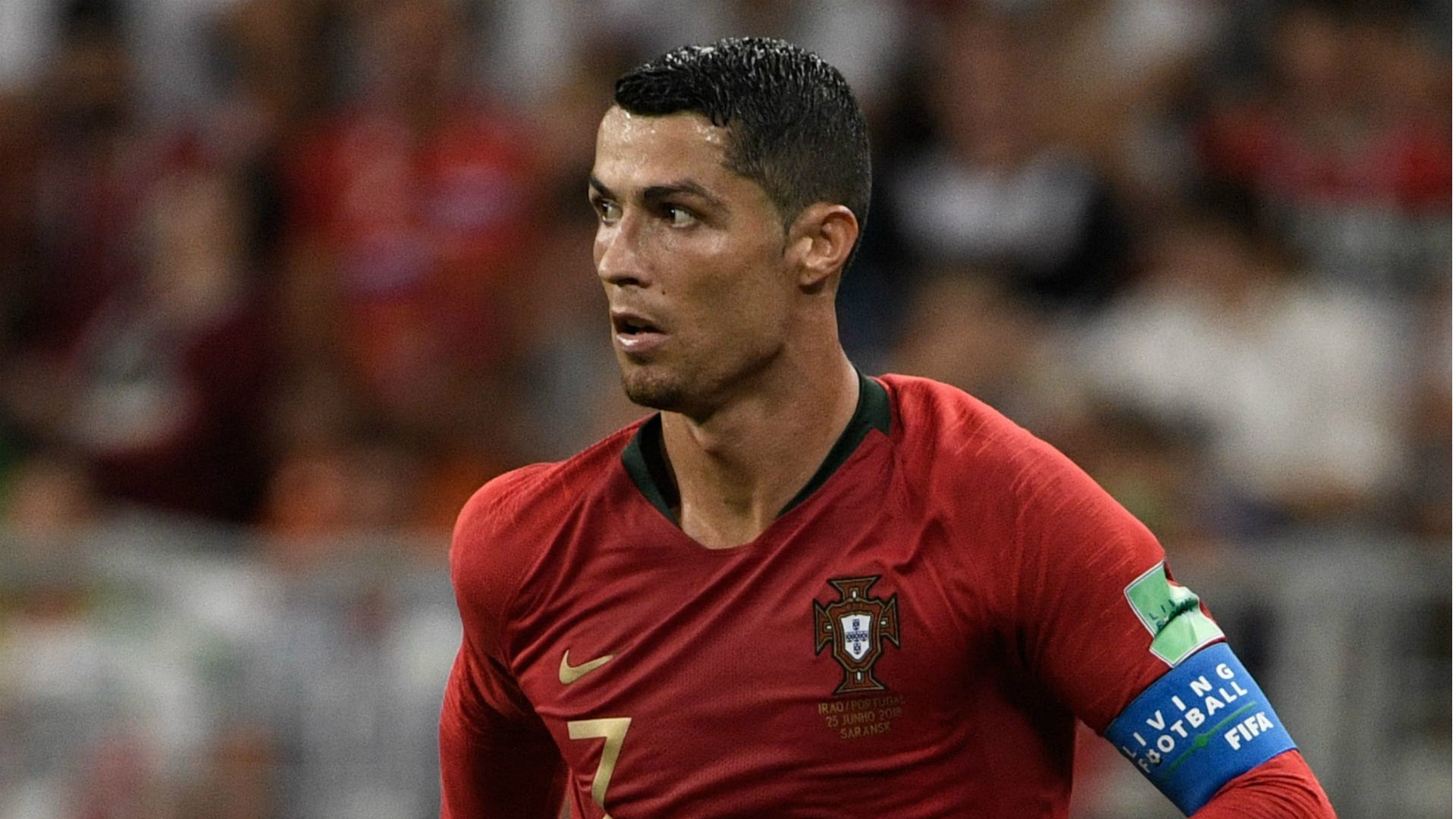 Ronaldo has also worn the No.7 shirt when on Portugal national team duty, first wearing the No.17 when playing alongside the legendary Luis Figo in the 2004 European Championship.

After Figo retired, however, Ronaldo once again claimed the talismanic No.7 jersey.

Football aside, the number 7 has long been associated with luck and fortune in various cultures around the world.