Why Arsenal-bound Suarez failed to make the grade at Barcelona 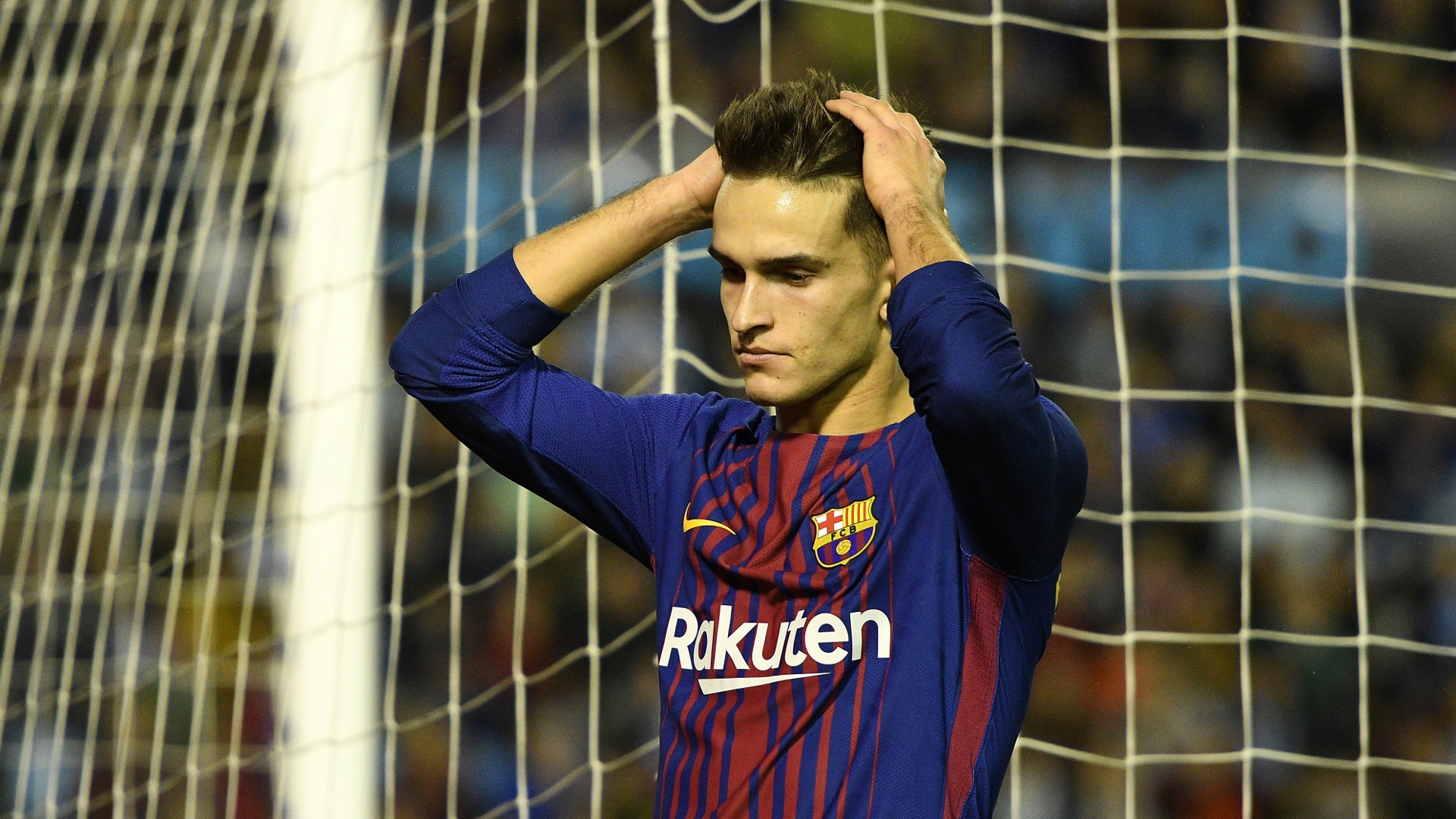 After two-and-a-half immensely frustrating years at Barcelona, Denis Suarez looks set to make a fresh start in the Premier League.

The versatile midfielder will have the chance to relaunch his flagging career at Arsenal, with a January loan move now close. It is a fantastic opportunity for Suarez, who has failed to fulfil his potential since moving to Camp Nou.

But why did the 25-year-old fail to impress alongside the likes of Lionel Messi and Luis Suarez? And can he show his best side for an Arsenal team that is also struggling to meet expectations after such a promising start to the season under new manager Unai Emery?

Emery, of course, played a bigger part than most in Suarez's Barca move. After unsuccessful early stints at Manchester City and the Catalans ended, the then-Sevilla coach brought him to Andalusia in 2014.

In his only season at the Ramon Sanchez Pizjuan, Suarez made 25 starts and 46 appearances in all competitions as the Rojiblancos won the Europa League and finished fifth in La Liga, with their loan signing from Barcelona contributing six goals and five assists to the cause.

That form earned Suarez a permanent move to Villarreal in 2015 and he performed even more impressively at El Madrigal, helping the Yellow Submarine qualify for the Champions League by scoring five goals and creating 11 others.

As a result, Barca decided to re-sign the former B team player the following summer by exercising their buy-back clause.

The youngster initially held his own in the Blaugrana's immensely competitive midfield. Indeed, Luis Enrique started Suarez 12 times in La Liga in 2016-17, while he also featured 14 times off the bench.

However, Luis Enrique had the utmost faith in Suarez's ability, even touting him as "Iniesta's long-term replacement".

"Why not? Players have to evolve. He has to improve. Iniesta is Harry Potter, he makes magic, and it is difficult to find another. But Denis is on the right path and I hope he can be Iniesta's heir.

"Denis is the youngest player in the squad and one of the few players to leave Barca B and be able to return. That is because of taking care of the ball but also working hard off the ball, which some players forget about.

"You have the ball for a minute or a minute-and-a-half in the game, so if you do not do well without it, you have no chance at this level. Denis understands that and he is well loved by his team-mates."

Suarez wasn't loved by Luis Enrique's successor, though. After racking up over 1,000 minutes of action in his debut season at Camp Nou, he saw his on-field time halved in 2017-18 under new coach Ernesto Valverde and things have only gone from bad to worse this term.

Suarez has managed a paltry 17 minutes of Liga action so far, with both Arturo Vidal and Arthur having leapfrogged him in the Barca pecking order.

Valverde has publicly insisted that Suarez "has a future" with the Blaugrana but also admitted that he will only be called upon when there is a need for rotation, admitting that he is just "one more player in the squad".

Consequently, a reunion with Emery at Arsenal – who are in the market for midfield reinforcements given the imminent exit of Aaron Ramsey and the uncertainty surrounding Mesut Ozil – seems the perfect move.

Suarez is seen as a strong option out wide, where he played so well under Emery at Sevilla, given with Barca he more often than not floundered occupying a more central attacking role.

There are certain financial complications, however. Having spent heavily last summer, the transfer kitty is all but empty at the Emirates, forcing the manager to exclusively pursue loan deals.

"We cannot sign anyone permanently," Emery said prior to Arsenal's defeat at the hands of West Ham last weekend. "Only loan players this January."

Barcelona, on the other hand, logically favour a permanent deal that would include yet another buy-back clause.

But negotiations are beginning to bear fruit.

A six-month loan and non-binding purchase option now appears to be an acceptable compromise for both buyer and seller, while Suarez has made it clear that, having brushed off interest from other clubs, Arsenal's style of play and his pre-existing relationship with Emery make north London the perfect destination to kick-start his career.

If the deal does go through prior to the close of the January transfer window, the Gunners will have pulled off a transfer coup.

Suarez may not have had what it takes to establish himself at Camp Nou but he has shown fleeting glimpses of his true talent – most recently against Levante in the Copa del Rey – that make it more than clear that he is not just another run of the mill player.

At just 25, he is entering his prime, and will come to the Emirates with more motivation than ever to prove his doubters in Catalunya wrong.

Suarez and Emery did great things together at Sevilla, and despite the disappointment he has endured at Barcelona, there is no reason to think lightning cannot strike twice in north London.