In charge of Paris Saint-Germain for the past eight years, 'NAK' has recently hit the headlines for his strong words apparently angled towards Neymar

The fortunes of Paris Saint-Germain have been transformed since they were taken over by Qatar Sports Investment (QSI) in 2011.

Stars such as Zlatan Ibrahimovic, David Beckham, Thiago Silva, Neymar and Kylian Mbappe have been welcomed to Parc des Princes over the last eight years, transforming the fortunes of a club down on its luck a decade ago and within a whisker of being relegated to Ligue 2.

President Nasser Al-Khelaifi has been the public figurehead of the Parisian outfit for the duration of this time, overseeing the running of the club as a whole and seeking to modernise it to such an extent that it becomes a major player in European football.

But what is the background of the 45-year-old, whose outspoken comments earlier this week seemed to suggest that Neymar must buck up his ideas or else face being sold?

Born in Doha, the son of a pearl fisherman, Al-Khelaifi’s career actually started as a professional tennis player. He managed only a couple of main-draw appearances on the ATP Tour and only just broke into the world’s Top 1000 players, yet he was comparatively successful in the Davis Cup (effectively the World Cup of tennis) for Qatar, playing 43 singles matches between 1992 and 2002, winning 12 times.

It was through tennis that he met Sheikh Tamim bin Hamad Al Thani, who is the emir of Qatar and head of the country’s sovereign wealth fund. As such, Sheikh Tamim is effectively his boss.

The pair have been close friends for 30 years and the absolute trust placed in the man known in Paris as ‘NAK’ has been reflected in the positions that he has taken up over the years.

In 2008, he became president of the Qatar Tennis Federation, a position that he still holds, and three years later graduated to become chairman of QSI. Four months later, on October 7, 2011, he was named president and CEO of PSG, while he has subsequently taking leading roles at beIN Sports, Miramax and sits on the organising committee of the 2022 World Cup. 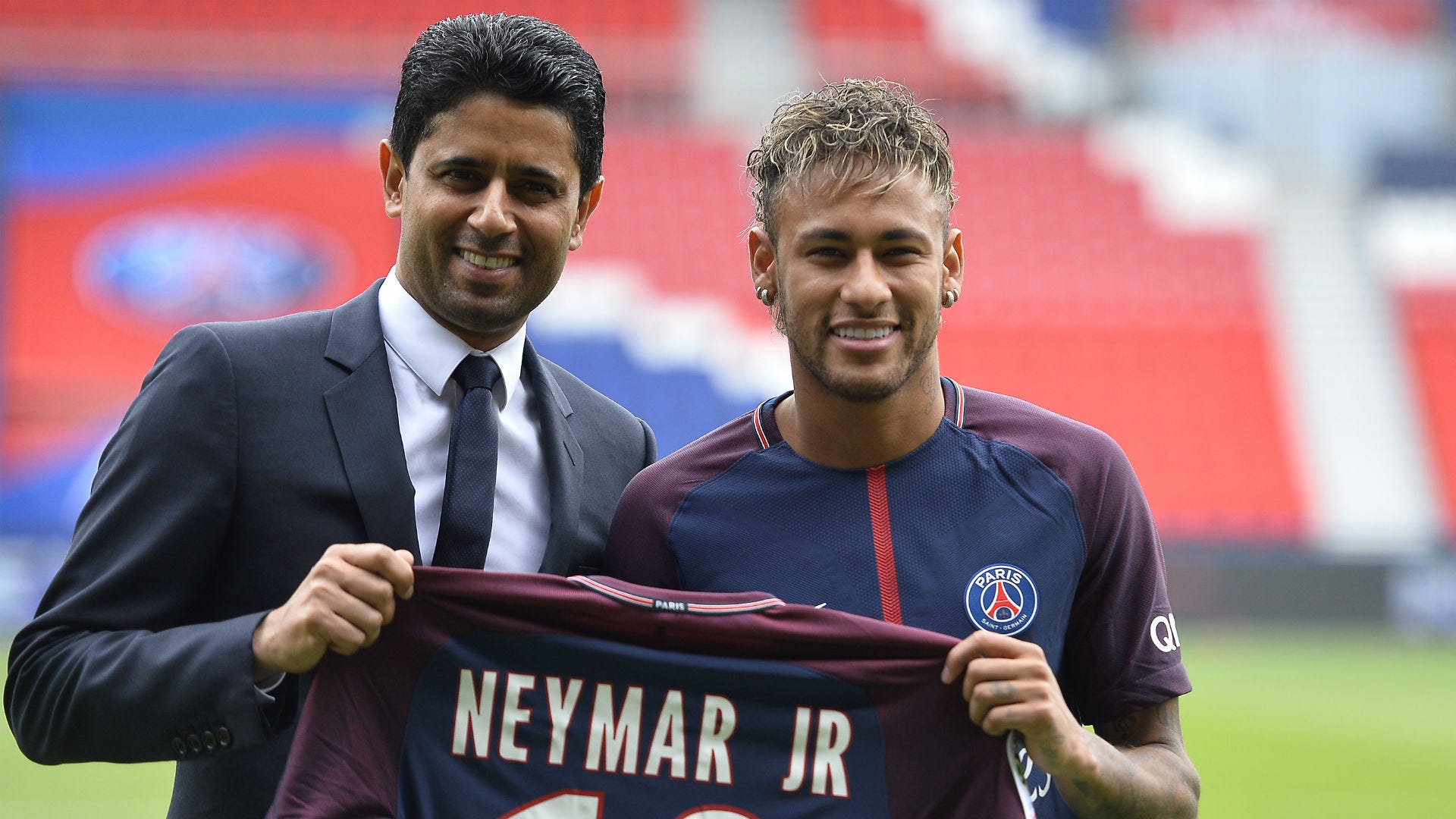 Under his guidance, which has been bankrolled to a lavish degree, the Parisians have been able to establish unprecedented dominance over the French domestic game but have persistently fallen short in continental competition, embarrassingly failing to make the semi-finals over the Champions League even once under QSI’s guidance.

As such, Al-Khelaifi’s control of the club has come into question, particularly over the course of the last six months, in which PSG were dumped out of the competition by Manchester United, despite having won 2-0 at Old Trafford, then struggled to show their true level as they limped over the line in Ligue 1.

Furthermore, the year has been blighted by accusations of corruption, which have been persistently batted off by Al-Khelaifa’s legal team as “an injustice”.

As one unnamed source close to the case told Le Parisien earlier this year: “In Doha, they are not worried. They are 1000% in support of Nasser and believe he will come out of it untouched.”

With a ferocious attitude for work and high demands of those he surrounds himself with, Al-Khelaifi is considered one of the key players in Qatar’s soft power strategy and his position of strength is not thought to have yet been weakened by the accusations levelled at him.

What is Nasser Al-Khelaifi worth?

Although Al-Khelaifi enjoys a terrific amount of influence in many big organisations, he has managed to keep his wealth and his private life well away from prying eyes.

Reports suggest that he is worth billions of dollars, though an exact figure is difficult to pin down given that Forbes, who are often the best source of estimating wealth, do not include him in their rich list due to his involvement with the Emir of Qatar.

There are rumours that he owns various luxury properties across the globe, but these are unverified.

What is QSI worth?

QSI is a subsidiary of the Qatar Investment Authority, which is effectively a National Wealth Fund, worth $338 billion, designed to diversify the country’s assets away from oil wealth.

It owns massive assets around the world, including Canary Wharf and The Shard in London, where it enjoys more assets than the Queen, according to a CNBC report.

Furthermore, it owns a 10% stake in Empire State Realty Trust, which owns the Empire State Building, as well as a stake in Uber. It also bought one of the Asia Square towers in Singapore for $2.5bn.