Who is Nicolo Zaniolo? Roma and Italy’s most exciting teenager since Francesco Totti 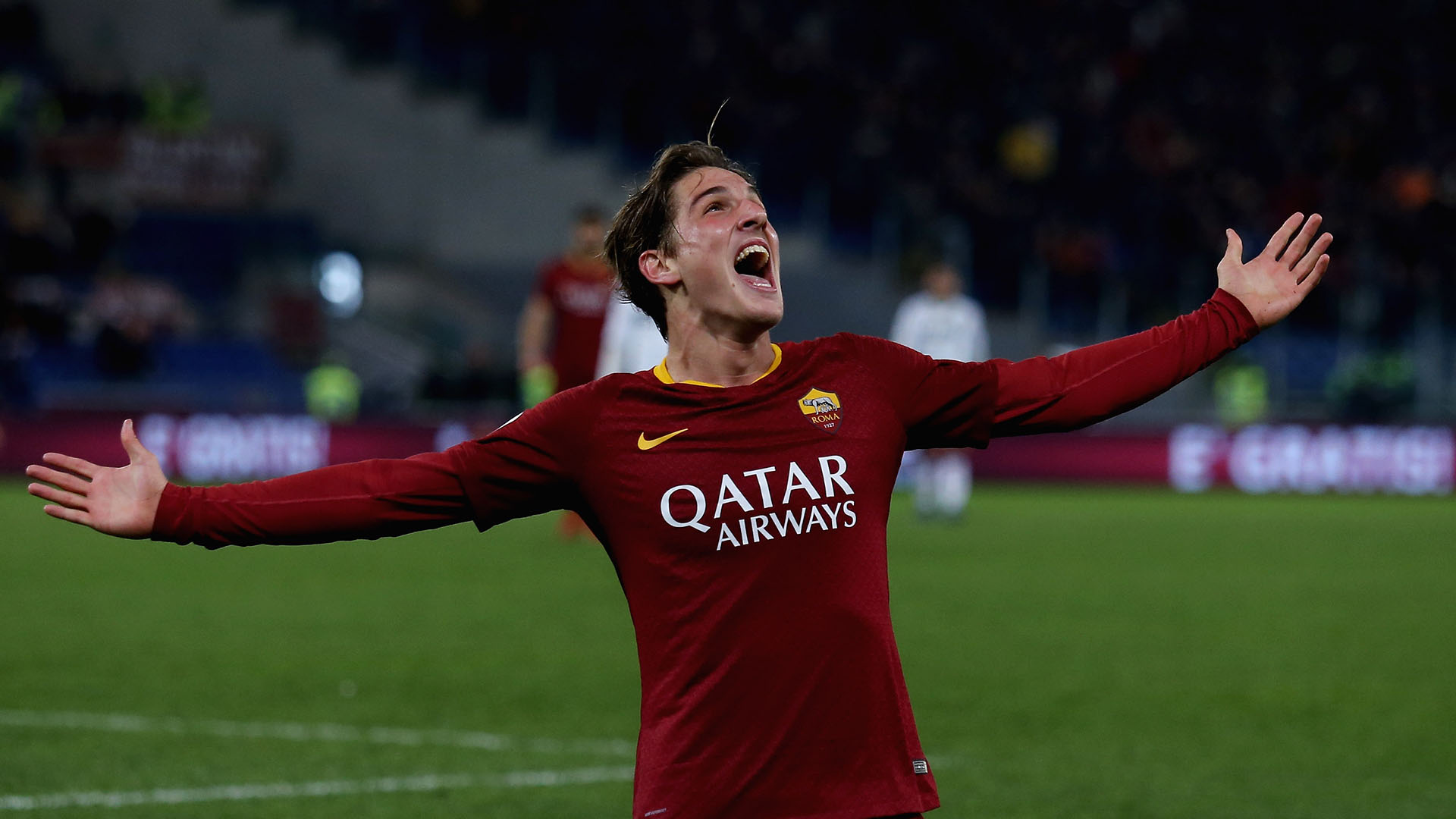 The 19-year-old is the youngest player since Francesco Totti to score three Serie A goals, making a mockery of Inter's decision to sell the midfielder

That may not be the case for much longer, though.

Inter sold him to Roma last summer for just €4.5 million.

Financial Fair Play (FFP) regulations were a factor and the Nerazzurri did, at least, have the foresight to insert a clause guaranteeing 15 per cent of any future sale but the fact of the matter is that they used Zaniolo as a makeweight in a deal to sign the declining and ill-disciplined Radja Nainggolan for €24m, solidifying their status as the masters of the transfer market gaffe.

As well as Coutinho, Andrea Pirlo, Clarence Seedorf, Fabio Cannavaro, Roberto Carlos, Dennis Bergkamp and Leonardo Bonucci have all gone on to achieve great things after leaving the Nerazzurri.

Zaniolo has not yet matched the feats of his illustrious alumni but the talent is there to do so. Frustratingly for Inter, they saw it themselves.

In the summer of 2017, they pulled out all the stops to beat off stiff competition from Juventus and AC Milan to sign Zaniolo from Virtus Entella on the back of just seven appearances in Serie B.

The teenager then top-scored from midfield as the Nerazzurri's Primavera won the title in his first season at Appiano Gentile.

Yet Inter were desperate to reunite Nainggolan with coach Luciano Spalletti at San Siro last summer and Roma sporting director Monchi, one of the market's canniest operators, took full advantage, persuading the Nerazzurri to part company with a player he viewed as "one of the most interesting prospects in Italian football".

However, even the Spaniard was taken aback by Zaniolo's maturity.

"We were thinking of waiting six months, but he's already ready to play," Monchi enthused at the start of the season.

He wasn't wrong, either.

Anyone who had watched Zaniolo inspire Italy to a runners-up finish at the 2018 Under-19 European Championship could see he belonged at the highest level.

So, Roberto Mancini called up him to the Italy squad before the teenager had made an appearance for Roma.

Eusebio Di Francesco then gave him his Giallorossi debut in the Champions League. Against Real Madrid. At the Santiago Bernabeu.

He impressed with his composure on the ball but Virtus Entella sporting director Matteo Superbi wasn't the least bit surprised by the protege's confident display.

"This is a great quality of his,” he explained, “he's not a player that suffers from nerves."

Zaniolo is a humble, jovial character but there is a steeliness there, a strength of character forged by rejection.

Inter weren't the only club to let him go. According to his father, Igor, Fiorentina released him in 2016 because "they said he wasn't tall enough".

Zaniolo says that he was simply told that new players were arriving before being informed that a deal had been agreed with Entella.

"Was I disappointed how it ended? Yes, because they treated me badly, given I'd been there for nine years," he later admitted.

"But it was their choice. Let's see if those who arrived were better than me."

The bitterness is obvious but Zaniolo appears to have harnessed it in a positive fashion, a young man now driven by the determination to prove Fiorentina and Inter wrong for discarding him.

The results have certainly been spectacular, just like his goals.

Indeed, it is difficult to believe there will be a cooler finish this season than Zaniolo's nonchalant chip against Sassuolo, which came after he had left both Andrea Consigli and Gian Marco Ferrari on their backsides with an outrageous feint.

His technique and innovation were also in evidence when he managed to control a ball while falling in the area against Torino, before pivoting rapidly to fire the ball into the roof of the net with his favoured left foot.

Such sublime displays of skill have unsurprisingly sparked giddy talk of Zaniolo rescuing a national team still reeling from their failure to qualify for last summer's World Cup.

The Azzurri are desperately searching for new heroes and Zaniolo – young, talented and tough – fits the profile.

"In my opinion, he's a midfielder of quality and energy, a [Steven] Gerrard] or [Frank] Lampard," former Inter Primavera coach Stefano Vecchi claimed.

Zaniolo's father, meanwhile, feels his son is physically and positionally similar to Kaka but argues that, stylistically, "he is more like a [Javier] Pastore, even if the Argentine is a phenomenon and Nicolo still has a long road to travel."

Presently, though, it is Zaniolo who is Roma's first-choice trequartista, with Pastore having to make do with a seat on the bench.

All of Italy will now be hoping that he continues on his path towards superstardom by impressing in this week's Champions League last-16 clash with Porto.

Well, maybe not Ausilio and everyone connected with Inter, particularly with Juventus reportedly ready to make a €40m summer swoop for Zaniolo.

If such a move comes to pass, a 15% cut would offer scant consolation to the Nerazzurri, who are struggling as it is to come to terms with gifting Roma Italy's most exciting teenager since Totti.