Marek Hamsik's decision to move to China wasn't just about money, according to Aurelio De Laurentiis.

The Napoli president insists that the former captain's February transfer to Dalian Yifang also had a lot to do with Fabian Ruiz.

"Carlo Ancelotti had just arrived and I wanted the coach to see all the players," the film producer explained. “Then, Fabian Ruiz arrived...

"So, if Mr Hamsik – who is no fool – realises there are already four players for two roles and one of them is Fabian Ruiz, he thinks, 'I can ask to leave and get myself a rich Chinese pension.'"

In fairness, the Slovak's exit also benefited Napoli, who pocketed €13 million (£11.2m/$14.6m) for a 31-year-old who had been rendered surplus to requirements by Fabian during a fantastic first season at the San Paolo.

Indeed, the Betis academy product has been one of the revelations of the 2018-19 campaign.

Ancelotti hasn't been surprised by Fabian's fine form, though. He knew how good he was. His son Davide had told him.

Davide's fiancée is from Seville and when visiting her, he would take the opportunity to attend Betis matches.

“He saw me play on those occasions," Fabian explained. "When I met his fiancée, I thanked her!"

Napoli now just as thankful for such a serendipitous turn of events. 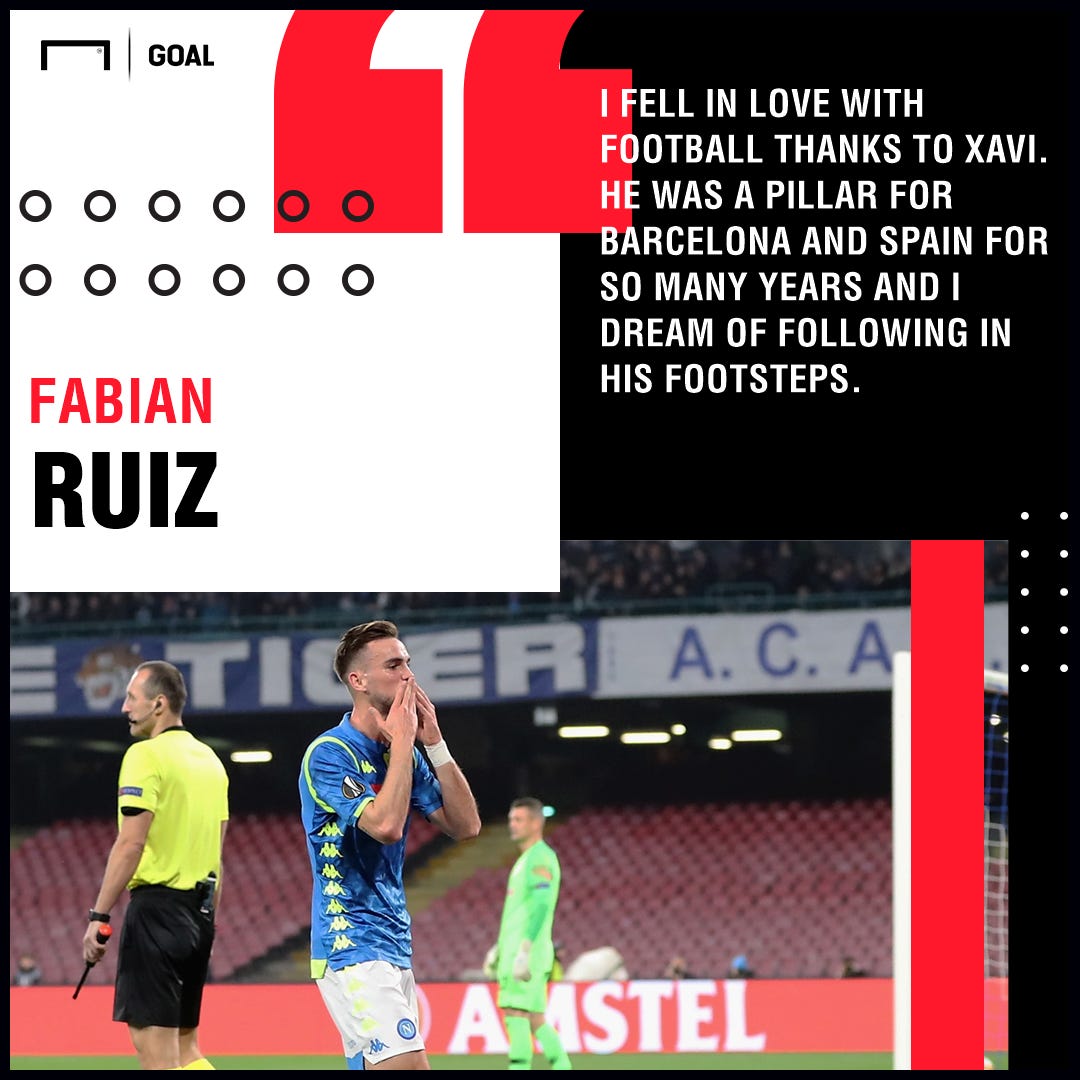 Capable of playing anywhere in midfield, Fabian has consistently impressed with his tremendous technique and tactical intelligence - which is perhaps unsurprising from a player who grew up idolising and studying Xavi.

"I fell in love with football thanks to him," the 23-year-old has admitted. "He was a pillar for Barcelona and Spain for so many years and I dream of following in his footsteps."

The talent is certainly there to become a regular for La Roja.

He should have made his international debut in March but was forced to pull out of the squad for the games against Norway and Malta after being laid low by swine flu.

Fabian was bitterly disappointed by his enforced withdrawal but took comfort in the fact that future call-ups are all but guaranteed.

After all, Spain coach Luis Enrique is a huge admirer: "Fabian has a beastly shot. He had the courage to take on a tough league like Serie A and he's developing well at Napoli."

Leaving Betis certainly wasn't easy on Fabian. The club really was like a family for him.

Fabian grew up in Los Palacios, which is some 30 kilometres outside of Seville, and he was snapped up by Betis as a boy.

However, times were tough and his parents explained to the club that they could not afford to continue bringing Fabian to and from training every day.

Sevilla expressed their interest in acquiring the youngster but Betis' youth team boss Manuel Castano was determined to hold on to one of his most promising youngsters. 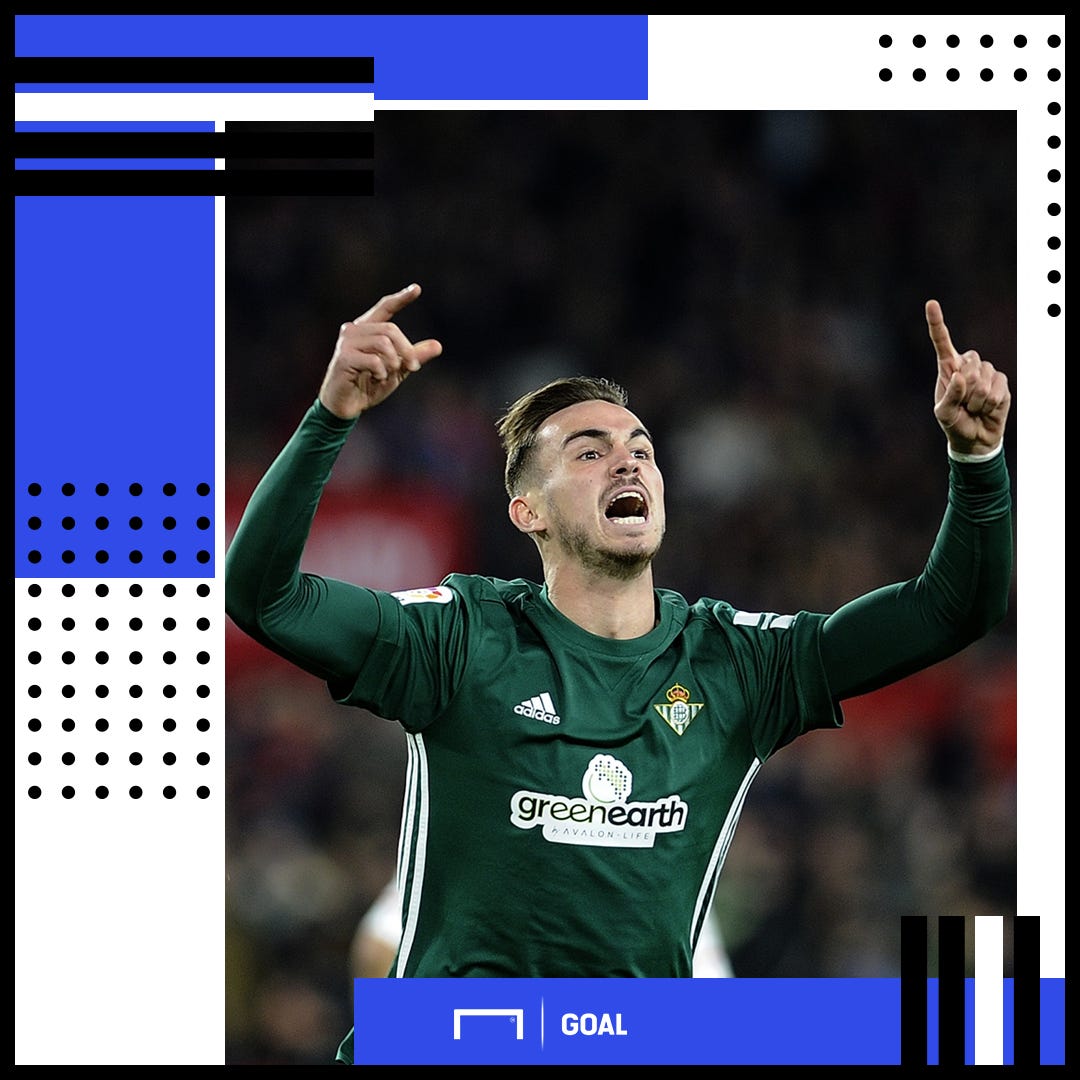 So, he got the club to give Fabian's mother, Chari Pena, a job as a cleaning lady.

It was a role she remained in until her son's departure for Napoli last summer.

Fabian was so embarrassed about leaving that he didn't tell many close friends until the last minute.

However, he had no cause for concern. Fabian remains an incredibly popular figure at the Benito Villamarin because when it became clear that his exit was inevitable due to the widespread interest in his services, he signed a new contract with Betis that allowed them to increase his buy-out clause to €30m (£25.8m/$33.7m).

For Betis supporters still upset by Dani Ceballos' refusal to do likewise ahead of his 2017 move to Real Madrid, this was the perfect parting gift.

Of course, Napoli now just as happy with the fee. After a slow, injury-affected start to the season, Fabian quickly found his feet in Italy.

Raul Albiol and Jose Callejon played a pivotal role in helping him settle in, while he quickly struck up a friendship with Dries Mertens, whom he now refers to as his "brother".

Ahead of Thursday's Europa League quarter-final first leg with Arsenal, he is now looking just as at home on the field. 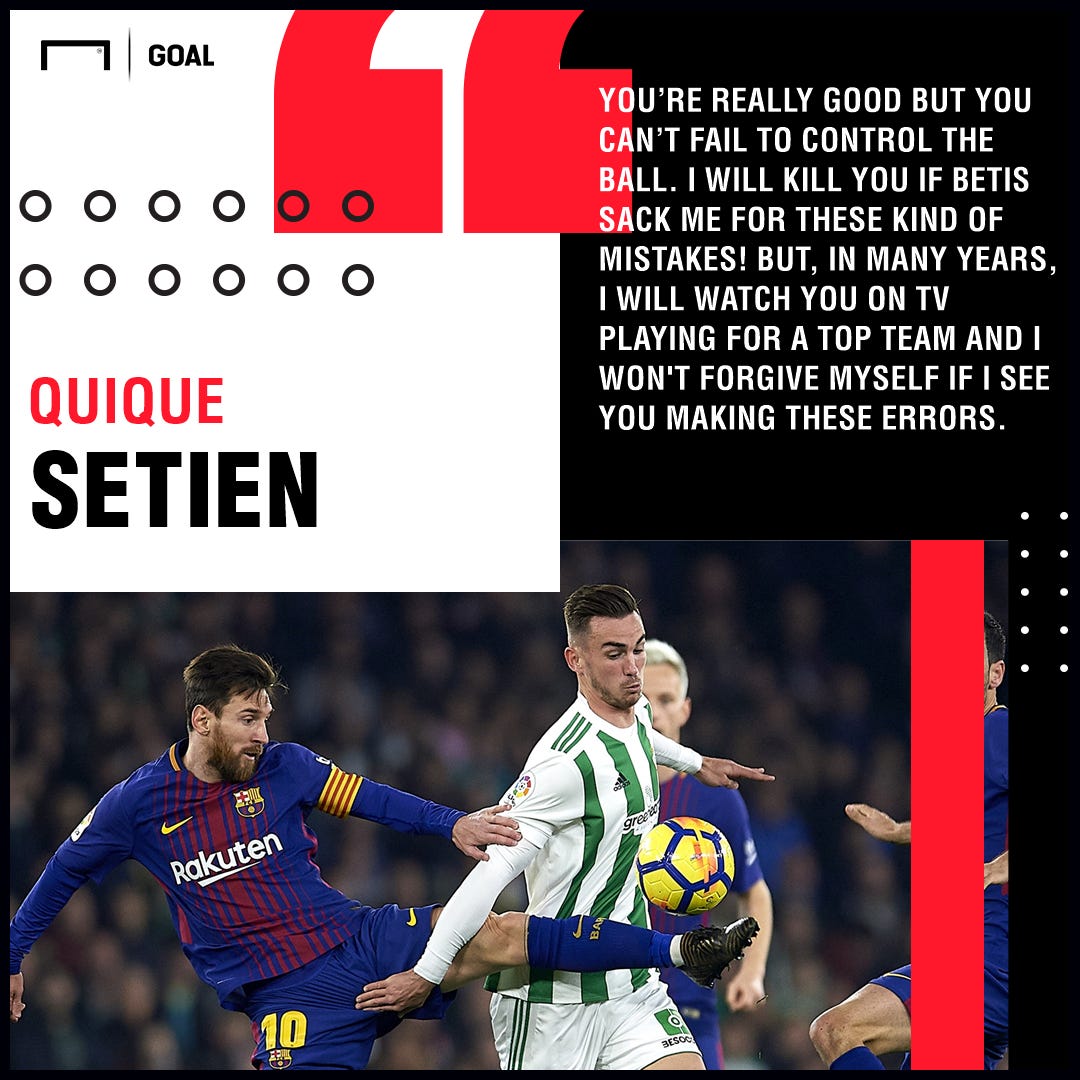 Like his childhood idol Xavi, he uses the ball excellently – his passing accuracy in Serie A this season is 89.26 per cent – but he is a very different player to the Barca and Spain legend.

Fabian prefers to play centrally but feels just as comfortable on the left-hand side, where he has been primarily deployed of late, not least because of his quick feet and fine dribbling skills.

He knows his final product has to improve but he has three goals and two assists so far this season, while he also ranks joint-10th among Serie A midfielders for chances created, with 48.

To put that in context, that's one more than Sergej Milinkovic-Savic – even though Fabian has played seven fewer games than the €100m-rated Lazio star.

The most impressive thing about Fabian, though, is not just his talent but his desire to make the very most of it.

When he was sent on loan to Elche during the second half of the 2016-17 season, he didn't sulk, he used the time to learn as much as possible about his position from then coach and former Spain midfielder Ruben Baraja.

He returned to Betis a different player; one that Quique Setien came to rely on last season.

The coach got frustrated with Fabian at times because of his occasional lapses in concentration but only because he knew how much potential the player has inside him, and he felt it was his duty to help him unlock it.

During the Amazon documentary 'Six Dreams' Setien told the youngster, "You’re really good but you can’t fail to control the ball. I will kill you if Betis sack me for of mistakes!

"But, in many years, I will watch you on TV playing for a top team and I won't forgive myself if I see you making these errors."

Setien need not have worried, though.

Like any 23-year-old, Fabian still makes the odd mistake, but they are now few and far between.

As Arsenal are likely to discover at the Emirates on Thursday night.