When is Lionel Messi's press conference? How to watch Barcelona legend's transfer tell-all 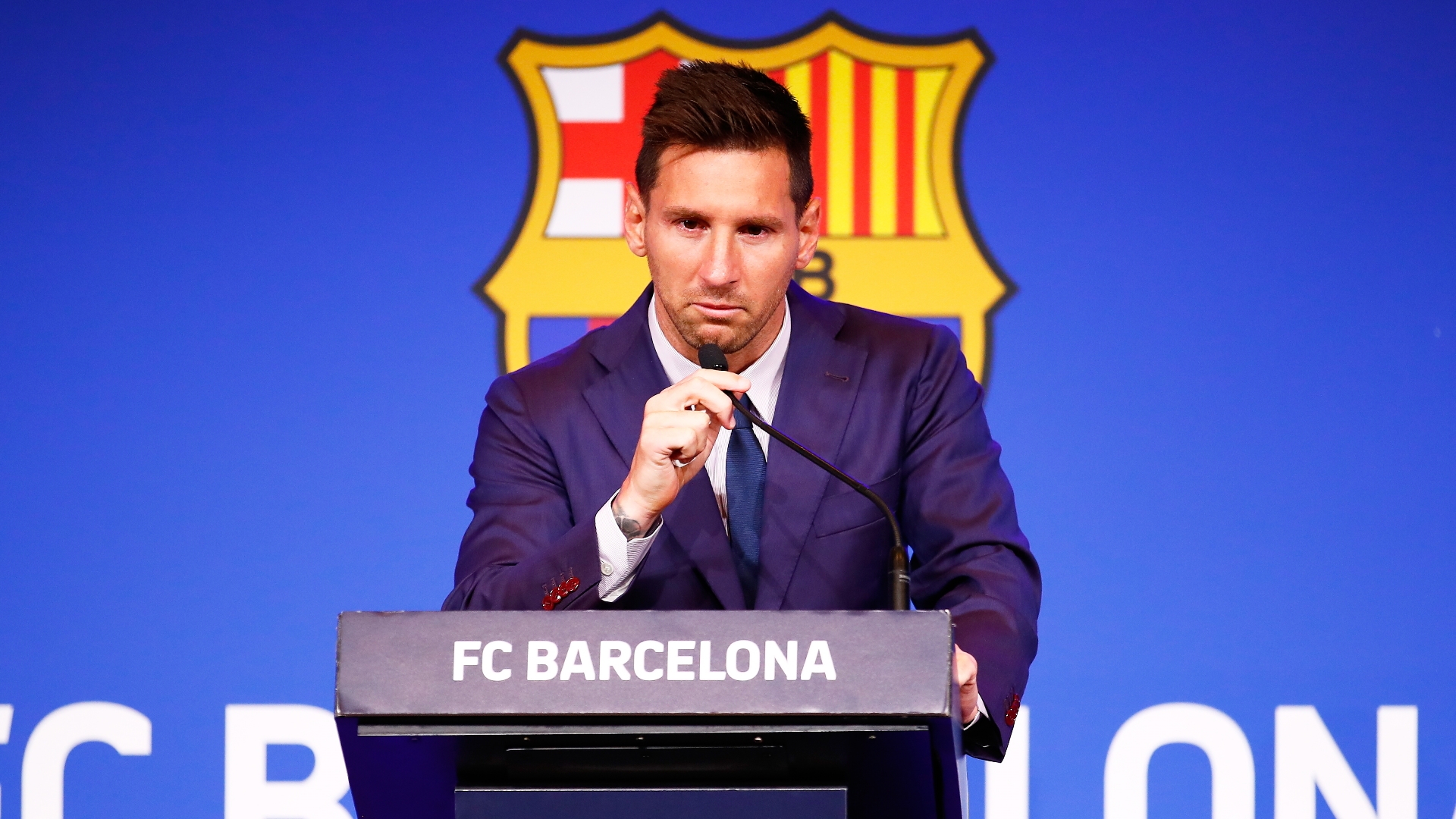 Goal has everything you need to know on Lionel Messi's press conference, including when it is, what time and how to watch

Lionel Messi and Barcelona shocked the world when it emerged that the Argentine star would be leaving the club, after a contract that had been agreed in principle was fractured by the club's financial peril at the last moment.

The Catalan side announced that their talismanic forward is set to depart, with Messi's future now increasingly uncertain.

And now, Messi has announced that he will hold a press conference where he will speak to the media and provide clarity on his next steps. Goal has the details about the press conference, how to stream it live and more.

When is the Lionel Messi press conference?

Messi's press conference will take place at 11am BST (6am ET) on Sunday, August 8 .

He will be address reporters at Camp Nou.

How can I watch Lionel Messi's press conference?

The press conference will be available to stream live on Barca TV+ with a live English translation, or on the club's official website.

It will also be available to watch on the official Barcelona YouTube channel. Watch it live in the video below.

What will Lionel Messi talk about in his press conference?

Messi is expected to clear up questions about his future himself, just days after contract negotiation discussions over a renewal at Barcelona broke down.

Barcelona stated that "financial and structural obstacles" are the reason why they could not close a new contract with Messi.

It was understood that the Argentine was set to sign a new five-year deal at Camp Nou earlier this month, but the talks were scrapped after it emerged that Barcelona were unable to afford him, even after he was open to a significant wage deduction.

Barcelona then announced in a shock statement that because a deal could not be agreed, Messi would be departing the club.

While it has been suggested that Barcelona's actions are merely a negotiation tactic, president Joan Laporta has stated that there is no chance left of Messi now staying at Camp Nou, despite both the club and player's wishes.

Lionel Messi was ready to sign his new Barcelona contract - then everything fell apart.@AdriaSoldevila explains: How did we get here? 🔵🔴 pic.twitter.com/ljUZalaFif

Laporta said in a press conference: "I don't want to generate false hope.

"During the course of negotiations we know that the player has had other offers. There was a time limit.

"If fair play continues to be rigid, the player needs some time to see what he is going to do and look at other options.

He continued: "Leo wanted to stay at Barca. We wanted him to stay.

"I want to thank everyone that has been in the negotiations. There were lots of aspects that needed to be negotiated.

"He is the best player in the world and has other offers, of course. "

Where will Lionel Messi go next?

Messi's future still looks uncertain for now, but details about his next steps could be clarified in his press conference.

Lionel Messi's next club: Where will Barcelona legend transfer in 2021?

PSG have been reported to be interested in signing the legendary midfielder, with head coach Mauricio Pochettino even suggesting to reporters that a potential transfer for Messi would not mean the likes of Kylian Mbappe being ousted.

Pep Guardiola revealed that Manchester City do not have plans to make a swoop for the Argentine, themselves just completing a British transfer record fee for Jack Grealish, but admitted that even he was surprised by the news of Messi's departure.

And then there is the unexpected outcome of Messi ultimately remaining at Camp Nou, and should he stay, he woulf once again be part of Ronald Koeman's squad.