The Reds were forced into naming their youngest ever line-up at Villa Park and, despite a spirited effort, fell to a 5-0 defeat

Well, that was utterly ridiculous.

Liverpool’s Carabao Cup adventure is over. There were to be no surprises as the youngest side in Reds history went down 5-0 against Aston Villa in a mismatch of a quarter-final.

With Jurgen Klopp and his players 4000 miles away in Doha, it was left to Neil Critchley and this team of kids to keep the flag flying. Liverpool are the League Cup’s most successful club, but this was a night which did the competition no favours whatsoever.

No criticism of Critchley or his team, who performed admirably in the circumstances. There were times, particularly in the first half, where the gulf between the sides in terms of experience was barely noticeable. "We played like a Liverpool team," Critchley said, and he was right.

Nor is it necessarily a slight against Klopp and the senior side either. Liverpool’s hands were tied from the moment they saw off Arsenal in round four. Their participation at the Club World Cup was non-negotiable, and so something had to give.

The integrity of English football’s second cup competition was that something. Villa march on to the semi-finals, but even they looked a little embarrassed by the manner in which they had done so.

After the final whistle, Dean Smith and his assistant John Terry went into the Liverpool dressing room to congratulate the visiting players on their performance. It was a classy touch.

"A special moment," said Critchley. "One those players will always remember. The conduct of the Villa players and staff was first-class."

The average age of the Liverpool starting XI was just 19 years and 183 days. There were five debutants, and 14 of the 18-man squad were teenagers. 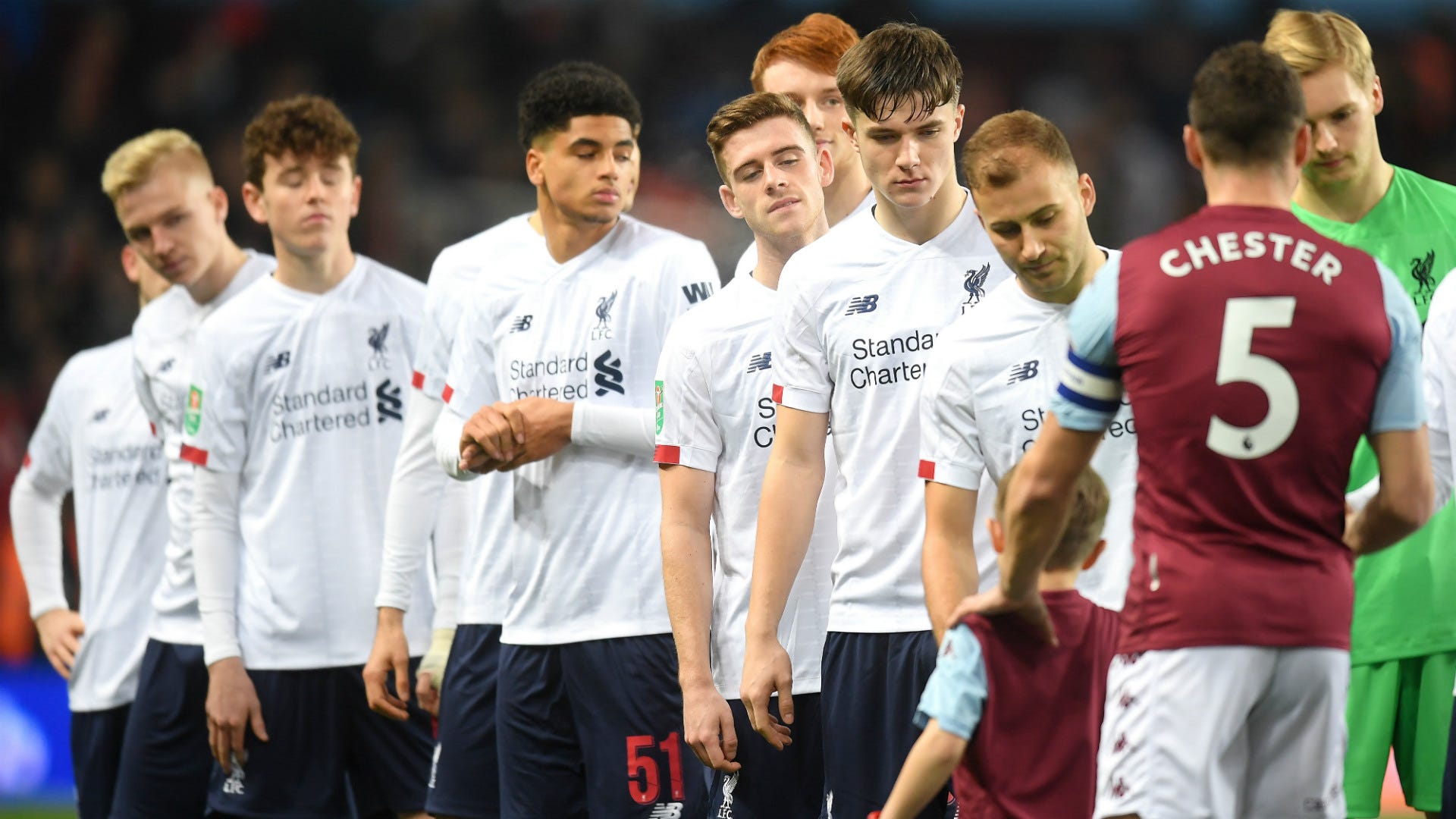 Fittingly, one of them was called Boyes.

Villa, by contrast, picked a team with eight full internationals, and a squad packed with Premier League experience.

Perhaps just as fittingly, their centre-forward was called Kodjia. The average age of Smith’s team was a touch under 30.

It did not show initially, with Critchley’s young pups taking the game to their senior foes. Liverpool were confident and assured, and created chances in the early stages. Orjan Nyland denied Harvey Elliott, Herbie Kane and Isaac Christie-Davies, as Elliott in particular shone. Neil Taylor, the experienced Wales international, will have nightmares about the way the 16-year-old terrorised him at times. "Harvey was a constant threat," said Critchley.

Roared on by almost 5,000 travelling supporters – and what does it say about the dedication of fans that so many would make the trip for a game like this, a week before Christmas? – Liverpool were going nicely until Lady Luck deserted them, 15 minutes in.

They had more possession in the first half yet conceded from a set-piece, a deflection and a giveaway at the back. Villa had three shots in the first 45 minutes, yet scored four times. 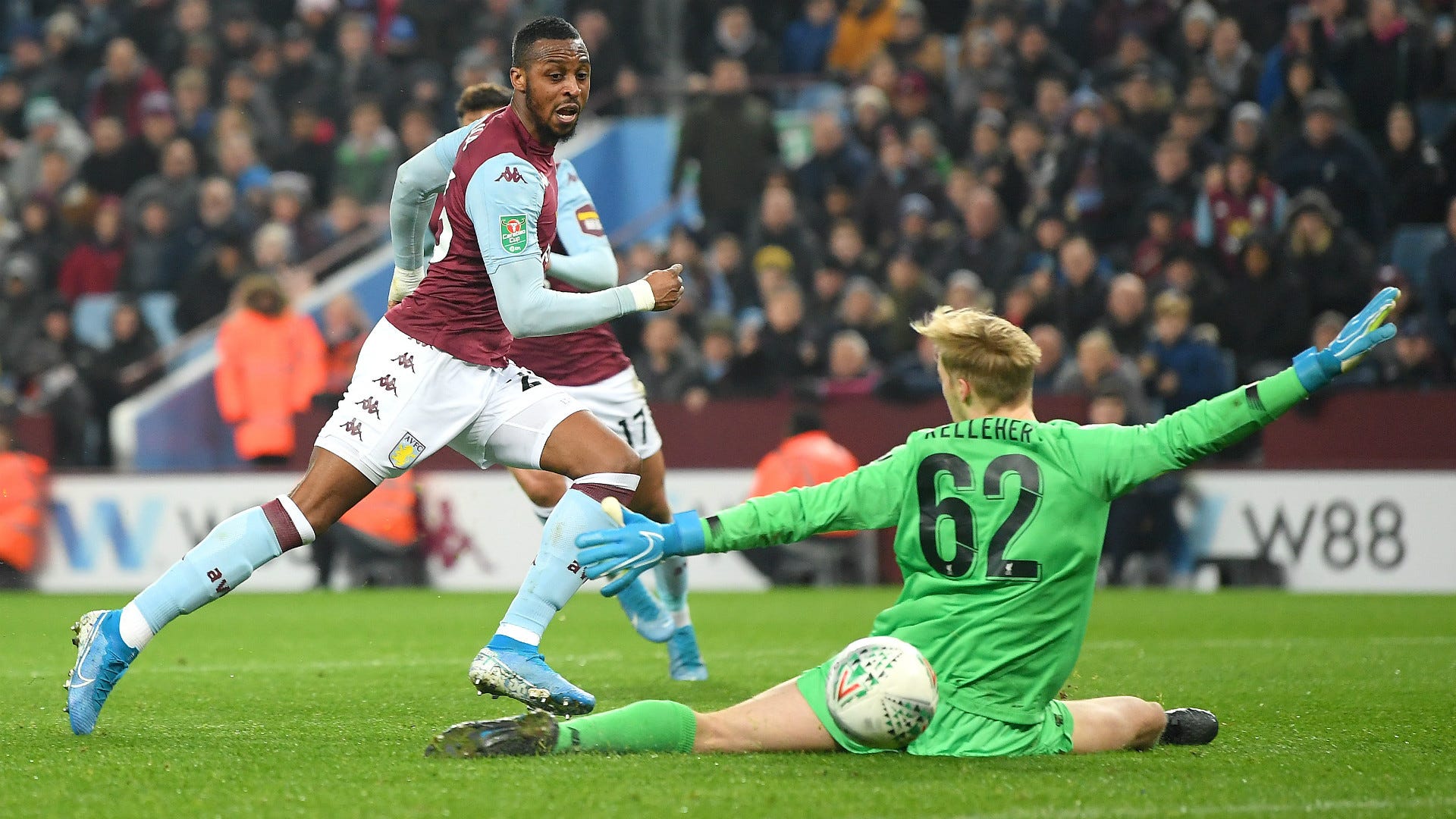 At half-time you feared the worst. Liverpool’s record defeat is 9-1 and it came in Birmingham, back in 1954. This team did not deserve to break that particular record.

They didn’t. To their immense credit, Critchley’s team dug in brilliantly after the break. Critchley revealed that Klopp had sent through a message at the break, telling the players to "keep going, keep being brave," and they did their manager proud.

They were a minute away from a second-half clean sheet until Wesley, who cost Villa £22 million in the summer, made it 5-0. Even at the end, the statistics showed Liverpool had more possession, more shots, more on target and more corners. They won more duels and had a better collective passing accuracy.

Whether Villa switched off or not, the youngsters should be proud of their efforts. "They have a really talented group of players," Smith said, graciously.

They will never forget tonight. Christie-Davies, Tony Gallacher, Morgan Boyes, Luis Longstaff and Tom Hill all made their debuts, as did Jack Bearne, Leighton Clarkson and James Norris from the bench. Critchley, albeit in difficult circumstances, has now managed Liverpool in a first-team game.

Those achievements will never be taken away. Whatever chapters these players go on to write in their careers, they will always remember the night they came to Villa and had a right go.

"I don't want the night to end," Critchley admitted. "Even here, talking to you guys, I could stay all night!"

Hopefully, though, Liverpool never find themselves in this position again, having to effectively forfeit a competition that has given the club so much happiness, and so much success, in the past.

Villa go through, but to call them winners would be a stretch.