“I’m living the dream,” Sebastien Haller said of his goalscoring exploits in this season’s Champions League.

The forward has made history by scoring 10 goals in six games to send Ajax into the last 16 of the competition, reawakening his true talent following a nightmare spell at West Ham.

He is the first player ever to find the net in his first six matches in the competition and nobody has reached double figures in the Champions League quicker than Haller.

Getting off to a flyer helped, with Haller becoming the first to score four times in his Champions League debut – a 5-1 win against Sporting – since Ajax great Marco van Basten did so in 1992 for AC Milan.

Sporting, Besiktas and Borussia Dortmund all failed to keep the Ivory Coast international quiet as Ajax dazzled throughout the group stage with a perfect record.

Haller has been on fire since he joined Ajax in January 2020, racking up 41 goals in 51 appearances. In England, despite being a record signing for West Ham at a whopping £45 million ($61m), he managed just 14 in 54 matches.

The 27-year-old was already known as an accomplished scorer in the Eredivisie due to his performances at Utrecht, so it was no surprise to see him banging in the league goals for Ajax.

However, his remarkable exploits in Europe’s premier club competition are unbelievable for those who watched him play in the Premier League.

West Ham had every reason to be convinced of Haller’s quality when they signed him from Eintracht Frankfurt in July 2019 following a 15-goal haul in the Bundesliga the season before.

His stint in east London started off well enough, too. Haller bagged a double in his second Premier League match and followed it up with a third goal a week later.

Things quickly fell apart, though, and he would score just seven more times in the English top flight.

A change of manager didn't help. He had been brought in under Manuel Pellegrini but the Chilean coach was promptly replaced by David Moyes, with whom Haller just didn't click.

"I don’t want to blame David," he told The Guardian. "Sometimes, a style of play doesn’t suit a player and I wasn’t the striker he needed."

The net result was that Haller's performances went from merely fruitless to outright embarrassing in a game against Manchester United.

With the Hammers leading 1-0 and desperate to strengthen their lead, Haller got the ball and charged towards the visitors’ goal.

He managed to take it past goalkeeper Dean Henderson and looked destined to score, but he hesitated, slipped and the golden opportunity evaporated.

It was the crucial moment of the game for the home side as United bounced back in the second half and won 3-1.

Some credibility was restored a few weeks later when Haller fired in a fine overhead kick to seal a 1-1 draw with Crystal Palace, but the damage had already been done.

The following month, West Ham decided to cut their losses when Ajax approached in January 2021, just 18 months after the London side signed him. 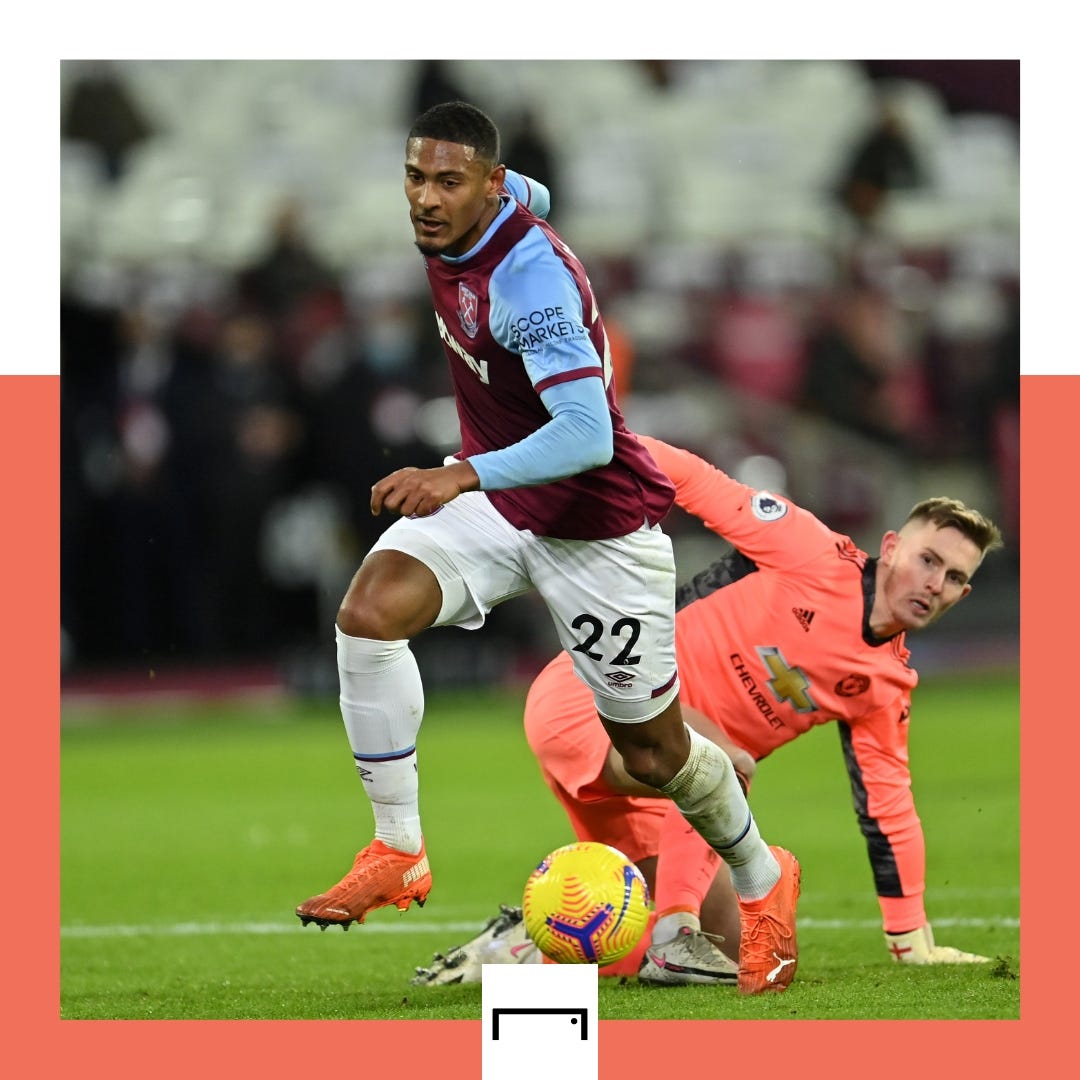 Just as Haller’s time at West Ham ended in embarrassment for the player, Ajax were the ones left red-faced upon his arrival when they accidentally excluded him from the squad for the Europa League knockout rounds.

“Never a dull moment in Amsterdam,” coach Erik ten Hag said. “Of course, it's no laughing matter. This is incredibly annoying. It's an administrative error. He has not been forgotten.”

His goalscoring prowess was severely missed as Ajax’s Europa League campaign came to an end with a narrow defeat to Roma in the quarter-finals.

Still, Haller made a huge impact domestically, finishing the season with 13 goals and seven assists from 23 matches to help them win the Eredivisie and KNVB Beker.

This season, Haller is averaging a goal per game with 28 in 28 matches in all competitions.

Being prolific in the Eredivisie for a dominant Ajax team is one thing, but transferring that form to the Champions League is a significant challenge and it was far from a certainty that Haller would be able to do so.

Crucial to the ex-Auxerre player’s success in Amsterdam has been the presence of Ten Hag.

Their partnership began in 2015 when the coach took charge of Utrecht and quickly established himself as the country’s most promising manager.

The playing style was perfect for a striker of Haller’s profile. Utrecht were an efficient team, aiming to get the ball to the attackers in the middle of the box with a more central attack than most Dutch teams.

In his first season under Ten Hag, Haller scored 17 times in 33 Eredivisie matches.

"I used to get angry when I didn't get the ball for 10 minutes," he recently admitted. "I lost my focus and if the opportunity came, I missed. The coach taught me how to deal with that better, he already did that in Utrecht.

“He showed me footage of missed opportunities because I didn't have the full focus. ‘Keep your focus because that makes the difference'," he told me.

Sebastien Haller is a serious problem this season 🥵 pic.twitter.com/qKljgjWR2t

Haller has gone from strength to strength since his reunion with Ten Hag.

That ability to stay focused in the crucial moments, as well as his connection with the likes of captain Dusan Tadic, have allowed him to make the difference in big games.

Besides his blistering four-goal performance against Sporting, he was the architect of their fabulous 4-0 win against Dortmund as he set up two goals before scoring one of his own.

Then, in the return fixture he popped up with a vital goal in the 83rd minute to restore their lead before Davy Klaassen made it 3-1 in stoppage time.

His intervention against Besiktas should not be overlooked, either. With his side 1-0 down in Turkey, Haller came off the bench at half-time and equalised after just nine minutes before going on to fire in the winner.

“I'm often in the right place, I think that also has to do with experience,” Haller told Voetbal International after beating Besiktas in November.

He added: “If I said I was surprised [about my goal record], I would doubt myself. But I did not expect this, it would show a lot of self-confidence.

“I'm living the dream, to reach such figures.”

Haller is not the only one.

With the deadly striker leading the charge for one of Europe’s most exhilarating teams, many Ajax fans feel they are living in a fantasy, too.