With Chelsea locked at 1-1 against Aston Villa and with just under 20 minutes left on the clock at Stamford Bridge, Frank Lampard turned to his bench.

Sat there, waiting for him to use were two Germany internationals, bought for a combined £120 million ($150m) during the summer but who have struggled for consistency since swapping the Bundesliga for the Premier League.

Kai Havertz and Timo Werner were both thrown on by Lampard as the Blues chased a winner, the hope being that one, or even both, would be able to kickstart their Chelsea careers in the club's final game of 2020.

But yet again the pair fluffed the lines, with Werner blazing over in the 83rd minute when well placed while Havertz's most memorable contribution came when giving the ball away in his own half to John McGinn, only for N'Golo Kante to dig his fellow midfielder out with a challenge of his own.

Their form is becoming something of a concern for Lampard and Chelsea fans alike.

Werner has now gone 11 games for club and country without scoring while Havertz has netted just a solitary goal in 14 league appearances, though his struggles can at least be partially blamed on a particularly tough time in recovering from Covid-19.

Lampard has routinely protected his big-name signings from criticism, but his rhetoric towards Werner changed following Saturday's defeat to Arsenal, with the Blues boss saying that the forward "hadn't been good enough with or without the ball" before he was replaced at half-time.

The 24-year-old found himself among the substitutes alongside Havertz 48 hours later at Stamford Bridge, and Lampard now faces a battle to protect the confidence of the duo while searching for solutions that will keep pressure from building on himself after a run of just one league win in five games has seen them drop out of title contention. 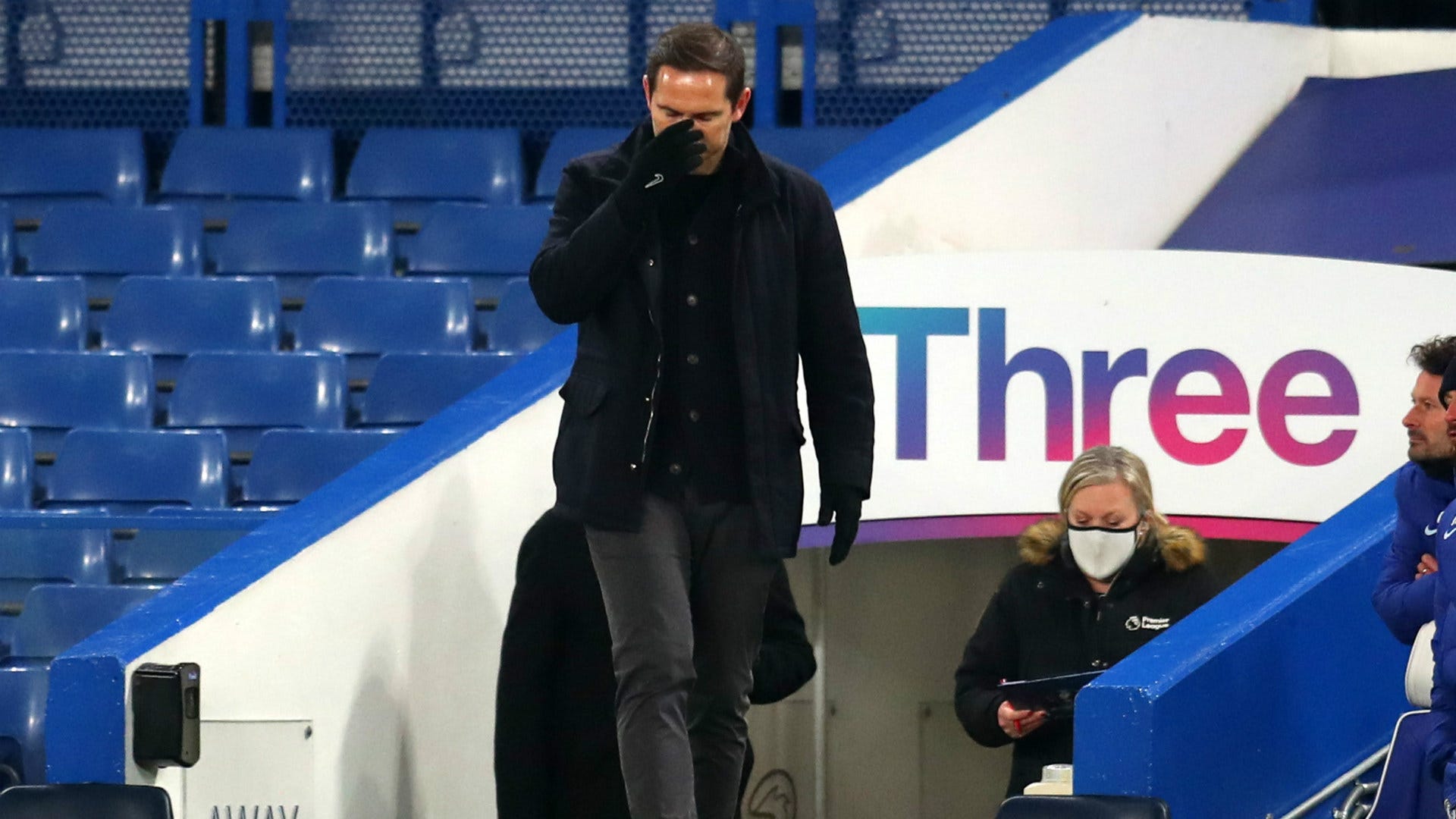 The lack of form shown by Werner and Havertz has at least opened the door for others to try and prove that they can be the answer to Lampard's problems in the final third, and against Villa it was Callum Hudson-Odoi's turn to earn an opportunity.

"I liked his performance today and I liked the range of his passing which was very evident in the first half. a couple of great cross field balls and some of the feet, touches and movement were great," Lampard said of Hudson-Odoi.

"The obvious next part is end product because we want to see Callum as he did against Arsenal to go one very one to be confident to go one very one because he has the ability to do it and to get crosses in like he did for Tammy at Arsenal.

"The top wingers produce it in the Premier League in recent years and Callum definitely has capabilities and that will be the next stage for him."

After impressing off the bench against Arsenal, the England international was again bright here playing off the right, with Christian Pulisic and Olivier Giroud alongside him forming what was Chelsea's most balanced attack of the past month.

Giroud, as always, held the ball up well while providing a threat in the box, with his opening goal the perfect encapsulation as he laid the ball off to Ben Chilwell before driving into the area to head past Emiliano Martinez.

Pulisic, meanwhile, offered a direct threat with the ball at his feet and on another night could, and possibly should, have had a couple of goals as he regularly got in behind the Villa defence. 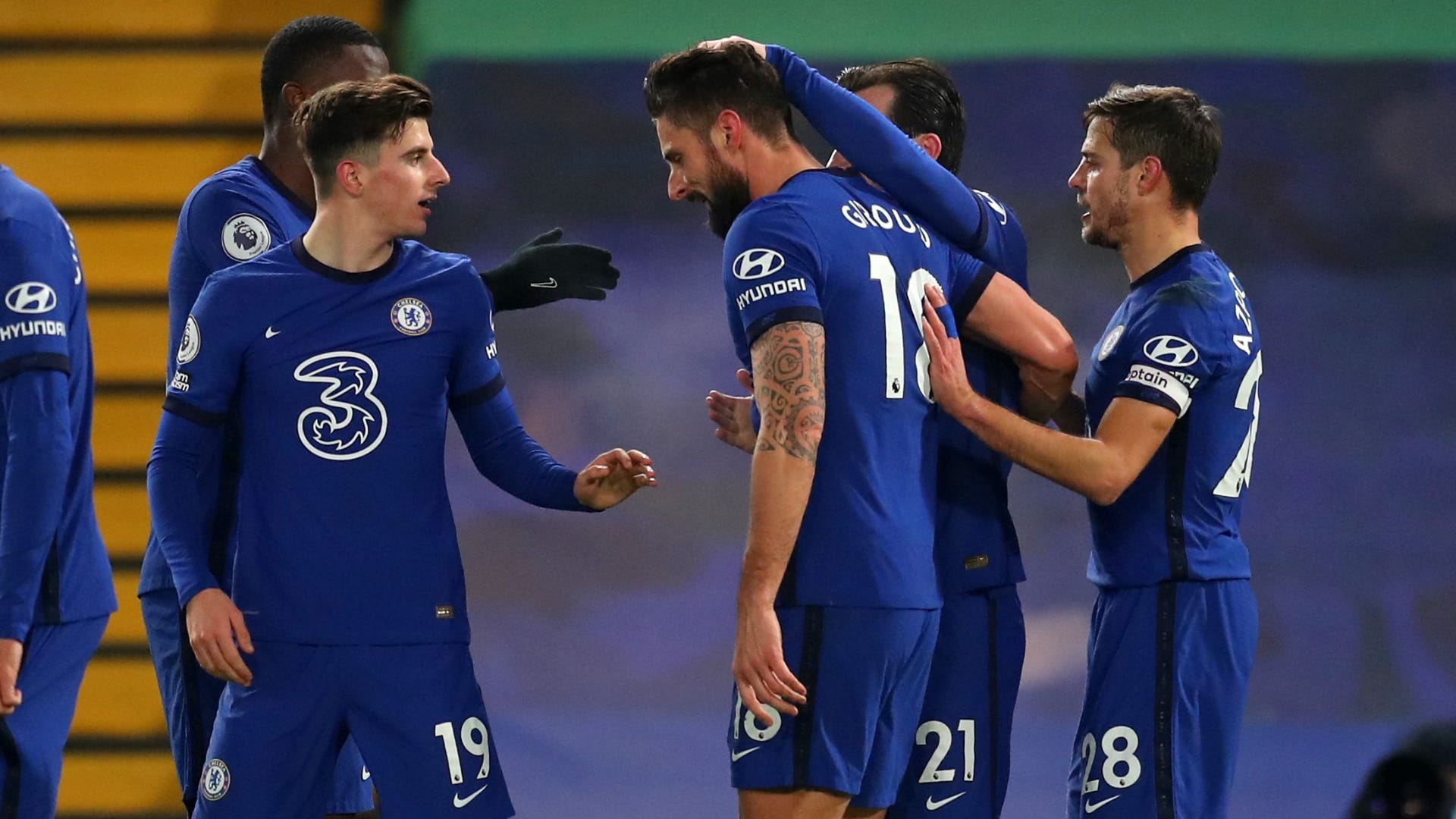 It was interesting to note that when Werner was eventually introduced, it was in place of Giroud rather than the two widemen after a period in which the ex-RB Leipzig star has been used as an inverted winger playing off the left.

It suggests that Lampard is keen to stick with more natural wingers in the shape of Hudson-Odoi, Pulisic and Hakim Ziyech, leaving Werner to battle with Giroud and Tammy Abraham for a starting berth as a central striker.

For Havertz, meanwhile, it is becoming increasingly evident that he will likely need to displace Mason Mount to get a run in the team, but with the academy graduate having completed four 90 minutes in a row, he is unlikely to be left out anytime soon.

Lampard has always insisted that he will pick players who are in the best form, and as such Werner and Havertz will likely be spending more time alongside one another among the substitutes in the coming weeks.

But with the Blues now in danger of ending the year as low as eighth in the table, can Lampard really afford not to get the best out of his big-money buys?