The Frenchman had Arsenal in the running to land the Portuguese star as he prepared to leave Sporting, but saw Manchester United beat him to a deal

Arsene Wenger considers missing out on Cristiano Ronaldo to be his biggest transfer regret at Arsenal as the Portuguese could have “changed history” in north London.

Having spent 22 years at the Gunners helm, the Frenchman has suffered plenty of recruitment near misses in his time.

Some iconic figures have slipped through his grasp, with various factors conspiring against Arsenal as they endeavoured to land both promising and proven stars.

They had been among those in the running to land Ronaldo as he prepared to leave Sporting in 2003, but negotiations dragged on and Manchester United eventually lured a future five-time Ballon d’Or winner to Old Trafford for £12 million ($16m).

Wenger told Arsenal’s official website on those that got away:  "The obvious player [that we missed out on] that comes to mind is Ronaldo.

"He was here with his mother and we were very close. Then Man United came in and they had Carlos Queiroz at the time, who was their coach. United played against Sporting Lisbon and Ronaldo was outstanding and they signed him.

"You could imagine at the time what it would have been like to have Thierry Henry and Ronaldo together. Later Man United had Rooney, Ronaldo and Van Nistelrooy together, they had an exceptional football team, and Giggs and Scholes together. That would certainly have changed a little bit the history of my stay here as well."

He added: "There is always something you could have done differently, but the problem of negotiations is to know when you give in and when you don’t give in. 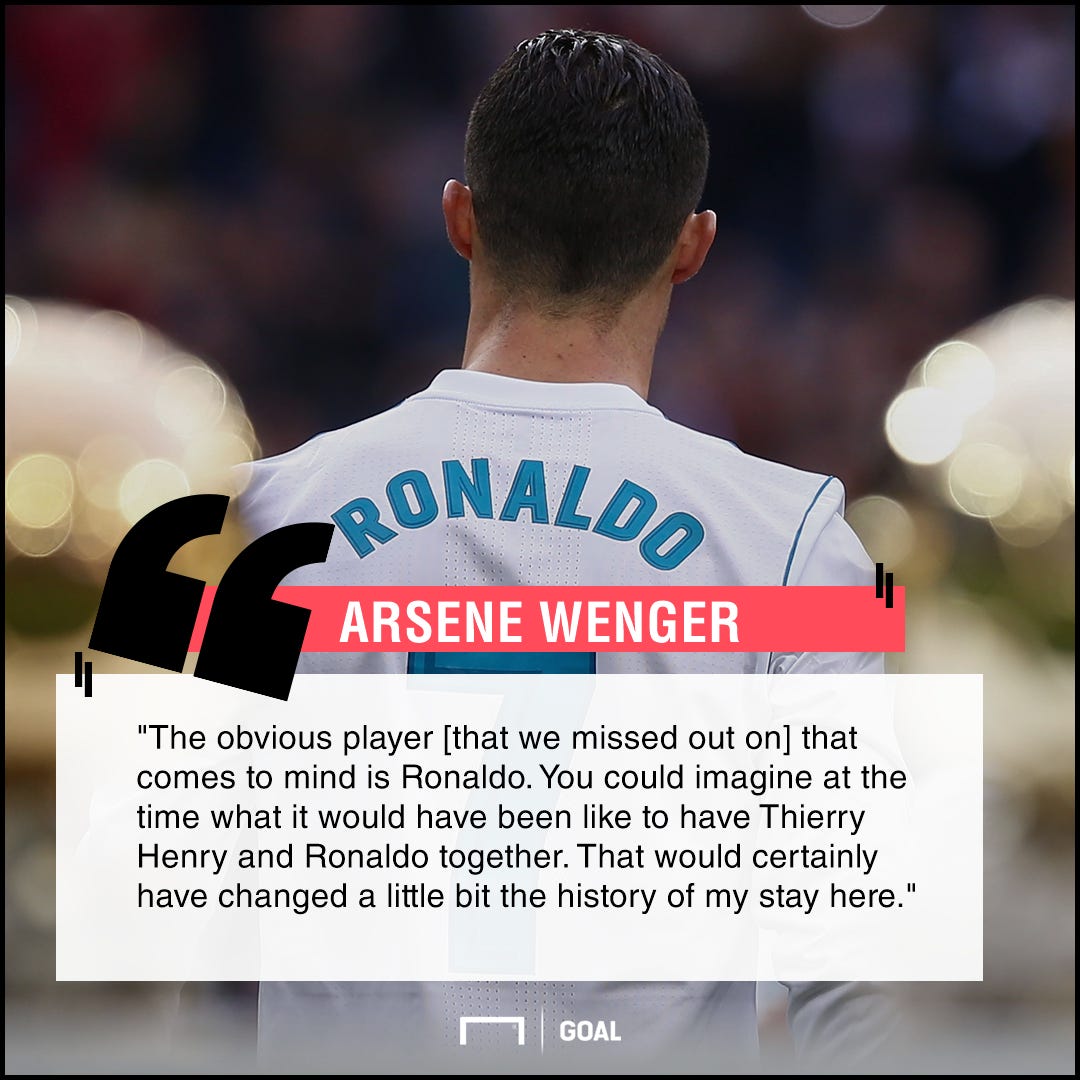 "Once we were at £4.5 million, we were still in negotiations. David met with [Ronaldo’s agent Jorge] Mendes in Paris and he was representing Sporting, so we were very close. But Man United went to £12 million, which we could not afford at the time."

Ronaldo would go on to spend six years with United, winning three Premier League titles, the Champions League and a first Ballon d’Or.

A record-breaking deal then took him to Real Madrid in 2009 and his game has been taken to even greater heights, with a remarkable goal return of 449 efforts in just 436 games recorded in the Spanish capital.