The celebrations at the final whistle were subdued, and understandably so.

For Liverpool, a fine away performance and a strong away win is of secondary importance this evening. The Reds’ 3-0 success at Leeds maintains their unbeaten start to the Premier League season, and moves them level on points - and goal difference - with Manchester United and Chelsea at the top of the table.

But that doesn’t matter right now. Not to Jurgen Klopp and his players.

Not when one of their own is facing months on the sidelines with what looks to be a horrendous injury.

We knew it was bad as soon as Harvey Elliott hit the deck, under a challenge from Leeds substitute Pascal Struijk. The reaction of Mo Salah, the nearest player to the incident, said it all. Salah screamed for Liverpool’s medical team to get straight onto the field, rushing to comfort his young team-mate, who was in obvious distress.

On the sideline, Klopp looked shell-shocked. Not again, surely. Liverpool have had enough bad injuries to last a lifetime during the last 12 months, and now they have another.

“It’s a bad injury,” a visibly upset Klopp told Sky Sports, post-match. “The ankle, I heard, was dislocated. We could put it back and he is now in the hospital.”

What a horrendous piece of misfortune. Elliott was about to be substituted for Jordan Henderson when Struijk’s challenge came. The Leeds man was shown a red card by referee Craig Pawson, and was close to tears as he departed the field.

Elliott was able to applaud the travelling Liverpool fans as he left on a stretcher, and from the dressing room he was able to post a message on his Instagram story.

“Thank you for the messages guys,” it read. “Road to recovery. YNWA.”

What a tough kid. And he’ll need every bit of that toughness in the coming weeks, as first he comes to terms with this blow, and then he looks to recover from it.

“Do I want such a young player to have this experience in his career? No,” said Klopp. “Now we will play football without him, but we will wait for him. He is an incredible player.”

Elliott will not be short of support as he begins his recovery. The likes of Virgil van Dijk, Joe Gomez and Alex Oxlade-Chamberlain, in particular, know what it takes to fight back from serious injury, and Liverpool’s medical team is one of the best around. Klopp, his players and his staff will rally around their young diamond, for sure.

Elliott’s injury, naturally, overshadowed what was a more than decent result for the 2019-20 champions, who were far too good for a Leeds side still searching for their first win of the season.

Salah, as usual, gave the Reds the lead in the first half. Another slice of history for the Egyptian, who becomes the 30th member of the Premier League’s 100-goal club, achieving his century in just 162 games.

Only Alan Shearer, Harry Kane, Thierry Henry and Sergio Aguero got there quicker; a reminder, in a weekend dominated by Cristiano Ronaldo and Romelu Lukaku, that Liverpool have their own superstar, and that he is as hungry and as deadly as ever. 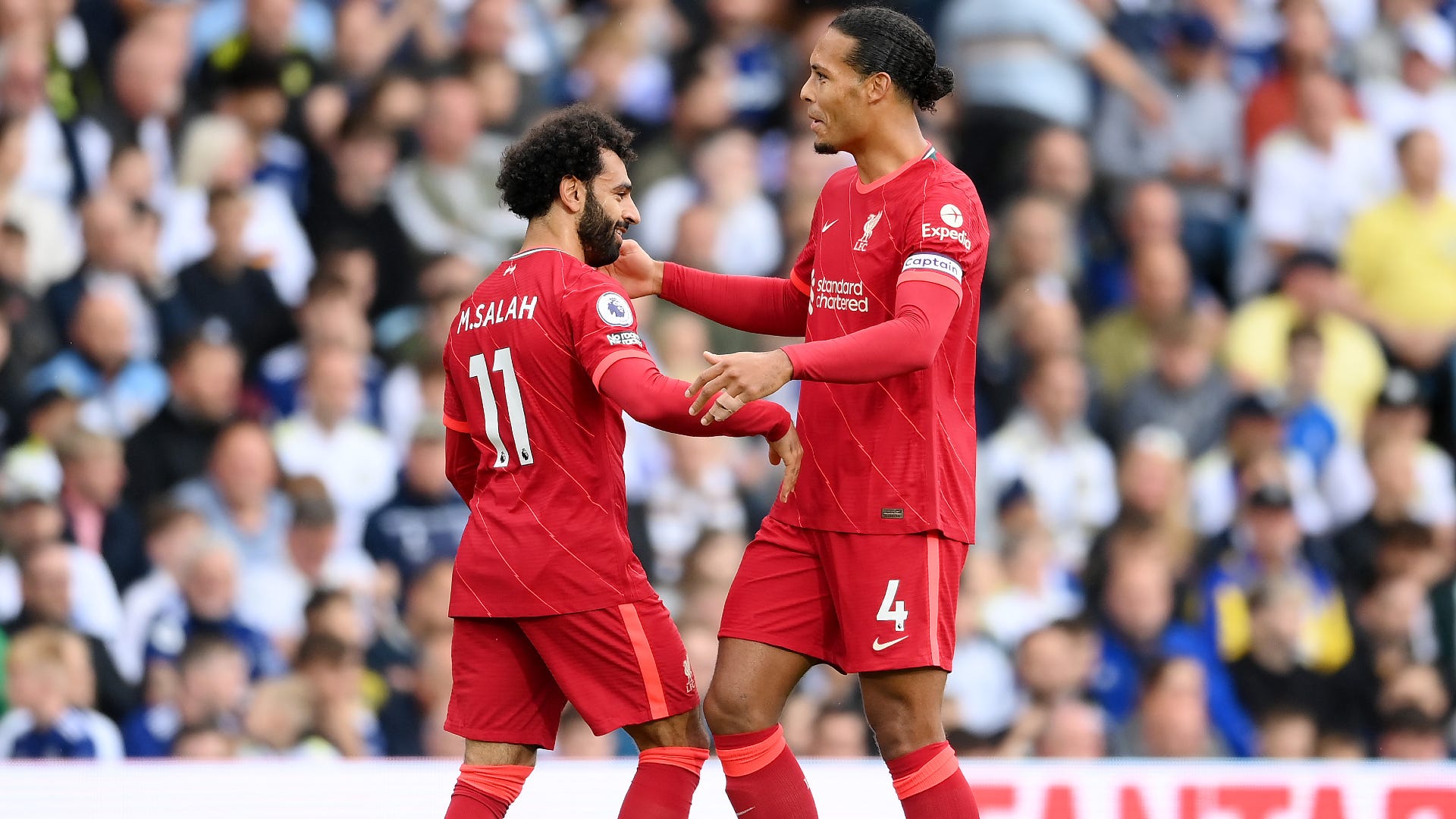 Salah was outstanding, as were Liverpool. They could have been out of sight by half-time, with Ilian Meslier denying Elliott and Diogo Jota, and Sadio Mane missing a gilt-edged chance for 2-0.

As it was, it was left to the brilliant Fabinho to grab the all-important second, five minutes into the second half. The midfielder, allowed to play after a late U-turn by the Brazilian FA, prodded his first goal in 50 games to give Klopp’s side the cushion they deserved.

Elliott’s misfortune changed the mood, understandably, though Liverpool to their credit kept pushing until the end. Mane eventually got the goal his industry merited, smashing home in stoppage time after good work from Henderson and the excellent Thiago Alcantara. Liverpool finished the game having had 30 shots at goal, their three-goal margin feeling almost insufficient, given their dominance.

Not that it will concern Klopp. Nothing about the game will, right now. His mind will be on Elliott, and understandably so. It really can be a cruel game, sometimes.

Get well soon, kid. Your star will shine bright again soon, for sure.