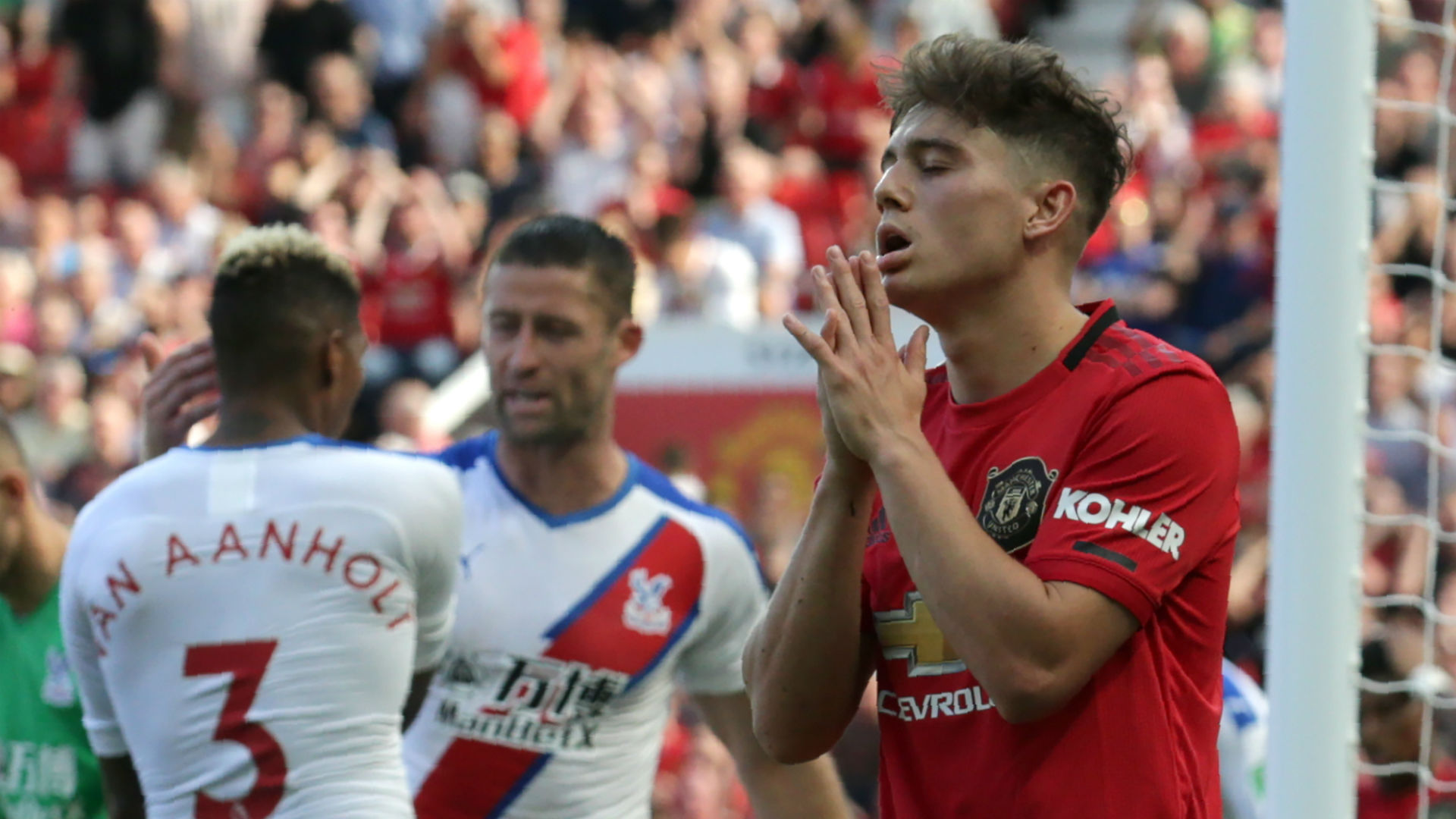 The Wales international winger thought he had rescued at least a point against Crystal Palace, but ended up with nothing to show for his efforts

Daniel James felt Manchester United should have gone on to beat Crystal Palace after he handed them a lifeline, but his efforts ultimately counted for nothing.

The Wales international winger dug the Red Devils out of one hole late on against the Eagles.

Jordan Ayew had fired Palace in front during a disappointing first-half display from United.

Ole Gunnar Solskjaer then saw his side miss a second penalty in as many Premier League games, with Marcus Rashford following in the footsteps of Paul Pogba.

James made amends for that spot-kick failure when he levelled matters in the 89th minute.

United felt there was enough time at that stage for them snatch a winner, but ended up being breached again as Patrick van Aanholt drilled through David de Gea in stoppage-time.

James was left despondent at the final whistle, with there little for him to celebrate despite recording his second goal for the Red Devils.

He told reporters: “First half we were not at the races but second half we played well.

“When we got that goal, I honestly thought we were going to win it.

“It was hard for us to get through, we couldn’t get into the final third, they set up well.

“I am delighted to score but I think we should have gone on to win it. We were in control and then to go on and lose it is disappointing.”

They had also never seen an opponent net a last-minute winner against them in a top-flight clash at Old Trafford.

Both of those records have now come to a dramatic end.

Solskjaer will be demanding an improvement from his side the next time they take to the field, with United having been unable to build on the clinical performance they put in when downing Chelsea 4-0 on the opening weekend.

The Red Devils’ final fixture before the first international break of the 2019-20 campaign will see them head out on the road to Southampton for a lunchtime kick-off on Saturday.