Pep Guardiola’s side suffered a rare defeat against the Whites, with the Premier League leaders unable to see off 10-man opposition

Nathan Ake was quick to air his frustration after seeing Manchester City beaten 2-1 by 10-man Leeds, with the Blues defender admitting that the hosts left themselves “too open” towards the end of a game that they had dominated.

Pep Guardiola saw his Premier League leaders fire in 29 shots against Marcelo Bielsa’s visitors, but only one of those efforts - from Ferran Torres - found the target.

At the opposite end of the field Leeds mustered only two attempts on goal, but Stuart Dallas made both of those count as he became an unlikely hero with a well-taken brace – including a 91st-minute winner.

City defender Ake, who was replaced just before the hour mark with City still trailing 1-0 at that stage, has told BT Sport: “It was frustrating.

“We knew it would be tough before the game but the manner we conceded the goals were not great. They had the red card so we pushed and pushed and could not score in the second half.

“After the game it is easier to say. We left ourselves maybe a little too open. We pushed so much to get the second goal and they are a very good counter-attacking team.

“The second half, how we came out was good. We tried to create. It's difficult when the whole team is behind the ball. When you get the first back you feel you can push on. We left ourselves open for the counter-attack.

“I think it's maybe one of those days where we had a lot of chances. When you don't score obviously it is going to be tough and we need to make sure we close down at the back, which we didn't do. We move on and reflect on this. We have a big game on Wednesday.” 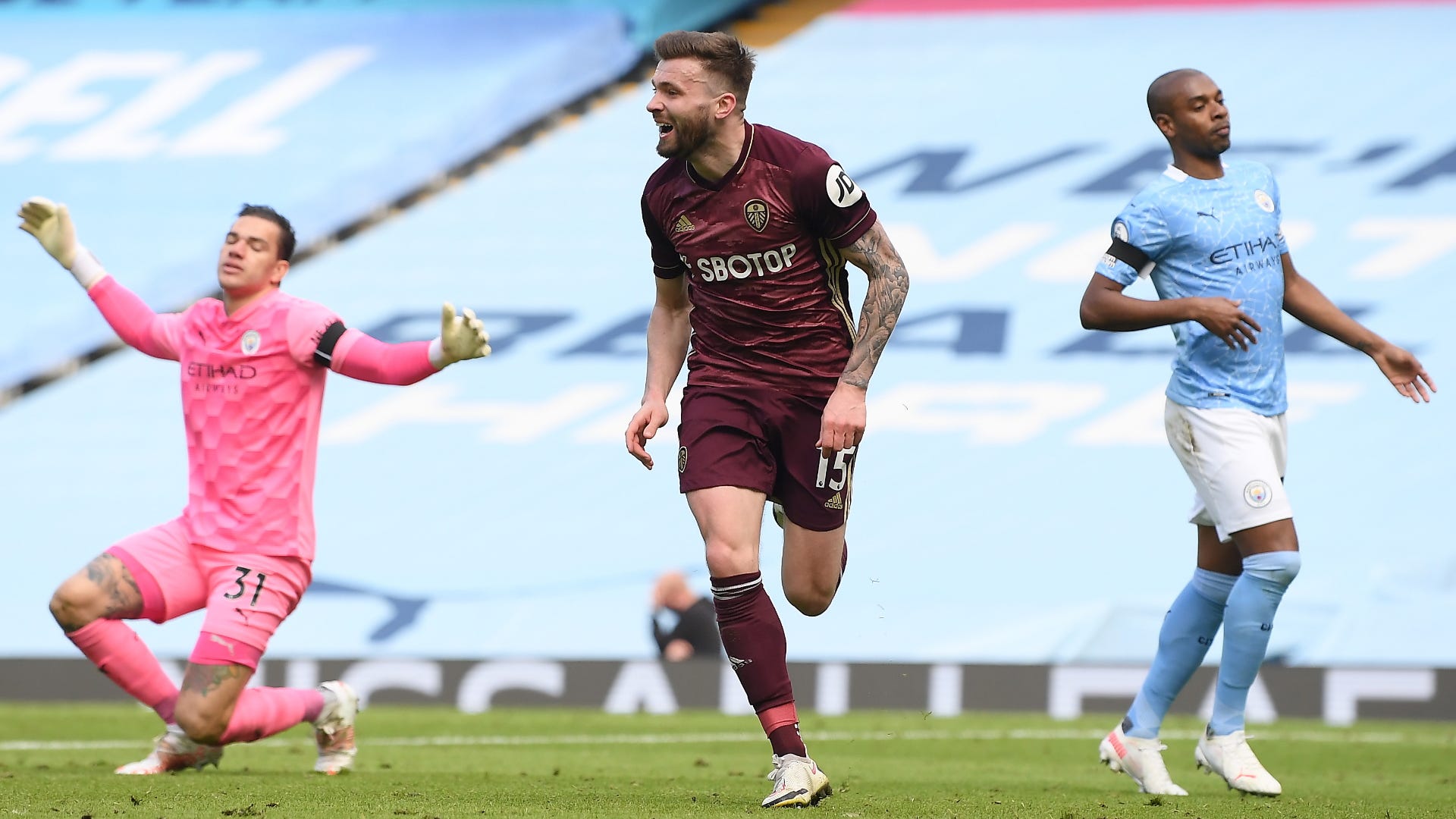 City have the second leg of a Champions League quarter-final clash with Borussia Dortmund that they currently lead 2-1 on aggregate to take in on Wednesday.

They would have been hoping to head to Germany buoyed by another domestic success, as they ease their way towards a Premier League title triumph.

It was, however, not their day against Leeds, with Guardiola’s men unable to take advantage of a reckless red card for Whites skipper Liam Cooper.

Defeat to Bielsa’s hard-working side represents City’s first setback against a newly-promoted team since Stuart Pearce was at their helm against Reading in February 2017 – with 42 such outings taken in since then.

The Blues have also suffered a Premier League reversal on home soil after being breached in stoppage-time for the first time since Robin van Persie snatched dramatic derby spoils for Manchester United in December 2012.