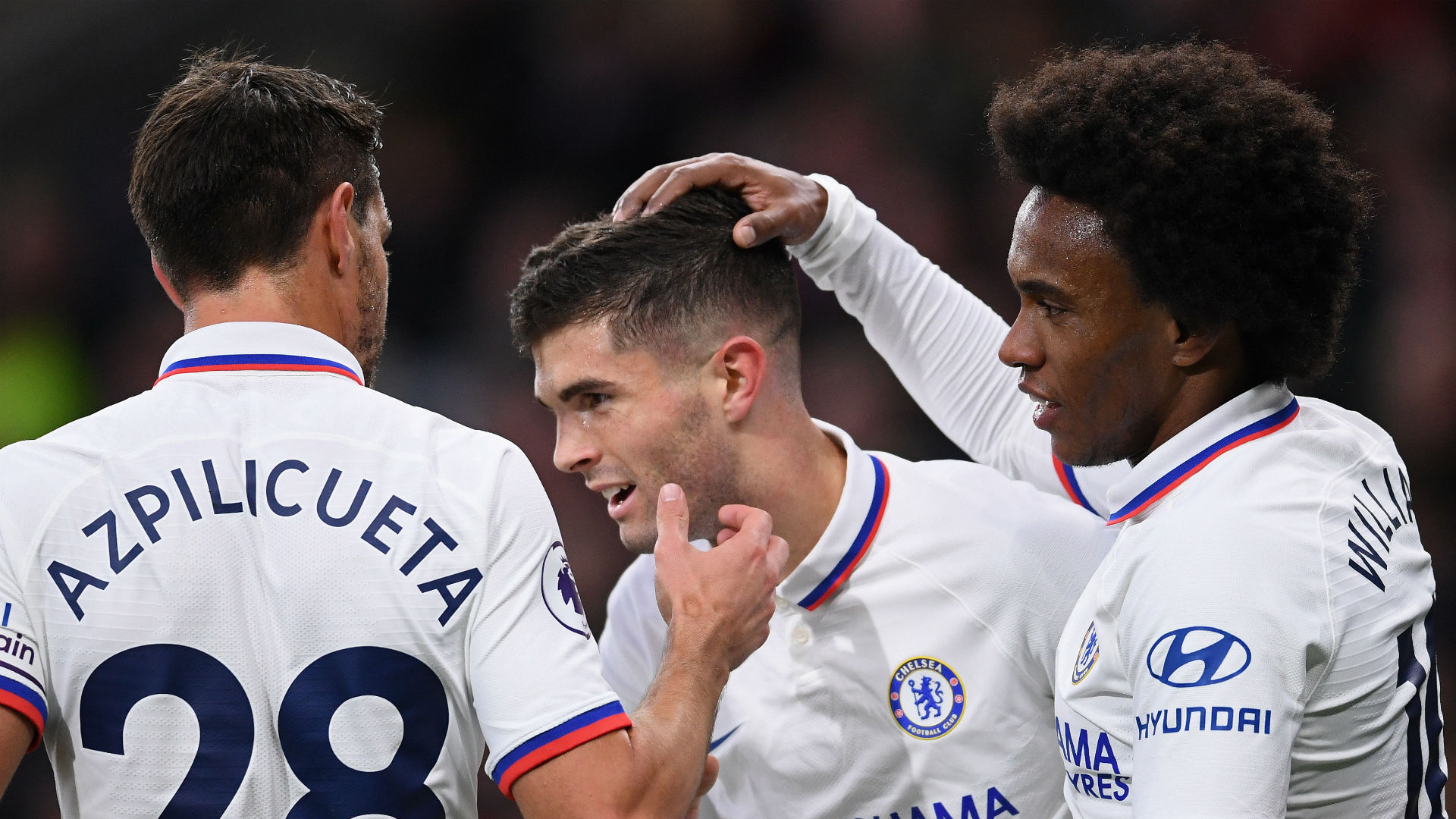 Christian Pulisic’s reversal in fortune at Chelsea has continued in his latest outing for the Blues, with the United States international recording his first goals for the club with a perfect hat-trick.

The 21-year-old playmaker has endured a testing start to a spell at Stamford Bridge.

Big things were expected of him following a £58 million ($74m) arrival from Borussia Dortmund and the pressure appeared to weigh heavy on him at times.

Frank Lampard decided to take him out of the firing line for a while, with the Blues boss favouring other options.

He was, however, eager to talk up Pulisic’s potential at every opportunity and never lost faith in the American star.

That patience is now being rewarded, with a highly-regarded performer starting to show his true colours.

A couple of impressive outings off the bench, in Premier League and Champions League competition, helped to raise confidence in Pulisic’s game.

With belief returned to the US star, he was restored to Chelsea’s starting line-up for a trip to Burnley - the first time he had made Lampard's XI in the Premier League since August 31.

He justified that selection inside 21 minutes at Turf Moor by breaking the deadlock.

Pulisic had taken in nine competitive outings for the Blues without troubling the scorers, but opened his account in some style against the Clarets.

Some questionable defending saw him pick the pocket of Matt Lowton and dart towards the box.

One stepover later and Pulisic completed an impressive solo run by drilling low across Nick Pope and into the bottom corner.

An outpouring of emotion from a man who has faced plenty of uncomfortable questions was to be expected, and duly arrived as his team-mates flocked to celebrate with him.

Pulisic is the first American to record a Premier League goal for Chelsea, with that statistic representing another notable feather in his cap.

1 - Christian Pulisic is the first player from the USA to score for @ChelseaFC in the Premier League. The Blues have now had players from 36 different nations score for them in the competition (excluding own goals). Global. #BURCHE pic.twitter.com/6DYUlDLjmX

Rather inevitably, having opened the floodgates, Pulisic’s second effort for the Blues arrived within 24 minutes of his first.

Once again it was all his own work as he picked up possession in a dangerous area of the field and forced Clarets defenders back.

His right-footed effort did take a big deflection, but there was no denying the youngster his second of the game.

Remarkably, given his experiences over recent weeks, a match ball was secured when completing his hat-trick in the second half - becoming the youngest Chelsea player to achieve that feat in the process.

Mason Mount whipped over a cross, after seeing an initial corner fed back in his direction, and Pulisic glanced home from close range.

2 - Christian Pulisic is only the second American player to score a @premierleague hat-trick, after Clint Dempsey for Fulham against Newcastle in January 2012. Pie. #BURCHE

Only one fellow countryman has a Premier League hat-trick to his name, former Fulham star Clint Dempsey.

Pulisic will be hoping that there are many more efforts to come, with Chelsea looking for a breakthrough performance to provide a springboard for bigger and better things.