The Frenchman never demands the spotlight like his central defensive partner but, as he showed in Saturday's win at Getafe, he is also a fine leader

Not literally, of course, because the Frenchman has long been a certain starter alongside the Spaniard, but in essence, in spirit, and in significance.

It was Varane who stood up and made the difference for Madrid at the Coliseum Alfonso Perez, as the visitors earned a 3-0 win to go top of La Liga before Barcelona visit rivals Espanyol later in the day.

Varane scored the first two goals on a day where it looked like Madrid didn’t have anything in attack capable of breaking their stubborn local rivals.

It was a game in which the goalkeepers proved decisive, albeit for different reasons.

Perhaps the highlight of the first half hour was the referee having to change his headpiece due to a technological malfunction.

Of course, Getafe were more than happy with such a scrappy encounter, with their battling, tenacious game plan proving an effective antidote to Madrid’s attacking menace.

Indeed, both Karim Benzema and Gareth Bale were kept extremely quiet, while Isco was unable to influence the play.

This was yet another match which would have benefited enormously from the presence of Zinedine Zidane’s marquee summer signing, Eden Hazard.

The Belgian has the exact skill-set required to take apart teams like Getafe, to capitalise on a half-yard of space and break out of Alcatraz.

In the end, the cell door was left wide open for Varane by David Soria. 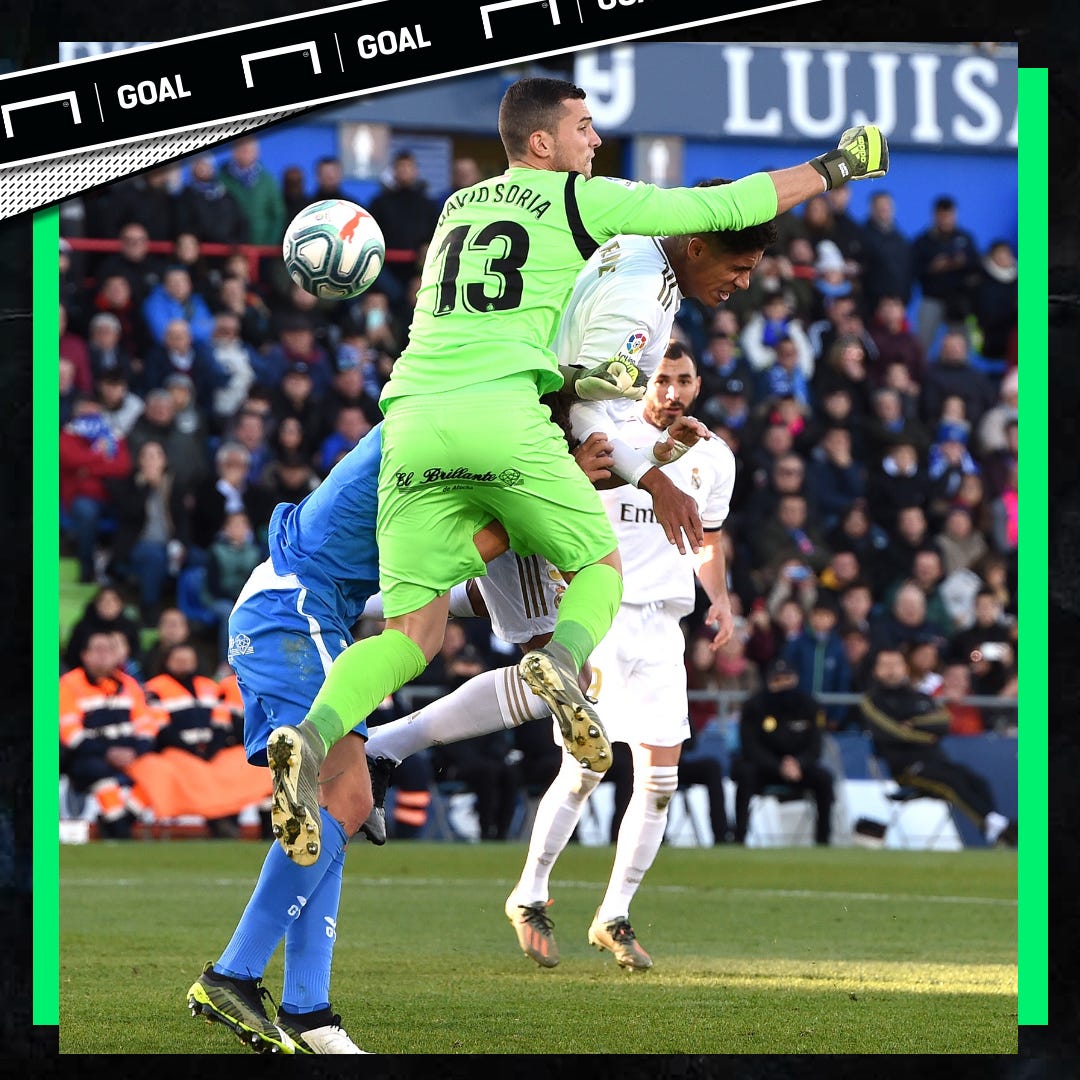 The Getafe goalkeeper rushed a long way off his line to try to reach Ferland Mendy’s cross but only contrived to deflect the ball against Varane and into his own net.

Some outlets put it down as an own goal; others gave it to Varane.

Whatever the truth – and it was difficult to discern even with the aid of replays who applied the final touch – Varane's contribution had been key, the centre-half in the right place at the right time to force the issue.

At the other end of the field, meanwhile, the resurgent Thibaut Courtois made several impressive saves to deny Mauro Arambarri, Jaime Mata and Faycal Fajr among others.

The Belgian is in his richest vein of form since signing for Madrid from Chelsea and his team are reaping the rewards.

Knowing that Madrid were in such safe hands at the back, Varane ventured forward again shortly after half-time to effectively put the outcome beyond all doubt with his second of the game.

This time, there was no doubt that the goal was his, with the 26-year-old heading home emphatically from Toni Kroos’s pin-point cross.

Luka Modric added a nice gloss to the final scoreline by tapping home in injury time but it was Varane who had already done all the damage.

This was a vital win for Madrid, who had drawn their three previous games, against Valencia, Barcelona and Athletic Bilbao.

The Blancos have struggled to kill teams off with Hazard out injured for much of the campaign so far and when teams as defensively minded as Getafe shut out Benzema, scoring goals become a major concern.

It is worth noting that Varane also struck in Madrid’s previous Liga victory, a 2-0 win over Espanyol on December 7, and if he continues in this way, he might start stealing Ramos' limelight on a more regular basis.

The 2018 World Cup winner certainly deserves greater attention for the role he has played in Real's recent triumphs.

This, after all, is a player who must rank as one of the greatest signings in the club's history, having been quietly and consistently excellent signing joining from Lens in 2011 for just €10 million (£9m/$11m).

The team’s focus on goalscoring and larger-than-life characters has meant that the past decade at the Santiago Bernabeu has been dominated by characters such as Ramos and Cristiano Ronaldo but Varane has been every bit as crucial to their success.

On Saturday, though, in the south of the capital, he was given the chance to take centre stage - and delivered a show-stopping performance.