Darwin Nunez got back among the goals for Uruguay this week, but can he now kickstart his Anfield career?

Talk about a much-needed goal. Talk about a goal which Liverpool hope will help kick start their season. When Luis Suarez, the old warhorse himself, escaped down the right and floated over the cross, Darwin Nunez’s eyes must have lit up. Here was the kind of chance strikers dream of, especially ones in need of a confidence booster.

Nunez wasn’t about to miss out, planting his header perfectly into the bottom corner. It may only have been a friendly, a low-key 2-0 win for Uruguay over Canada in the Slovakian capital of Bratislava, but it could well turn out to be a significant one for Liverpool’s new £64 million (€72m/$70m) centre-forward, who will have Brighton in his sights when the Premier League restarts at Anfield on Saturday.

It has been a mixed old start for Nunez since his switch from Benfica, and the form of Erling Haaland at Manchester City has only cranked up the pressure on the Reds' newboy.

Two months into the campaign, the relentless Norwegian sits pretty at the top of the Premier League goalscoring charts, while Nunez has as many red cards as league goals, and plenty still to prove at his new club.

“It is a bit unfair, but it’s definitely put extra attention on him,” Robbie Keane, the former Liverpool striker, tells GOAL. “Because Haaland has done so well, people are looking at Nunez and asking why he hasn’t.

“It’s not necessarily right, because they’re different players coming into different situations and you can’t always compare, but it has killed Nunez a bit. They both came in for big money at the same time, and only one of them is flying.”

It feels a while ago now that we were talking about Nunez ‘upstaging’ Haaland at the Community Shield. The Liverpool man was the game-changer that day, emerging from the bench to win a penalty and score his first Reds goal as Jurgen Klopp’s side won 3-1 at Leicester’s King Power Stadium.

Haaland, by contrast, finished the game wearing a wry smile, having struggled to get into the game before smashing a glorious late chance against the crossbar. 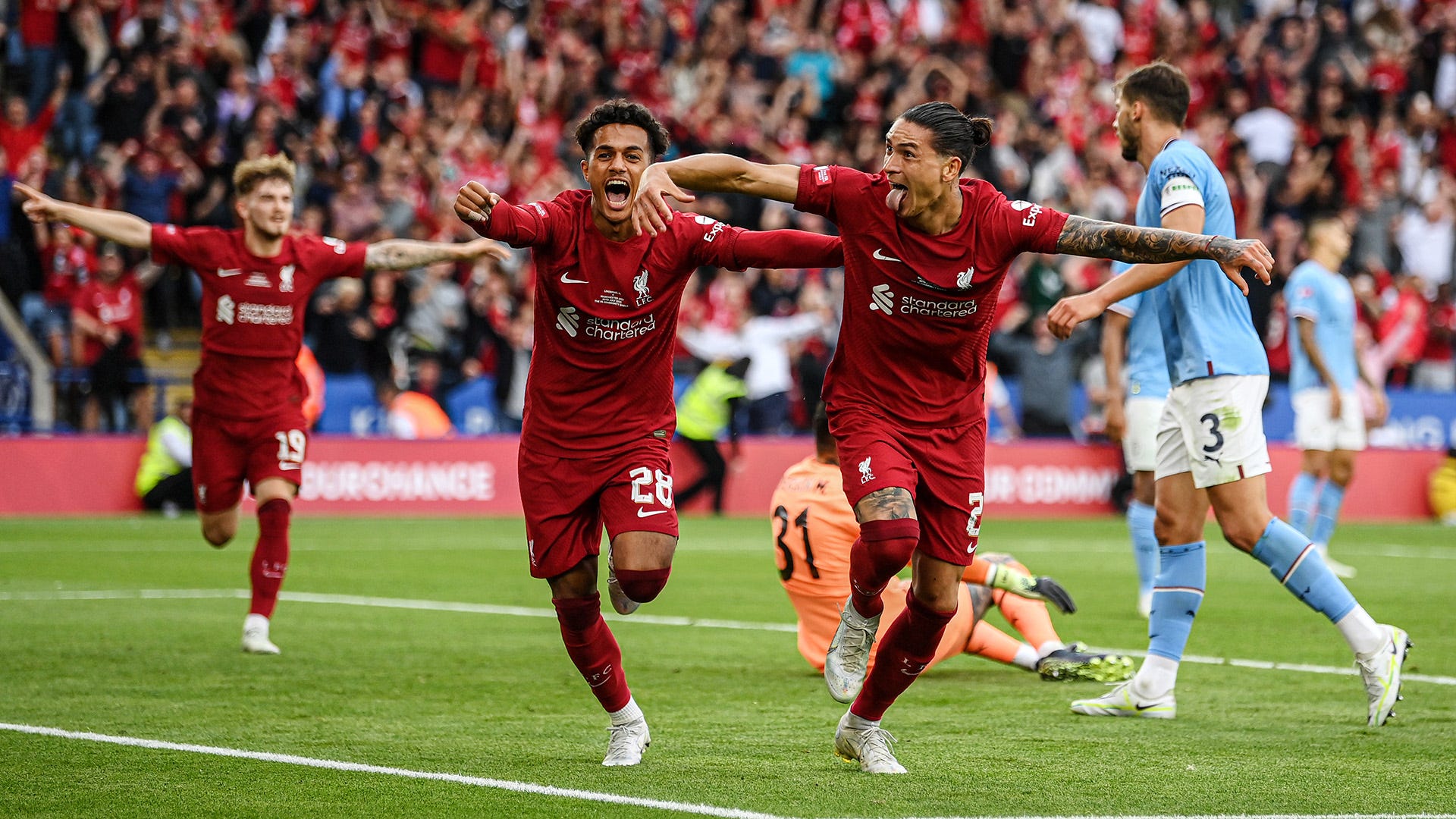 Drawing conclusions from one game, especially one played in July, is never wise, of course, and Haaland has spent the last two months making a mockery of those who had the temerity to suggest he might need time to find his feet at City.

With 14 goals in his first 10 competitive games, the Norwegian is already threatening to break just about every scoring record there is.

Not so Nunez, whose sole strike since the Community Shield - prior to Tuesday, anyway - came at Fulham on the opening weekend of the league season. Nine days later came that sending off on his home debut against Crystal Palace, and any momentum built up was lost.

“That will definitely have affected his confidence,” says Keane. “He’d started off quite well, but that set him right back.

“But it would have been an adaptation period anyway. He definitely would not have been used to the intensity of the Premier League, and especially the way a Klopp side plays, always on the front foot, always with a lot of energy. There’s no way he’d have had that with his previous teams, so it was always going to take him a bit of time to get up to speed.”

Nunez has managed only 132 minutes for Liverpool since the Palace dismissal, starting the Merseyside derby against Everton before appearing as a substitute in the Champions League against Napoli and Ajax.

Yet while there is clearly work to do, both in terms of Nunez’s own game and in his relationship with and understanding of his new team-mates, there are obvious signs of encouragement too. 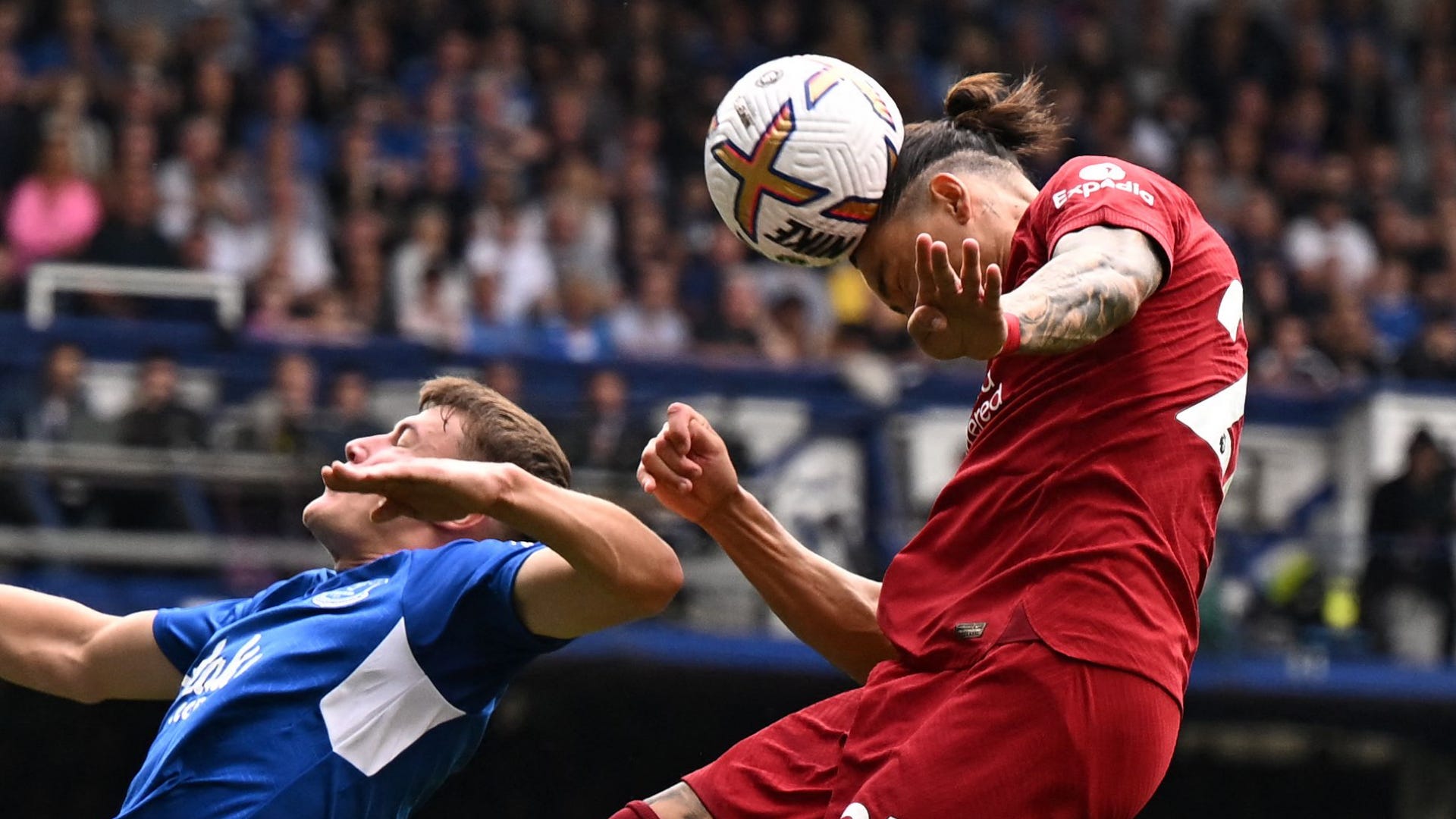 The Liverpool man also tops the list for touches inside the opposition box per 90 minutes - ahead of Gabriel Jesus, Mohamed Salah, Roberto Firmino and Haaland - has hit the woodwork twice, and his expected goals (xG) per 90 of 0.91 is bettered by only one player - and you won’t need three attempts to guess who that is, surely?

Perhaps it’s best, though, for the time being at least, to shelve the Haaland comparisons. The City man, clearly, is a generational talent, a goalscorer of elite quality with a proven, and quite remarkable, track record.

Nunez, for all his qualities, is not that. Not yet, anyway. He's a very good player with a great deal of potential, who should, once settled and fully integrated, become a big hit at Liverpool.

“You don’t spend that much money on someone unless he’s got something,” says Keane. “He scored a lot of goals at his previous club, and once he finds his feet he will do the same at Liverpool I’m sure. He just needs time.”

Liverpool have a dozen games between October 1 and November 12, so there should be ample opportunities for the Uruguayan to pick up some rhythm in a red shirt.

Scoring for his country should help. However hard you train, however strong-willed you are and however good your support network is, few things, for a striker, can match the feeling of seeing the ball hit the back of the net.

Liverpool hope it won’t be long before Nunez is experiencing that feeling on a regular basis again. It's been a slow start, but it's time for the big man to get his Reds career going.

Are you backing Nunez to come good?

How many goals will Nunez score for Liverpool this season? 🤔