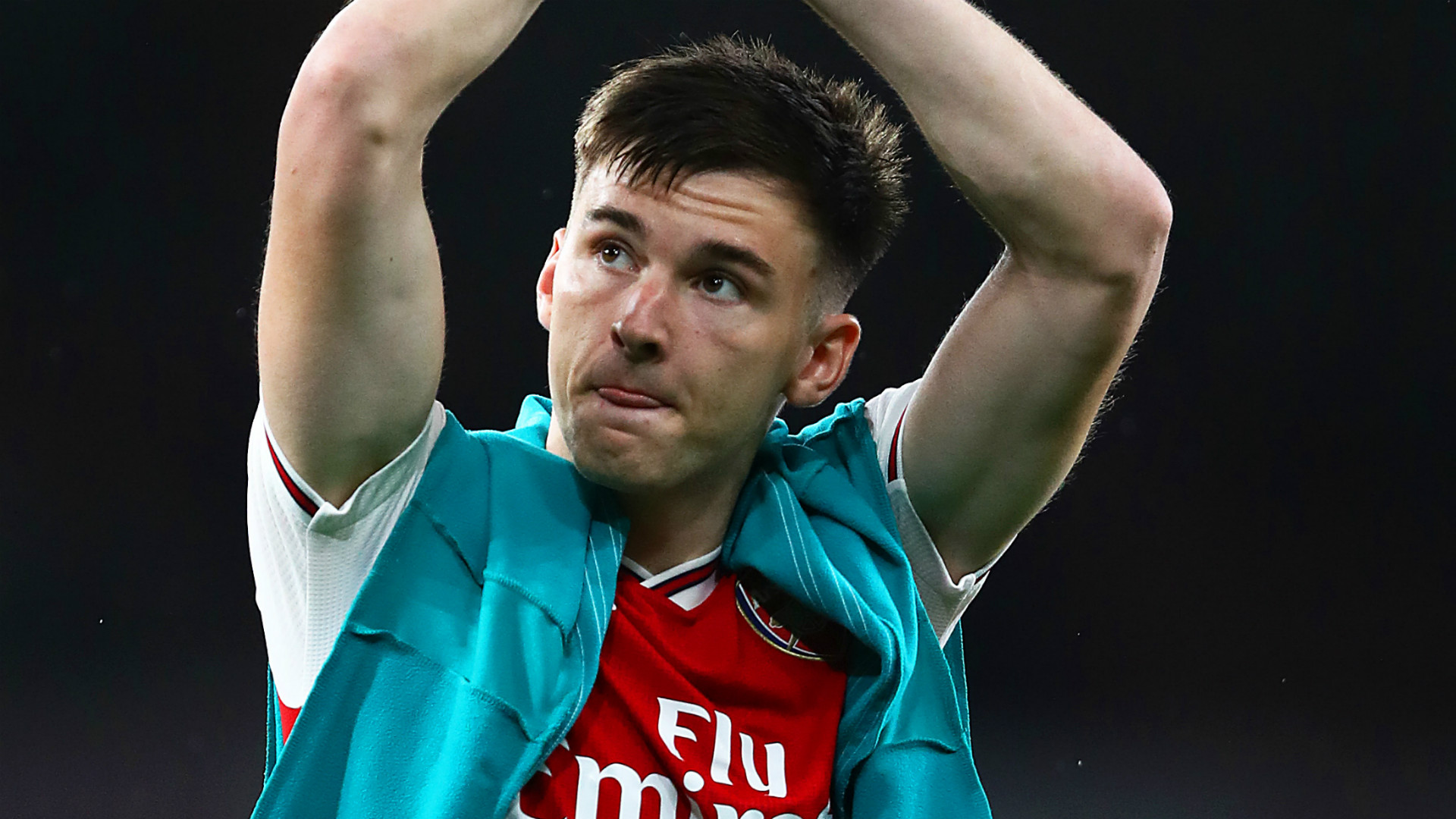 Kieran Tierney has been urged to keep kicking people in Arsenal training, with Martin Keown telling the Scottish full-back he should make no apologies for being in the Patrick Vieira mould.

Back when the Gunners were regular contenders for the Premier League title, Arsene Wenger worked hard to ensure that a winning mentality was formed in north London.

Character was as important to an ambitious side as ability, with some big personalities drafted into a star-studded squad.

World Cup winners Vieira and Emmanuel Petit were a big part of that set-up, with the French pair looking to lead by example.

For them, training as you intended to play was a vital part of the process, but those standards have slipped at Arsenal in recent times, leading to inevitable regression, although the plan is to bring the good times back.

The signing of Tierney from Celtic in 2019 forms part of that, with the combative 23-year-old urged to keep demanding more from those around him – even if they do not always appreciate his methods.

“I think I’d have been saying, ‘this is how I train’. Everyone knew that [with me]. I wore screw-in boots in training.

“Thierry Henry used to go berserk because he thought I was trying to kick him in training every day. But I just couldn’t wear moulded boots, I had to wear screw-in boots.

“I wanted to be at my best, and I think Tierney’s the same.

“He shouldn’t apologise for it. In fact, that should be the level of training.

“As it was back then. I can tell you on the training pitch it was white hot, it was very competitive.

“The likes of Patrick Vieira, Emmanuel Petit, these guys were winners, World Cup winners, and they wanted to win everything – five-a-sides, four-versus-four, two-versus-two – you couldn’t let anyone down.

“And it breathed that in the football club, so it’s good to have that sort of person and I’m pleased if that’s now what he’s trying to recreate.”

Mikel Arteta is the man charged with the task of finding a winning formula for Arsenal, with the Spaniard in the process of assessing a squad he inherited in December 2019 before dipping into the transfer market for much-needed fresh faces.