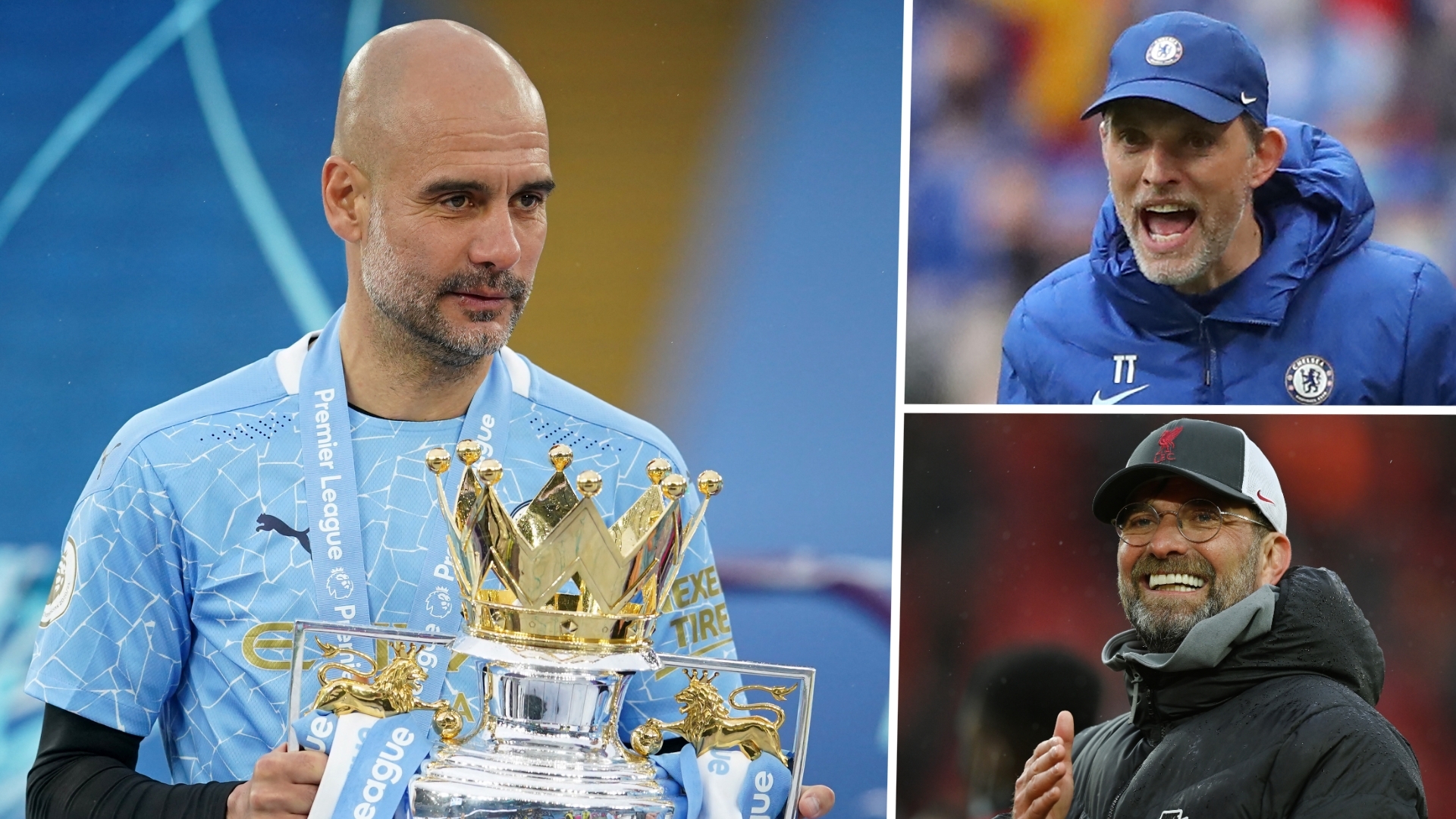 He is a deserving winner of LMA Manager of the Year for becoming the first person to work out pandemic football and adapt accordingly, taking Man City from eighth at the beginning of 2021 to their third crown of his tenure by doubling down on possession football and controlling the chaos.

Following a wild and unprecedented first third of the 2020-21 season, Guardiola recognised that reduced time on the training field, coupled with the exhausting schedule and empty stadiums, meant it was no longer possible to press hard – and no longer sensible to push on with the normal tactical rhythms.

Guardiola slowed things right down, using inverted full-backs and a double pivot in midfield to cram the middle of the pitch with bodies and play the sort of slow tiki-taka he has always loathed. It took a few weeks to click but the Catalan held his nerve, in doing so reaffirming his genius as City won the league at a canter.

The sight of the country’s richest club winning the league for the third time in four years, not to mention the rumours that Erling Haaland or Harry Kane might join the club this summer, has understandably caused concern among neutrals that Guardiola is building a dynasty.

It is certainly plausible that City will dominate for the next decade but it is far from guaranteed. Those fearing an uncompetitive Premier League in the years ahead are forgetting just how recently things appeared to be collapsing at Man City – and just how easily those problems could re-emerge next season.

Between August 2019 and December 2020, Man City won 101 points from 50 Premier League games, a record well below title level that caused many to wonder if the Guardiola era was ending.

Certainly, it was universally agreed that a rebuild was needed, not least because so many star players are pushing 30 and have been at the club for a long time.

What changed between December and May wasn’t new signings or the birth of a new era, but rather a brilliant response to the unique environment of pandemic football.

Indeed, it is worth noting that this season's title-winning haul of 86 points is just five points higher than Man City's tally in 2019-20 – a season viewed as serious underperformance. Consequently, it is plausible that should football return to a pre-pandemic aesthetic in 2021-22, many of those problems will re-emerge.

The two main issues through 2020 were a drop in pressing intensity and the universalisation of their playing style after idiosyncratic players like Leroy Sane, Fernandinho, and David Silva either left or diminished in stature.

For a long time, it looked as though Rodri had become an emblem of Guardiola’s football becoming too safe, lacking the unpredictability that comes from players like Sane rebelling against the grooves of the manager’s tactics.

During the pandemic, this has proved to be exactly the right approach to prevent frenzied end-to-end games, insulating against the effects of mental and physical exhaustion.

But will the centre hold when the ‘real’ Premier League returns and clubs up and down the division start playing with more urgency and tactical coherence?

Chelsea have been transformed by Thomas Tuchel and, after a full summer to absorb his coaching methods, they are likely to be pushing 90-plus points next season. Theirs is a remarkably talented squad and Tuchel is the perfect manager to maximise the potential of the likes of Kai Havertz and Timo Werner, suggesting a serious title challenge is coming.

Liverpool can hope for a return to form next year if their late surge into the Champions League places is anything to go by. Having won five in a row since Fabinho was moved back to central midfield, there is a strong argument to be made that Jurgen Klopp’s football will click back into place once his first-choice centre-backs are fit again.

And in the cases of Chelsea and Liverpool, a return to pre-pandemic conditions of fitness and tactical preparation will ensure gegenpressing is once again a feature of the Premier League next season.

Man City, then, will likely need more than 86 points, which means the tactical and personnel rebuild many assumed was needed last December is still required.

What’s more, further down the table greater tactical coherence among the mid-ranking teams will put more pressure on City and could expose their tendency towards slow and sideways possession.

None of this is to say Man City will struggle next year; you wouldn’t bet against Guardiola making all the necessary changes, of course, or outsmarting every other manager in the division by adapting rapidly to the return of the old ways.

Phil Foden’s emergence has already pushed City into a new tactical direction and, alongside the emergence of Ruben Dias, it looks as though Guardiola has replaced David Silva and Vincent Kompany, respectively, after 12 months of difficulty without them.

It goes without saying signing Haaland or Kane would be a game-changer. But Man City dominance is in no way a foregone conclusion. The concerns through winter are still lurking in the background.

The football world has a tendency to underestimate flux; to assume the temporary is permanent. We struggle to imagine downturns when times are good, and rarely see the wood for the trees when in the midst of despair.

It is a strange, wilful ignorance that seems to drive the short-termism of the industry and our obsession with crises and new dawns. Nobody saw Liverpool’s collapse coming, for example, but look how quickly things fell apart after their extraordinary success.

Man City supporters have every reason to feel optimistic about the future. But so do their rivals. Any talk of a dynasty is premature.