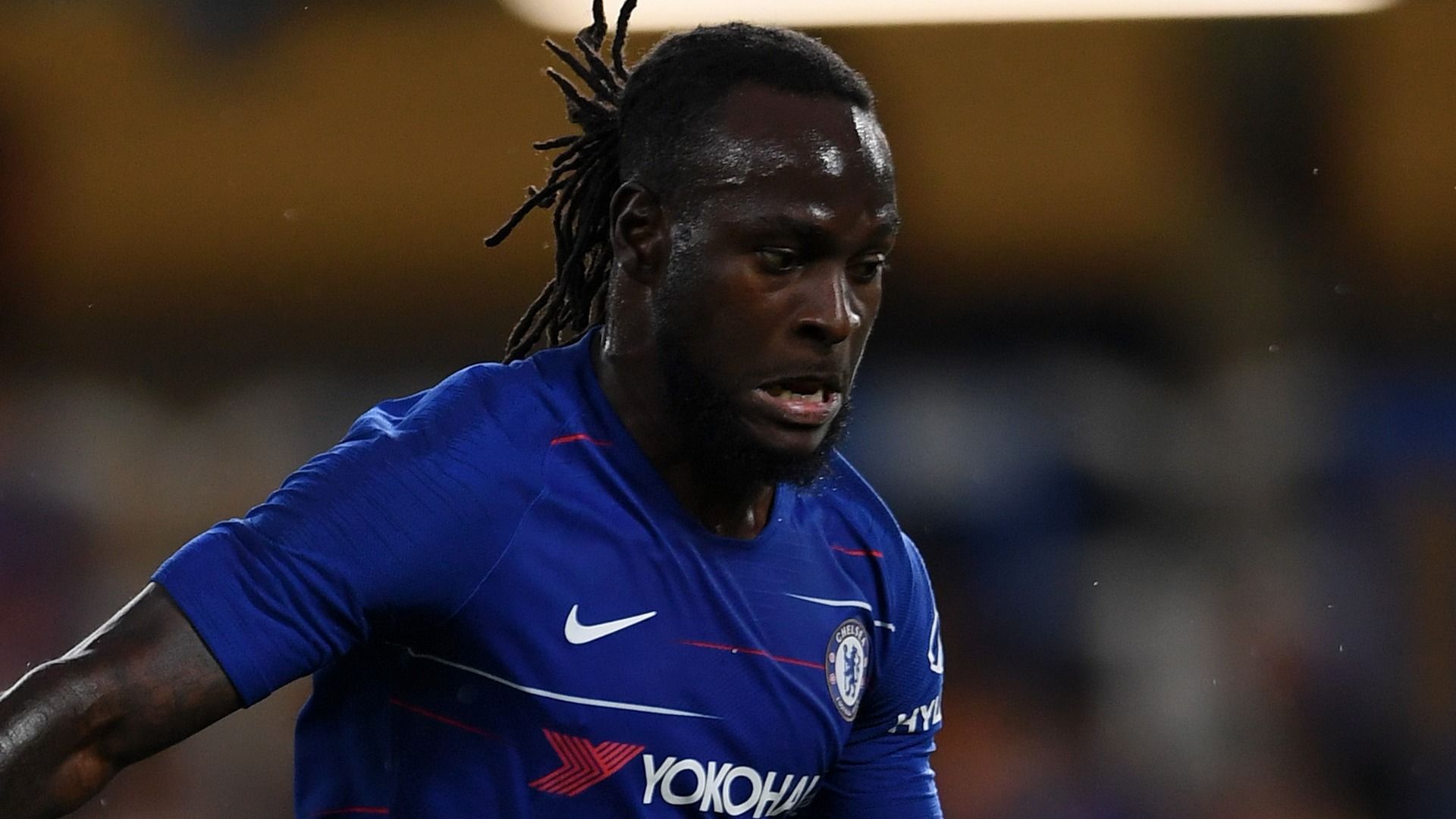 Chelsea's Victor Moses scored in a 1-1 draw with AFC Wimbledon in a behind-closed-doors friendly at Cobham Training Centre on Tuesday afternoon, as a host of loanees including Danny Drinkwater got a runout.

However, Chelsea's newest signing Thiago Silva was left out after his free transfer from Paris Saint-Germain, with Frank Lampard mulling over whether to include him in his plans to face Liverpool.

The Brazil international played in the Champions League final and then signed for the Blues before having a two-week holiday, meaning he is a step behind his peers and was not included in the 3-1 away win over Brighton.

Without Silva, the Blues still put a strong side out against the League One side's fringe players, with Baba Rahman, Davide Zappacosta, Jake Clarke-Salter, Lewis Baker and Lewis Bate among those who played.

Wimbledon trialist Melvyn Lorenzen opened the scoring after 18 minutes, heading home a free-kick in the first half before Moses subsequently levelled the scoring from the spot after half-time.

Former Werder Bremen and ADO Den Haag winger Lorenzen told Goal he is bidding for a move to an English club in the coming weeks.

"I played well, had a good match, was active and I scored the opening goal from a free-kick cross flicking it into the far corner. I had a good half and I am really satisfied with what I was able to show," he said.

"There were some good players in Chelsea's teams and I played against both Rahman in Germany and Salter-Clarke in Holland. It was nice to compare myself with these guys after not playing for months, it showed I can play at a high level."

The match is the second outing the Blues have arranged for their wantaway stars, having played another friendly match against Crystal Palace Under-23s.

The players involved have been in talks with clubs over loan moves, such as Zappacosta who has seen interest fade from Atalanta after they signed Cristiano Piccini from Valencia.

Rahman is in talks with a number of clubs in France and Germany over potential loan moves, while Clarke-Salter will likely end up in the Championship. West Brom had shown an interest in the centre-back but they are closing in on a move for Conor Gallagher who will get his first Premier League opportunities.

At just 17, Bate is considering a loan with Wimbledon themselves having shown an interest, but a decision will likely be made in October for the younger stars seeking moves away from west London.