Premier League
Stephen Darwin
19:15 25/11/2016 Comments()
Getty Images
The Chelsea midfielder has a hugely impressive record against Mauricio Pochettino's side and it could be the ideal time to bring the Spaniard back into the first-team picture

Cesc Fabregas has been playing the waiting game at Chelsea, pretty much since the first day Antonio Conte walked through the door.

The Spaniard, so key to the club's title success in 2014-15 and having been an ever-present for both Barcelona and Arsenal in years gone by, has become a forgotten man at Stamford Bridge.

So much so, Fabregas has been limited to just one start in the league this season, the 3-0 defeat the hands of the Gunners back in September.

The 29-year-old hasn't seen any action in England's top flight since then, and is clearly behind the likes of N'Golo Kante, Nemanja Matic, Oscar and Pedro in the pecking order.

But if there's an ideal time to bring Fabregas back into the starting XI, it's surely Saturday's meeting with Tottenham. 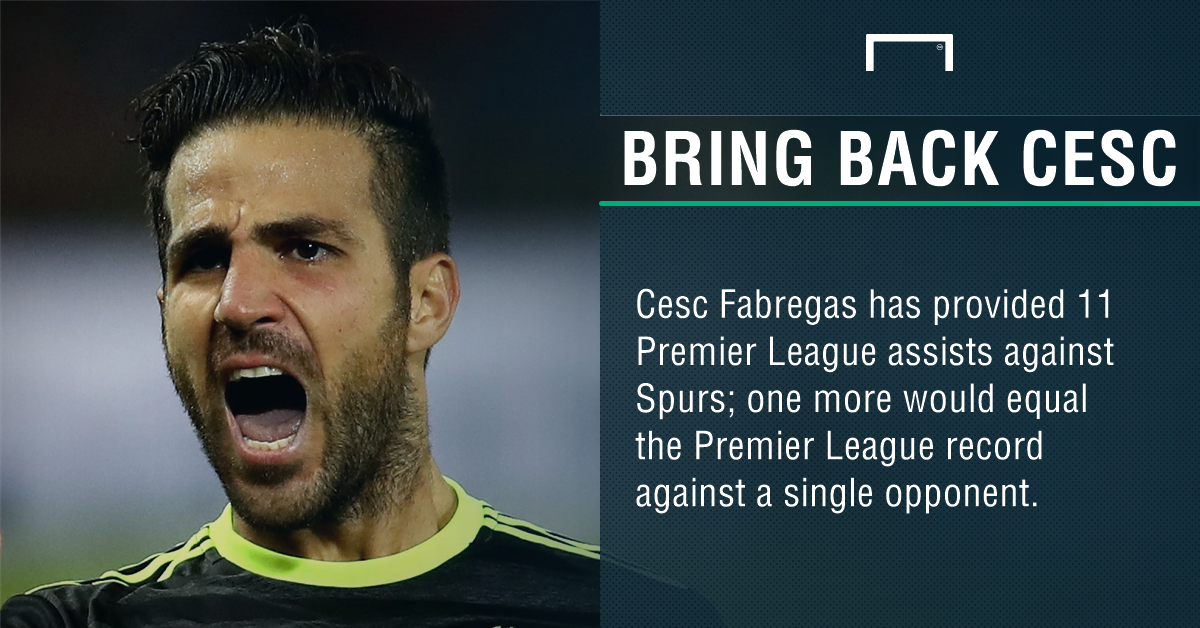 As the stat in the above graphic demonstrates, Fabregas seems to relish the occasion when he lines up against Spurs and has an unbelievable record of 11 assists against the north Londoners.

Indeed, only Ryan Giggs has a better record against a single opponent in Premier League history, with his 12 assists against Manchester City and Newcastle United seeing him at the top of the pile.