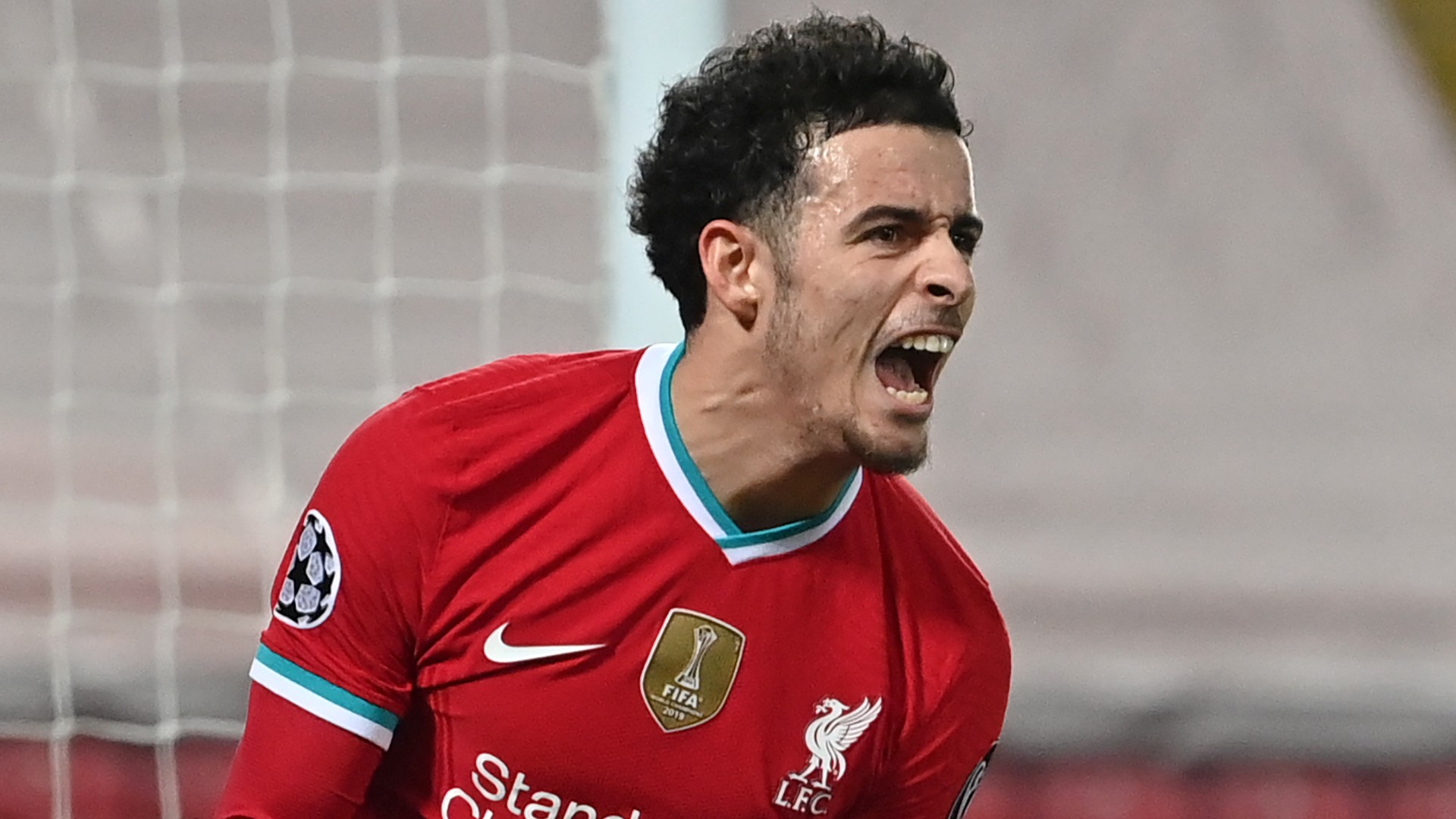 The 20-year-old has been one of Liverpool's success stories this season, a player for the present as well as the future

Rarely have England been so well off when it comes to young, emerging talent.

Even further afield, in the Bundesliga, the likes of Jadon Sancho, Jude Bellingham, Jamal Musiala and Ryan Sessegnon continue to develop and impress.

And then there’s Curtis Jones. Whisper it for now, but the Liverpool midfielder might just be as good as any of them.

He’s certainly shown he belongs in Jurgen Klopp’s side. He only turned 20 at the end of January and the young Scouser already has the Reds’ trust.

Like Alexander-Arnold before him, he’s the present as well as the future.

It has been a big 18 months for Jones, who made his 40th senior appearance for Liverpool in the Champions League win over Leipzig on Tuesday.

Typically, he marked it in style, collecting an assist for Sadio Mane as Klopp’s side picked up a handy first-leg lead over in Budapest.

That’s 27 games in all competitions this season, and 18 starts. Jones was substituted in each of Liverpool’s previous two games, against Manchester City and Leicester, and then watched as his side collapsed without him. Against Leipzig, though, he completed the full 90 minutes as they saw out the victory. He will almost certainly start against Everton at Anfield on Saturday.

He’s already had a derby moment, of course. His winning goal in last season’s FA Cup third round was the moment he announced himself on the big stage. It was the first strike of his senior career and one which he’ll do well to top, in terms of aesthetic brilliance.

“I think that was big for him,” says former Liverpool striker Neil Mellor. “He’s always been a confident lad and he’ll have believed he was good enough, but there it was for the whole world to see. He knew he could do it after that.”

Mellor has watched Jones’ development closely, covering a lot of his games with the Reds’ Under-18 and U23 sides for LFCTV.

He was always earmarked as a player of huge potential, a gifted natural talent with skill and footballing arrogance, but it was when Steven Gerrard took over as U18s coach in 2017 that he started the build the kind of all-round game we see now.

“For me, working under Stevie helped him massively,” says Mellor. “He needed that guidance. I remember them getting battered in the Youth Cup by Tottenham, and Curtis put a couple of things on social media which Stevie pulled him up on.

“He learned from that, understanding what it means for a Liverpool boy to come through. Stevie was the perfect role model at that point of his development.”

Jones often played as a left-sided attacker under Gerrard, and later as captain of the U23s under Neil Critchley. He made his senior debut there too, in an FA Cup defeat at Wolves in January 2019.

Playing in midfield for Klopp means being positionally perfect, ready to press high and to recycle possession quickly. That hasn’t always been Jones’ game, but it is now.

“I always believed he’d be a midfield player,” says Mellor. “I always imagined him playing centrally rather than high and wide, because he needs to be involved in the game.

“The only criticism I’ve had of him, and I think it’s something he’s definitely improved on, is that he would take too many touches and sometimes slow the game down.

“He’s definitely learning that, he moves the ball much more quickly. You can see it. He’s established as a first-team player now, trusted to do the job by the manager and the senior players. His development has been really interesting to watch.”

Certainly Liverpool have needed him this season, with injuries decimating their options in the centre of defence and, as a knock-on effect, ahead of that in midfield.

Adversity has brought opportunity, certainly, but Jones has surely nudged himself ahead of the likes of Alex Oxlade-Chamberlain, Xherdan Shaqiri and even Naby Keita, the £50 million ($70m) man, in the pecking order.

“There really is no weakness to his game,” said Gary O’Neil, assistant manager of the Reds’ U23 team, to BBC Radio 5Live.

“He has this unusual belief in himself, which you don’t see very often. You only see it in ones that are destined to go to the very, very top.”

Jones’ belief was certainly evident when, at the start of the 2019-20 campaign, he rejected the chance to go out on loan, when a host of Championship clubs were circling.

“I think Middlesbrough were particularly keen,” says Mellor. “But I think a move like that could have been detrimental to Curtis. He could have gone there and been like ‘what the hell is this?!’

“Instead he stayed and trained with the best, day in and day out. He got the guidance of senior pros like [Jordan] Henderson, [James] Milner, [Adam] Lallana. He must have learned so much.”

Goal has already detailed how Milner, in particular, has been crucial to his development, challenging and cajoling his younger colleague, urging him to learn and to improve. Jones has benefited enormously from the vice-captain’s ‘tough love’ style, earning his respect through hard work.

“When we speak about ‘the kids’ we forget Curtis, constantly,” said the Reds boss back in December. “And that’s because we don’t see him as a kid anymore.”

His performances this season underline that fact. He was Gerrard’s gem, now he’s Klopp’s king. Soon England will get to enjoy him too.

The future is his, and so is the here and now.