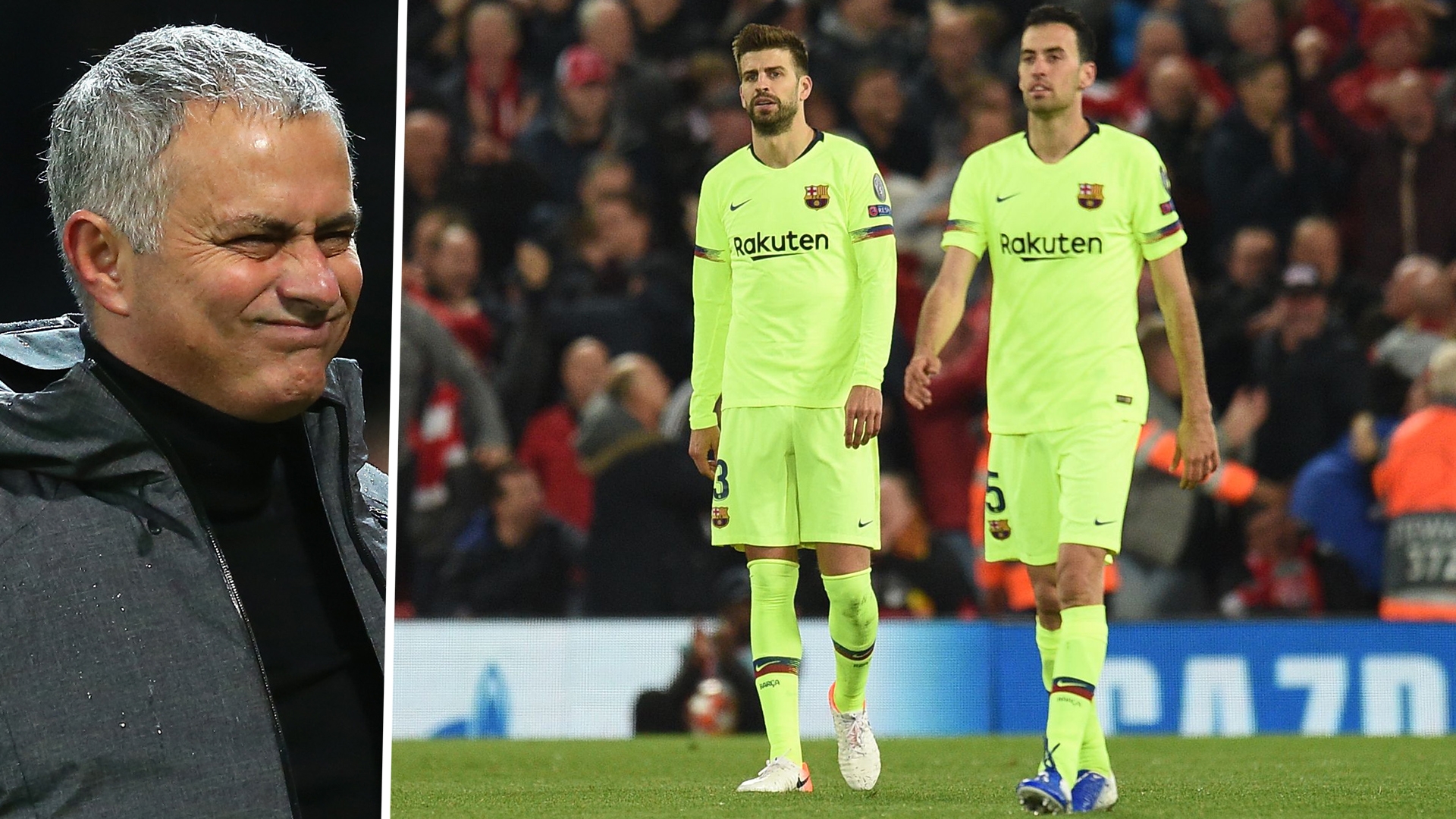 Jose Mourinho has questioned Barcelona's mentality after the Spanish side collapsed against Liverpool in spectacular fashion on Tuesday, comparing their defending to that of an under-14 team.

Barca entered the second leg of the Champions League semi-final with a three-goal lead, but were dismantled by the Reds in a  shocking 4-0 defeat at Anfield.

Liverpool advanced to the Champions League final at Barca's expense in a 4-3 aggregate win.

After the game, Mourinho, who managed Barca's rivals Real Madrid from 2010 to 2013, called out the Blaugrana and singled out Liverpool's fourth goal as an example of their poor mental state.

Trent Alexander-Arnold caught Barcelona's defence napping and his quick corner kick found Divock Origi, who scored his second of the night and the goal that ultimately knocked out Barcelona.

"If you see that goal in an under-14 or an under-15 match you would say, 'the kids are sleeping, the kids have no mentality to play football, the kids have to learn the basics of the game,' Mourinho said on beIN SPORTS.

"But we are speaking about the best players in the world and to concede that goal really shows you a state of mind.

Barcelona will rue yet another Champions League collapse, after they lost 3-0 to Roma in the quarter-final second leg last season to be eliminated after a 4-1 win in the first leg.

Mourinho believes that Barcelona manager Ernesto Valverde will have a difficult job to explain how his side once again failed to protect a three-goal lead after the first leg of a Champions League knock-out tie.

"I would like to see Valverde try to explain but I still believe it will be very difficult for him to explain."