The Jorginho bounce: How Chelsea's penalty-taker became one of the world's best 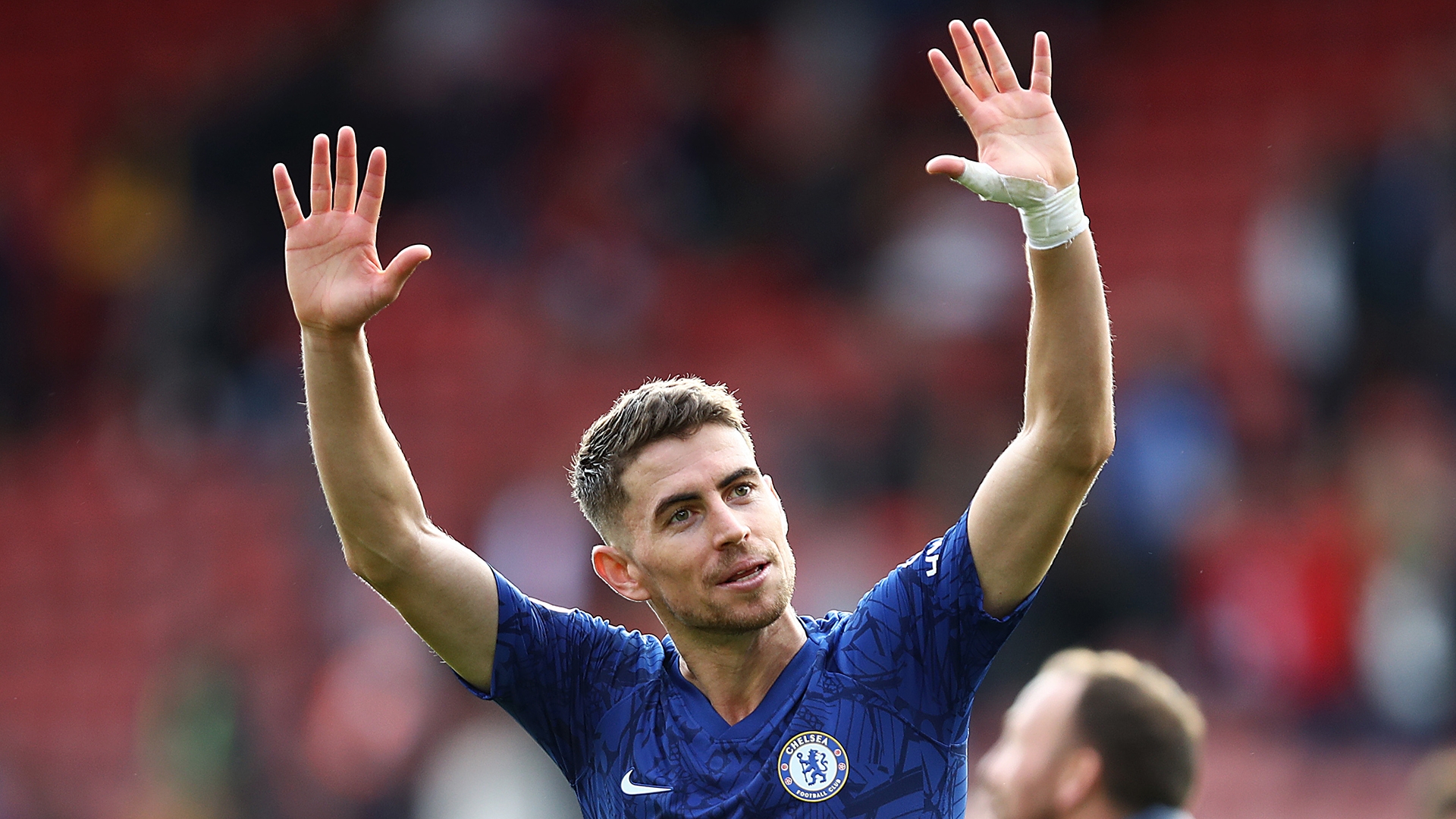 The run-up is nearly always the same.

A frown on his face, eyes fixated on the ball, Jorginho trots towards the penalty spot before an unorthodox bounce gives him a split-second advantage over the goalkeeper as both prepare to commit to the shot.

The result is nearly always the same too.

Jorginho's penalty technique has been criticised in the past but it has enabled the Chelsea midfielder to convert 15 of his last 16 attempts (not including those in shootouts).

The Italy international's small but significant 'bounce' sees both his feet leave the ground at the same time.

He brings up his left foot and then pushes off his stronger right foot before simultaneously landing with the left foot planted so that the right foot can sweep the ball home. His arms are outstretched for balance.

During the leap, he lifts his head to check for hints as to which way the goalkeeper is going to go.

This unique approach flies in the face of what young footballers are taught when learning how best to take a penalty.

Most coaches will tell players to pick a side and stick with it but Jorginho tries to be equally adept going either way, willing to wait until the last possible split-second before making his decision.

The interesting thing is that Jorginho's unconventional style means that power is not a factor. Given he almost always knows which way the goalkeeper is going, he can afford to roll the ball gently into the net.

It may be a risky technique but it is working wonderfully well for Jorginho, who is now the designated penalty-taker for both Italy and Chelsea, having recently replaced Ross Barkley in the role at Stamford Bridge following the Englishman's miss against Valencia in this season's Champions League.

It was at Verona, though, where he was first entrusted with the responsibility. Striking legend Luca Toni had been the team's spot-kick specialist but coach Andrea Mandorlini decided to turn to Jorginho.

"I saw that he was very cool and confident," Mandorlini told  Goal.

"He has great technique and always manages to see things before the others. As he reaches the penalty spot, he sees first where the goalkeeper is moving.

"His mentality is always positive. I was the first to believe in Jorginho and I am proud of it. I am glad that he is now making an impact in English football."

After four years on Verona's books, during which time he never failed to convert a spot-kick, Jorginho departed in 2014 to join Napoli.

At the San Paolo, Gonzalo Higuain, Dries Mertens, Lorenzo Insigne and Marek Hamsik all fancied themselves as penalty-takers but it was Jorginho who had the best conversion rate (80 per cent), with four goals from five attempts.

What's more, during his time at Napoli, he changed his style, introducing the bounce with which he is now synonymous while converting a spot-kick in a 4-1 win at Lazio in September 2017.

Presently, he is three from three with both Italy and Chelsea, suggesting that his technique has only made him even more effective from 12 yards out.

Former Blues goalkeeper Matej Delac used to test his penalty-saving skills against Eden Hazard in training and he sees similarities between the Belgian's strategy and that of Jorginho.

"It was very difficult against Hazard," he tells Goal . "At the last moment, he used to look at the goalkeeper. He waited for the goalkeeper before taking the last step. It was the same as Jorginho is doing now at Chelsea.

"Most goalkeepers will make a movement already ahead of his step. In that split-second, the penalty-taker will have the time he needs to choose the right side.

"This movement Jorginho makes looks funny but it stops him from missing. It is a good technique for him but it's a difficult one to master.

"It is down to the pure quality of the player because not everybody has that calmness to take a penalty like that. He just chooses the side at the last second. I find it difficult to guess which he's going to go.

"If you stay in the middle until the last moment, then he can easily put it in the corner because of the distance. You have that mental game with him.

"But there's no doubt that he is now the man at Chelsea. He is the best penalty-taker they have."

Few would dispute that, arguably not even Barkley. Even the one penalty he has missed from his last 16 attempts, against Udinese's Simone Scuffet, Jorginho still managed to convert the rebound.

What's more, of the 10 penalties he has taken during games, he has sent the goalkeeper the wrong way 70% of the time. In shootouts, meanwhile, that number rises to 75%, with only Manchester City's Ederson guessing right in the Carabao Cup final last season.

For such a precise and deadly finisher, it is perhaps surprising that he does not score more goals in open play; his long-range strike against Fulham last season was his first for six years and three months.

Then again, there is nothing conventional about Jorginho – as that unorthodox penalty-run of his so perfectly underlines.