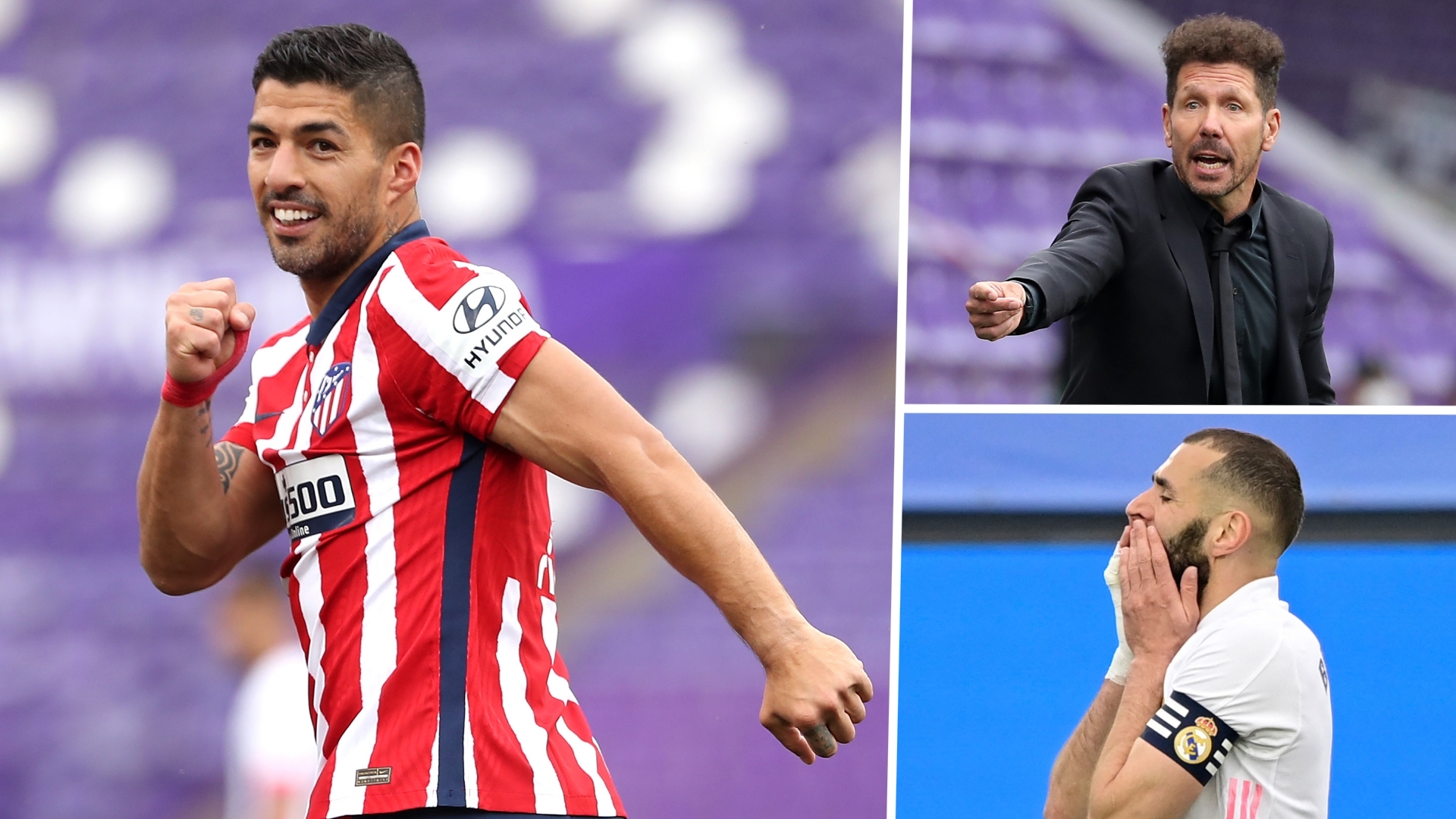 The Uruguayan was ditched by the Blaugrana last summer but he had the last laugh, helping his new employers won a first championship since 2014

Luis Suarez may not be 21 anymore but his 21st goal of the Liga season won the title for Atletico Madrid on an incredibly dramatic final day.

Last summer, the Uruguayan was let go by Barcelona, who wanted to refresh their squad. The Blaugrana told him he was no longer wanted, that he was too old, not good enough anymore. It was exactly the fuel he needed to revive his career.

Suarez thrives on doubters, haters and naysayers. And, at 34 years old, he fired Atletico to their first league triumph since 2014, proving a point to his former employers.

The striker met with his close friend, former team-mate and neighbour Lionel Messi in midweek, dining in the Spanish capital, and it’s easy to imagine the Argentine told Suarez to seal the title for Atletico, stopping champions Real Madrid from defending their trophy in the process.

Sent clean through on goal, Suarez’s strike against Real Valladolid was Atletico’s season in a microcosm. He was slowing down, puffing, and yet still going, able to fire home and finish it at the death.

Real Madrid and Barcelona cut the struggling Atletico back from up to 12 points behind in early 2021, tension rising in the red-and-white quarter of Madrid as the hounds closed in.

Diego Simeone’s side looked mentally weak, bound to crumble under the weight of their history, the idea that they are the cursed ones, El Pupas.

Eventually, the contenders fell: first Sevilla, then Barcelona, leaving only the capital clubs. Atletico nearly threw it away on the penultimate weekend, with Suarez’s heart-stopping 88th-minute winner the only thing taking them into this weekend as league leaders.

They had led for over half the season, after a spectacular start to the campaign, before wavering and allowing self-doubt to creep in.

But they kept going and just about took it over the line, finishing with a 2-1 win at Valladolid to clinch victory, while second place Real Madrid also won by the same score at home against Villarreal. Atletico 86 points, Madrid 84.

At times this season, it’s seemed like the league nobody wanted – or deserved – to win, and both title contenders conceding within two minutes of each other on Saturday seemed to confirm that suspicion.

Real Valladolid took the lead through Oscar Plano, who put the finishing touch on a slick breakaway, leaving Atletico coach Simeone just wagging his finger at his team.

Plano, a former Real Madrid youth player, did his old side a favour, but they were too busy shooting themselves in the foot to notice.

Villarreal forward Yeremi Pino found space in the area to reach Gerard Moreno’s lofted pass and nudge it past Thibaut Courtois, becoming the youngest player to score at Madrid this century, at 18 years and 214 days old.

The season compressed – and sadly without fans – has somehow still captivated, with the title race more thrilling than in previous years.

Perhaps that was due to more mistakes caused by exhaustion, with concentration sometimes lacking without thousands of screaming supporters, which can help focus the mind.

Elder statesmen Luis Suarez and Luka Modric came close for Atletico and Real respectively, with their team-mates watching on nervously from the sidelines.

Real Madrid captain Sergio Ramos, on the bench, roared support at his team from behind his white face mask, gesticulating at them to try to gee them up. This might have been his final chance at silverware with the club; his contract expires at the end of June.

Atletico came out with more determination in the second half, undoubtedly given a rollocking by Simeone, and back in the capital Madrid improved too.

Karim Benzema thought he had put Madrid level, but while his goal was being analysed and ultimately ruled out, Angel Correa struck for Atletico.

The Argentine, who has had his best season at the club since joining in 2015, danced past a couple of defenders on the edge of the area and then toe-poked an early effort past Jordi Masip.

It was a wild minute of football, but the pendulum swung in Atletico’s favour, decisively so when Suarez tucked home in the 67th minute.

His goal sent the hundreds of fans gathered outside the stadium into raptures, and even raised wry smiles back in Barcelona.

Maybe he could have helped fire Barcelona to this title, but in Cule eyes, the second-best thing that could have happened this weekend was their former idol denying Real Madrid, whose late strikers through Benzema and Modrice proved in vain.

With the final whistle, Simeone and his players celebrated wildly, while fans let off flares outside the stadium.

It was a title triumph that they weren’t able to witness in the flesh, but it didn’t make it any less real.

Atletico Madrid are the champions again. And they have Simeone, Suarez and arguably Barcelona to thank for that fact!