The Reds are monitoring the form of the Brazilian winger, who has shone since arriving at Elland Road for just £17 million from Rennes

"Raphinha can play [in] the Champions League and have visibility at European level, but instead of staying at Rennes, which has a great sporting challenge, he prefers to go and play for a second-rate club in England without a European Cup.

"Go f*ck your mothers in your fish and chips country."

It is fair to say that some Rennes fans - like the one who wrote the above viral post on Twitter - did not take the sale of Raphinha to Leeds United well.

Leeds' £17 million ($22m) deadline-day bid for the Brazilian winger was not well received by supporters in Brittany back in October, with the offer coming somewhat out of the blue for a player who had cost Rennes a club-record €21m (£19m/$23m) just over 12 months prior.

So unexpected was the move that not even Raphinha himself was considering that he could be sold.

"I was a little surprised, because I was just finishing my debut season in France," he told ESPN Brazil of a deal that was completed so that Rennes could finance a €26m (£24m/$31m) move for teenage Anderlecht winger Jeremy Doku.

"We had started the season well in the league and I was already thinking of playing in my first Champions League.

"They told me that they would not want to sell me for less than €60m (£55m/$73m). Knowing that the club accepted the [Leeds] offer without telling me, I felt devalued." 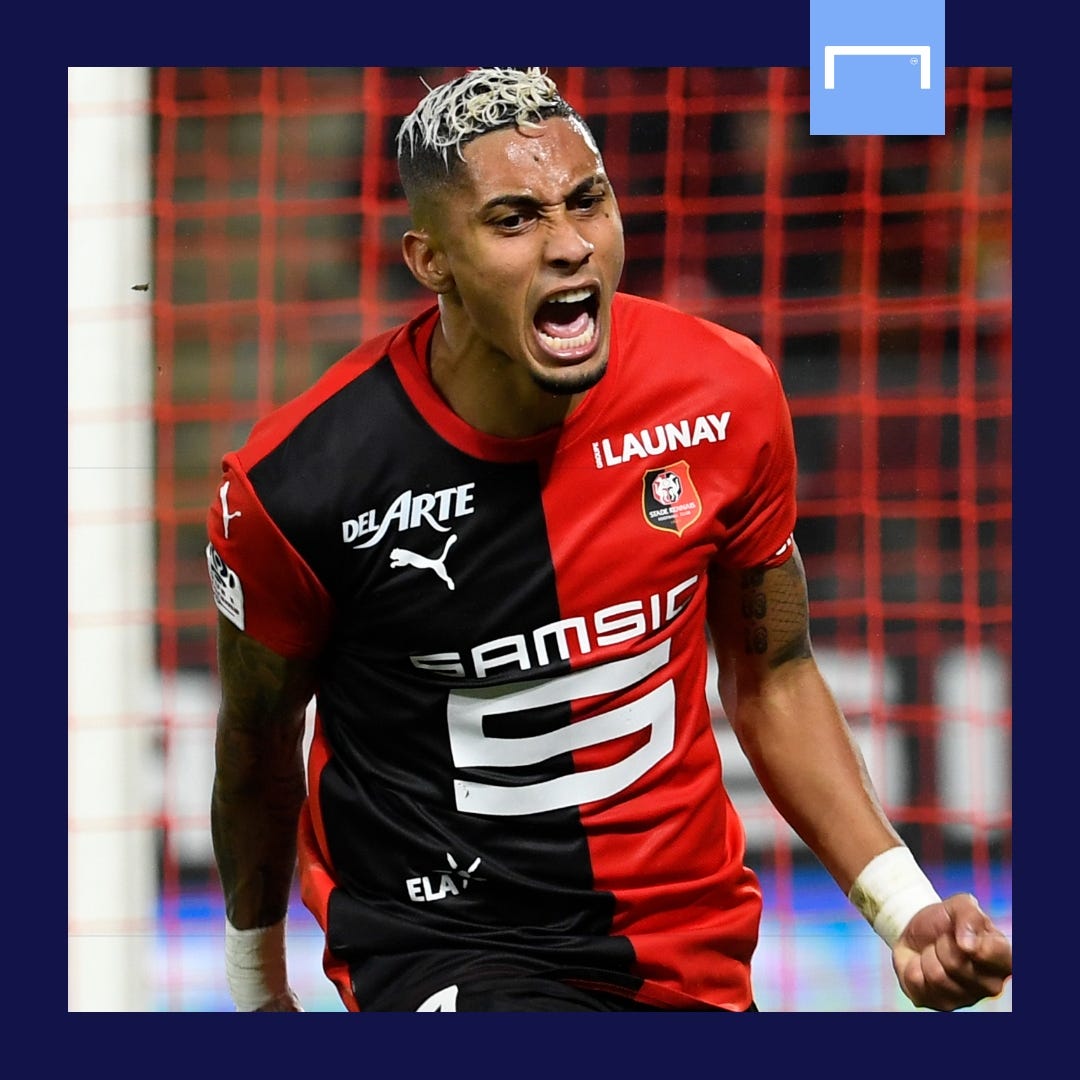 If the 24-year-old felt devalued at his former club, then his start to life at Elland Road has alleviated any fears of history repeating itself, even if fans are not inside the stadium to let him know how much his sublime recent performances are appreciated.

Raphinha has arguably been Leeds' best player since the turn of the year, with his four goals and four assists so far this season having lifted Marcelo Bielsa's side into the top half of the table ahead of Sunday's meeting with Arsenal.

A left-footer who plays predominantly down the right-hand side, the former Vitoria Guimaraes star has quickly become one of the most feared widemen in the division, with his speed and trickery regularly leaving opposition defenders for dead.

Former England international Gary Cahill was the latest to be made to look stupid as Raphinha skipped away from him in Monday's win over Crystal Palace with a turn that former Leeds striker Jermaine Beckford termed "disgusting".

Cahill could do no more than drag the Brazilian to the ground, with the whole sequence a perfect illustration of the menace Raphinha has become since his arrival in west Yorkshire.

RAPHINHA THAT IS OUTRAGEOUS 🤤

“Raphinha is brilliant. I think, to be honest, he has been a steal for Leeds," top-scorer Patrick Bamford told Sky Sports after the win over Roy Hodgson's side.

“As soon as he came in, you saw him in training. You know sometimes with players whether they are good or they are top class, and he really was. He stood out straight away.

“I am surprised that bigger, more established Premier League teams haven’t taken a punt on him because he really is someone special, and he is young.”

Ever since opening his account for his new side with the winning goal against Everton in November, it has been clear that Raphinha could be the player to help take a Leeds squad that is largely made up of career Championship players to the next level.

A former team-mate of Bruno Fernandes at Sporting C.P., there have been suggestions that the winger is performing a similar role for Marcelo Bielsa's side as the Portugal playmaker has done at Old Trafford over the past 12 months.

That might be overstating it somewhat, but there is no doubt that he is performing the job Bielsa requires of him perfectly. 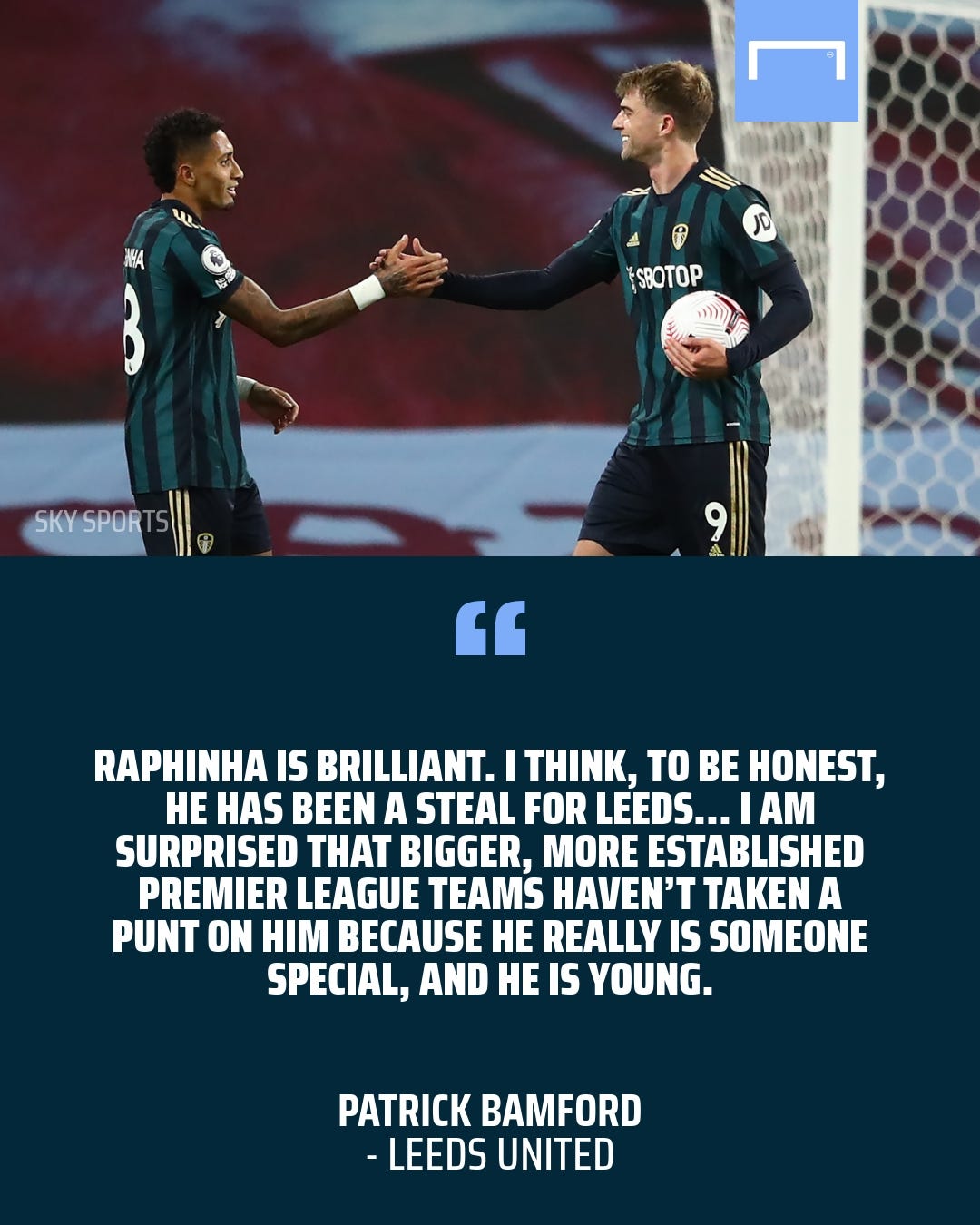 The Argentine coach likes his wingers to be confident in carrying the ball forward, explaining after the Palace game: "The dribble is always the most dangerous thing for a defence.

“It resolves all the problems that arise when a team sits back. It’s an alternative to the combination play and, yes, this is difficult to find in some players."

If finding a willing dribbler at an affordable price was the brief Bielsa gave to director of football Victor Orta in pre-season, then you can see why Raphinha was singled out as a potential option.

He was one of only 10 players to attempt at least 120 dribbles in Ligue 1 last season, putting him in a group that also contained Neymar, Kylian Mbappe, Houssem Aouar and Angel Di Maria, the latter of whom Raphinha's game has been compared to due to their slight frames and similar playing styles.

Given that record, it was perhaps no surprise Raphinha felt he was worth far more than what Leeds paid for him, though his form since arriving in England could yet ensure he is on the move once more this summer.

Goal has learned that Liverpool are monitoring Raphinha's progress, though reports of concrete interest or any bids being prepared are wide of the mark. 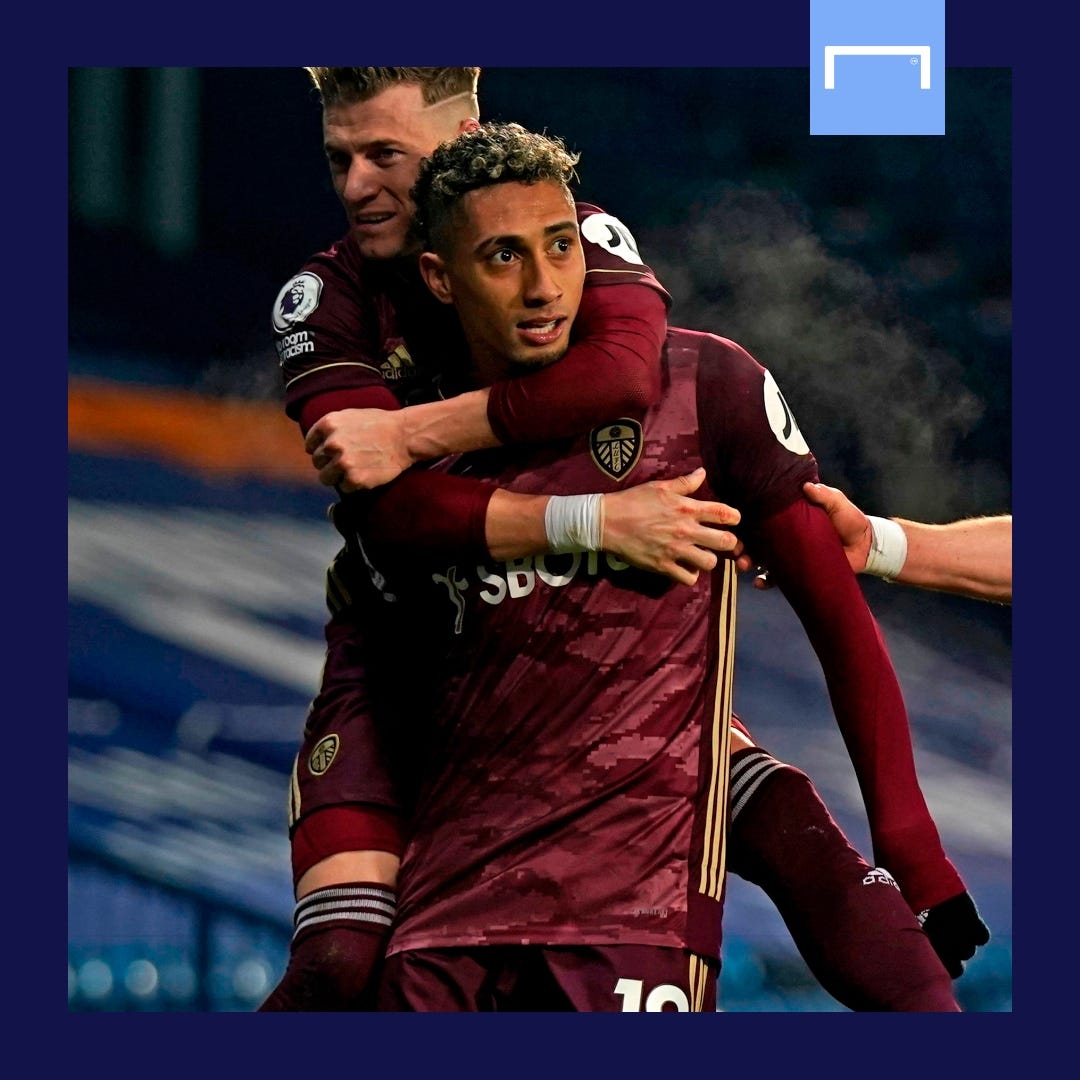 Sources close to the player have confirmed to Goal that Raphinha was keen to stay at Rennes this season before joining a Champions League club in England for 2021-22, and though he did not get the first part of his wish, the second could well be within his grasp.

"The way he plays and with the attitude he has, I'm convinced with the right path he could get to the top of football," ex-Leeds captain and Liverpool defender Dominic Matteo told the Yorkshire Evening Post.

"He's got the full package. Rennes must be kicking themselves that they let him go for just £17m."

Leeds, of course, will not be keen to sell as they continue to establish themselves back in the top-flight after 16 years away, but Raphinha is clearly ambitious and playing at a level where he could slot seamlessly into a team such as Liverpool given their usual free-flowing attacking style and willingness to press from the front.

It seems as if playing in "the fish and chip country" suits the former Rennes man. French football's loss has been the Premier League's gain – and Raphinha is only just getting started.