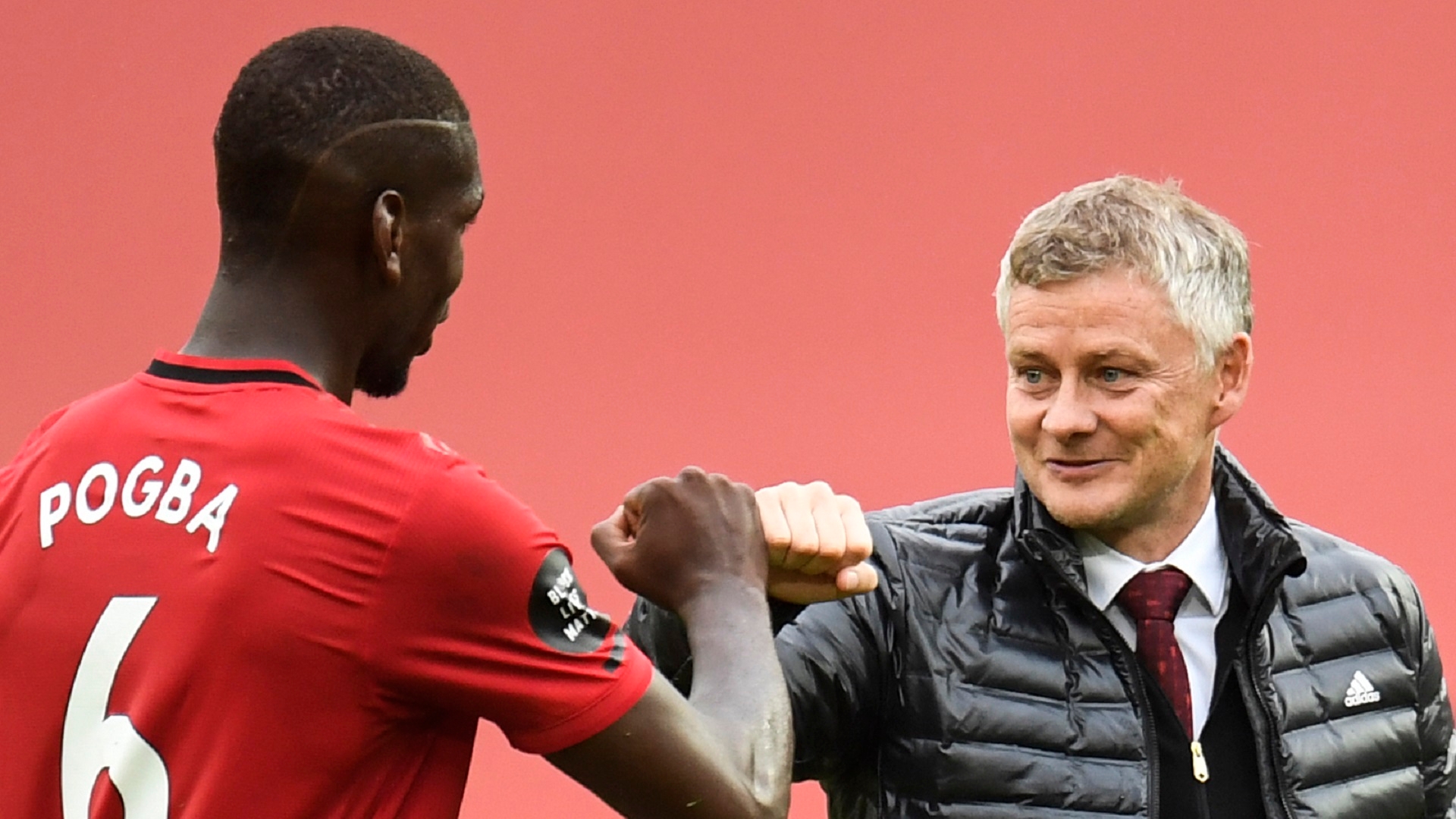 Ole Gunnar Solskjaer is hoping Manchester United can agree a new contract with Paul Pogba amid continued speculation over his long-term future.

The France international’s current deal expires next season with the club holding an option to extend it for a further year, and while the midfielder continues to be tipped with a move away from Old Trafford - with his agent Mino Raiola keen to engineer a move - Solskjaer is hopeful he will extend his stay.

“I can’t comment on discussions between players and the clubs but of course we want to keep the best players around the club,” Solskjaer replied when asked if Pogba would be getting a new contract.

“We want to build a squad for the future. Scott [McTominay] and Nemanja [Matic] are similar in position but they are at different stages in their careers. One is at the start, one really experienced, and then we also need players in that mid-range group.

"Hopefully we can do something. I know that since Paul came back he is looking better and better, he is enjoying his football and let’s see where it takes us.”

Solskjaer has repeatedly spoken about how this summer’s transfer window will not be business as usual, so should United decide to cash in on Pogba instead of offering him a new deal, there is an understanding they would not be able to demand the same level of fee they could in a pre-Covid window.

Leroy Sane’s €49 million (£44.7m/$55m) move to Bayern Munich has also set the tone for this summer’s window, and Solskjaer believes that transfer shows there has to be realism when the market opens.

“I think the whole world has changed both financially and the perception we have on values,” Solskjaer said. “Every time I put a case in front of Ed (Woodward) I think it’s a sensible and realistic one.

"I think I have proven that I have always got the club in the front of my mind, I want the best for the club. I don’t think short term and I don’t think personally this would fit me for a short period of time. I always think long term and try to be making good deals and I am always quite careful with money, personal money as well.”