Setbacks, surgery and Milner's hug - The inside story of Oxlade-Chamberlain's injury 'nightmare' 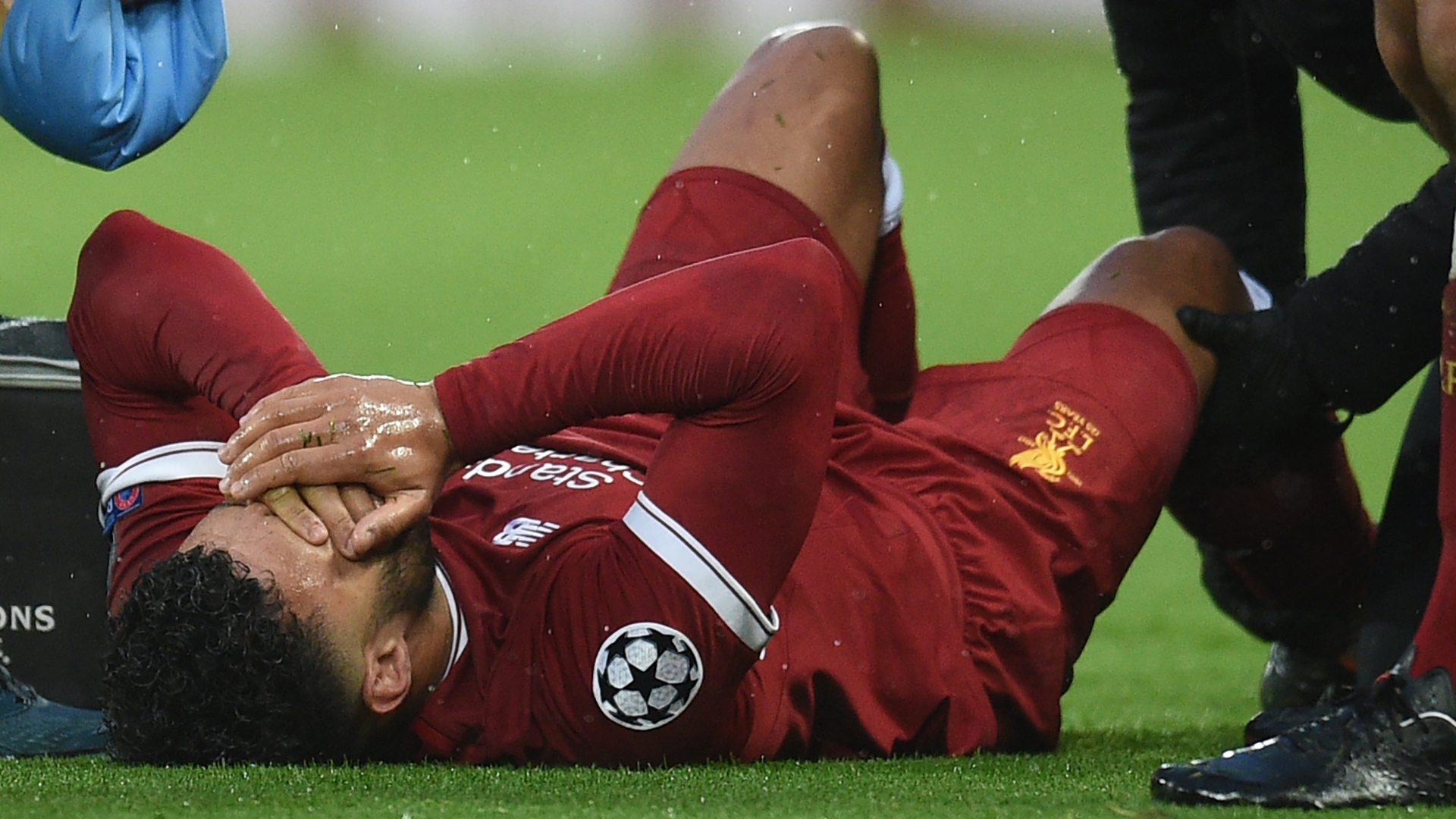 It's been a long road back for the Liverpool midfielder, whose injury was "about as bad as it gets", but he is trying to re-launch his Anfield career

Alex Oxlade-Chamberlain was all smiles as he left St Mary’s, and no wonder.

Never mind the three points Liverpool had secured away at Southampton last weekend – vital, even at this stage of the season – for the England international this was about so much more.

After 16 months, after the long days and the dark nights, after the operations and the setbacks and the doubts and the worries, he was finally back playing football.

“That’s what you miss,” said Oxlade-Chamberlain, reflecting on his first Premier League start since April 2018. “Outstandingly good,” was Jurgen Klopp’s assessment of his performance against his former club.

It’s been a long old road to this point. Lesser players, lesser characters, may have crumbled, so severe was the injury, so challenging was the recovery.

He’d tried to play on that night, but knew something wasn’t right. At first, he feared his season was over. He lay in the dressing room listening to the Reds scoring goal after goal, wondering how long he’d miss. A month, maybe? Six weeks, perhaps?

That night he could barely stand on the leg, such was the pain. A few days later and Andy Massey, the Liverpool doctor, brought the full, devastating diagnosis.

He’d not only torn his anterior cruciate ligament, but also ruptured his lateral collateral ligament too. His medial ligament was damaged, while his lateral hamstring tendon had been torn clean off the bone. It was, Massey told him, about as bad as it gets.

The news was kept from the media so as not to create a distraction, but Oxlade-Chamberlain remembers the reaction of his team-mates vividly. James Milner, the least sentimental member of the Liverpool squad, was lost for words.

“He put his arm around me,” said Oxlade-Chamberlain. “That made me emotional.”

A week later, he went under the knife at London’s Cromwell hospital. Surgeon Andy Williams performed a full ACL reconstruction, as well as taking an 11cm graft from his medial tendon in order to repair his hamstring.

The road to recovery started there and then.

Oxlade-Chamberlain, on crutches, was in Kiev as Liverpool were beaten by Real Madrid in the Champions League final. Two days later, and as his team-mates headed off on holiday or to the World Cup, he was back at Melwood. Long days, painful days.

The life of an injured footballer is an unusual one, littered with repetition and self-doubt. Oxlade-Chamberlain was on crutches for six weeks but worked every day. He would swim, he would perform arduous strengthening exercises and do long, sweaty sessions on the ‘arm bike’ at Melwood.

At home in Cheshire, he would wear a backpack to avoid unnecessary trips back and forth – “like going camping in your own house" – and spent many an uncomfortable evening in bed, desperate to use the toilet but keen not to wake his girlfriend, Perrie Edwards of the pop group Little Mix.

Sometimes he would return to London, where he and Perrie have a home and where he would work with one of his former physios from Arsenal.

Liverpool afford flexibility with long-term injury victims, aware that monotony at Melwood is not always good for a player’s state of mind. Rhian Brewster, who became Oxlade-Chamberlain’s ‘recovery buddy’ as they battled back towards fitness, was afforded the same treatment, while others have been sent to Florida or Dubai for a change of scenery.

Oxlade-Chamberlain’s mother, Wendy, is a physiotherapist, and her son, unsurprisingly, proved a curious patient. He would spend time at home researching, and would pick the brains of others who had suffered similar injuries. Carl Jenkinson, his former Arsenal team-mate, was one.

Physios at Liverpool were driven to distraction by Oxlade-Chamberlain’s questions.

One, in particular, became a key figure in his recovery. Richie Partridge spent eight years on Liverpool’s books as a player, making three first-team appearances, but is now an integral part of the club’s rehabilitation team.

It was Partridge who, according to club sources, became Oxlade-Chamberlain’s “wing man” during his recovery. He would check on him daily, even accompanying him on holidays to Greece, Dubai and America, so that his treatment and rehab could be monitored.

"He's been having a great time," joked Oxlade-Chamberlain in one Instagram video. The pair have become inseperable.

There was another operation, last August, in which the knee, and the muscles around it, were manipulated in order to improve flexibility. He still has the video of that procedure on his phone. It is, by all accounts, a rather gruesome watch.

It worked, though. By December, Oxlade-Chamberlain was back running outside at Melwood – posting a celebratory picture to mark the occasion. By February, he was ready to join in with his team-mates again. His first session came in Marbella; a week later, back on Merseyside, he remembers being ‘welcomed’ back by captain Jordan Henderson with a clattering in a small-sided game.

Then came a step forward and a setback, all rolled into one. He was picked to play for Liverpool’s under-23 team in a Premier League 2 fixture at Derby’s Moor Farm training centre. Klopp told the media he’d looked a million dollars in training, and hinted he could be ready to play a part in the team’s crucial run-in.

Interest, naturally, was high, but the day before the game Oxlade-Chamberlain felt a tightness in his right hamstring, the one rebuilt by Andy Williams. A scan said it was nothing serious, but he went to Derby with a sense of unease. The day became, in his own words, “a nightmare”.

Just a couple of minutes into the game – which had naturally attracted a sizeable crowd, including this correspondent – he felt the hamstring again. He should have gone off immediately but, eager to avoid adverse headlines, he persevered for 41 minutes before admitting defeat.

Heading to the dressing room, he offered a thumbs-up to the reporters who had travelled from Merseyside, but knew something wasn’t right.

#TBT to some rehab milestones ⏳

A grade one tear was diagnosed that day, meaning another week of recovery. Back to the gym and the pool. “Like leaving jail and having to go back,” is how he described it.

Klopp admitted he’d not helped matters by speaking so glowingly in public. “One of the biggest mistakes I made,” he said, vowing to “keep him in the shadows” thereafter.

By late-April, 367 days on from Roma, he was ready to make his senior return. He played for 17 minutes against Huddersfield, then managed another couple against Wolves on the final day of the league season. In Madrid, he was an unused substitute as the Reds beat Tottenham to win the Champions League. A redemption, of sorts.

The summer brought fresh optimism. For a holiday in Los Angeles he enlisted the help of Alex Parsons, a renowned personal trainer, to ensure he was ready to hit the ground running for pre-season.

Sources have told Goal that Oxlade-Chamberlain’s attitude has been even more important. There has been no impatience after so long out, no obsession over when he will play or where.

He admitted that pre-season, his first proper one under Klopp, had been “a shock to the system”, while the presence of a niggling calf problem proved a nuisance during Liverpool’s US tour, where he took part in every game and every training session.

“I want to show people that I can be part of this team,” he has said. “But I have to keep reminding myself it is a long journey back to where I want to be.”

That journey has stepped up in the last 10 days. He may have struggled on the left wing during Liverpool’s UEFA Super Cup win over Chelsea, replaced at half-time by Roberto Firmino, but those 45 minutes represented his longest competitive outing since the injury. Three days later, on the south coast, he got through 89 – a huge step forward.

Whether he will start again this weekend remains to be seen, though how he would love to, given the visitors to Anfield are Arsenal, the other of his former clubs.

But even if he doesn’t, there will be no sense of panic. After hitting rock bottom, Oxlade-Chamberlain is only heading one way now.

And that can't be anything other than good news for Liverpool.