When Gennaro Gattuso was asked about his good friend and former team-mate Andrea Pirlo taking over at Juventus last summer, he replied, "Now he's screwed!"

He was joking, of course, but Gattuso's words have proven sadly prophetic: Pirlo's first season as a coach at any level has been a disaster.

The club that began the season bidding for a 10th successive Scudetto are now in very real danger of failing to qualify for next season's Champions League, which would greatly exacerbate Juve's already significant financial problems.

Sunday's 3-0 loss at home to top-four rivals AC Milan has left the Bianconeri fifth in the Serie A standings ahead of Wednesday's tricky trip to Sassuolo.

"Our target is to prove that we deserve the Champions League," Pirlo told reporters on Tuesday, "and we can only do it with results. We were disappointed after the defeat to Milan, but our target doesn’t change. We have a duty to believe in qualification."

The club no longer believe in him, though.

According to the Gazzetta dello Sport, technical director Fabio Paratici and vice-president Pavel Nedved argued over sacking Pirlo in front of the team buses in the car park at the Allianz Stadium on Sunday night.

The idea was raised of asking Pirlo's assistant, Igor Tudor, to take over for the remaining three rounds of the Serie A campaign, as well as the Coppa Italia final, against Atalanta.

However, as revealed by Goal 's Romeo Agresti on Monday, the Bianconeri decided against further destabilising the squad so close to the end of the season. 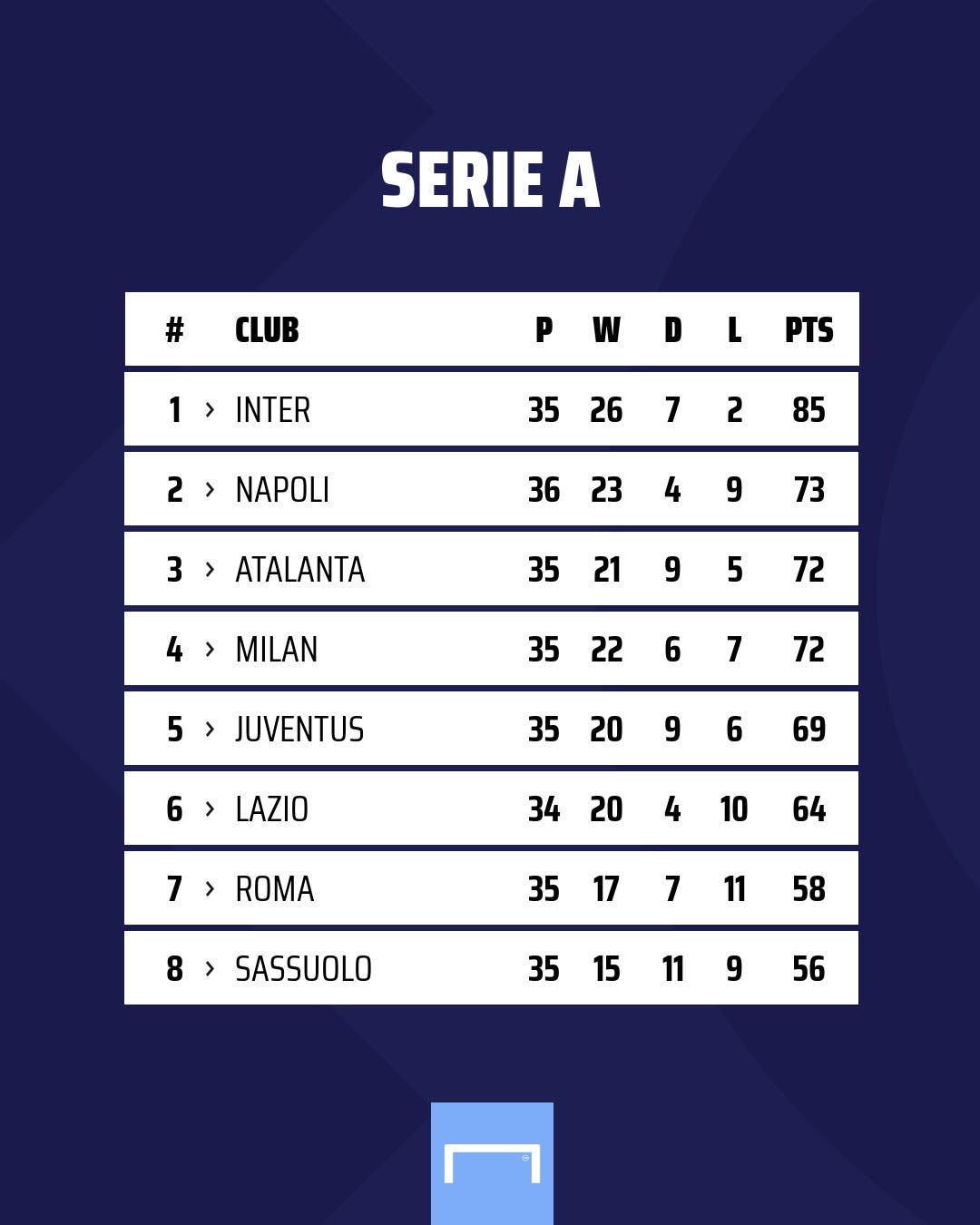 When the Pirlo project began last August, Paratici described him as the "natural" choice to succeed Maurizio Sarri at the helm.

He was anything but. His appointment had stunned Italian football for two reasons, the haste at which it had been made, and the fact that he had yet to complete his coaching course.

Less than 24 hours after Juve had been upset by Lyon in the Champions League last 16, they had sacked Sarri, who had just led them to the Scudetto, and replaced him with the man originally lined up to manage the Under-23s.

Sarri, a character utterly unsuited to the Old Lady, had endured a trying season in Turin and, with his customary self-deprecation, had even told the players after their title triumph, "You must be good if you even managed to win with me."

They weren't that good, though; or, at least, not good enough to carry a rookie coach.

Yes, Juve still have Cristiano Ronaldo, who is enjoying another prolific campaign, but as Arrigo Sacchi wrote in the Gazzetta dello Sport on Tuesday, "It's never one player that makes you win... Football is a team sport, so having a team will always be better than having only an individual...

"Now they are criticising Pirlo, but if someone as experienced as Sarri had difficulties at Juve, how could they think that a coach in his first year of school could do better?"

It's a fair question.

To many, the decision to appoint Pirlo smacked of arrogance. To others, though, it was early evidence of Juve's financial problems.

There is certainly no doubt that Pirlo was an attractive low-cost option for a pandemic-devastated club negotiating a severance package with Sarri. However, Juve are now paying the price for their parsimony. 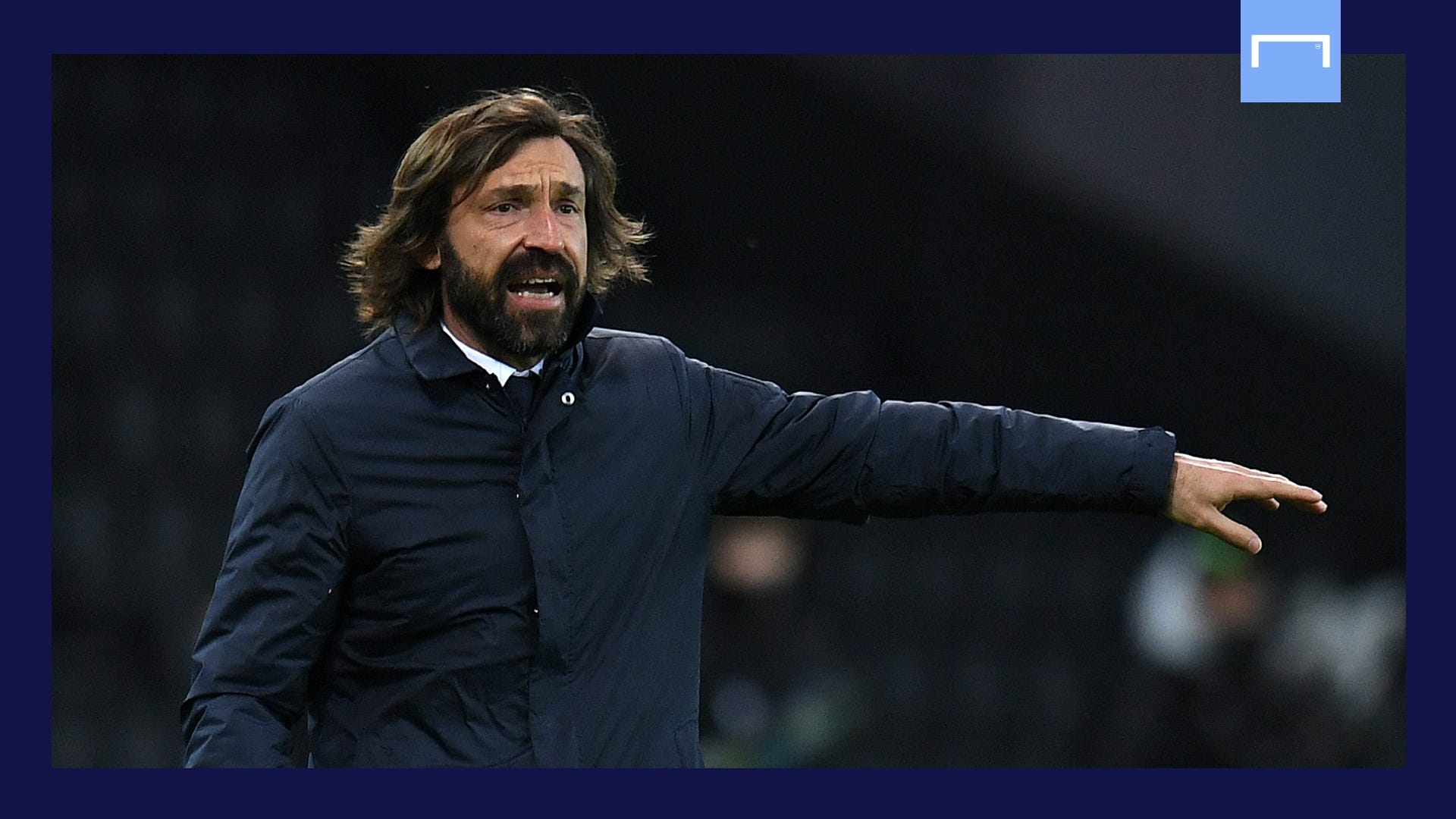 According to the latest estimates, failure to qualify for the Champions League could cost Bianconeri up to €90 million (£77m/$109m).

Sacking Pirlo may not cost Juve much, as he was on just €1.8m (£1.5m/$2.2m) per annum, but the issue now will be how to attract a top-class successor, given the cash-strapped Old Lady may only have Europa League to offer next season.

Pirlo's hope, of course, is to at least save face, to offer Champions League football and a Coppa Italia final as parting gifts. It looks a tall order, though.

Juve were utterly abysmal against Milan. Fabio Capello called it "an embarrassing collapse", while Sacchi saw a team "without any ideas".

The latter once again argued that Pirlo should not carry the can for this calamitous campaign, given he did not construct the squad. Interestingly, this was something that the man himself alluded to after the Milan debacle.

"I had a different project in my mind and thought I would have a different group at my disposal," Pirlo told Sky Sport Italia.   "I had been working on some concepts, but then I had to make changes in order to suit their characteristics and had to adapt."

The implication was clear: he had not been provided with players suited to his intended style of play. This would certainly explain why he has experimented incessantly in search of a winning formula.

Of course, Covid-19, the congested calendar and injuries have also contributed significantly to the constant tinkering. But it is noteworthy that Pirlo had everyone at his disposal against Milan and Juve turned in their worst performance of the season.

As Juve icon David Trezeguet told Juve's Twitch channel, "Many players look confused on the pitch, without any idea on how to build the attacking action or how to defend." 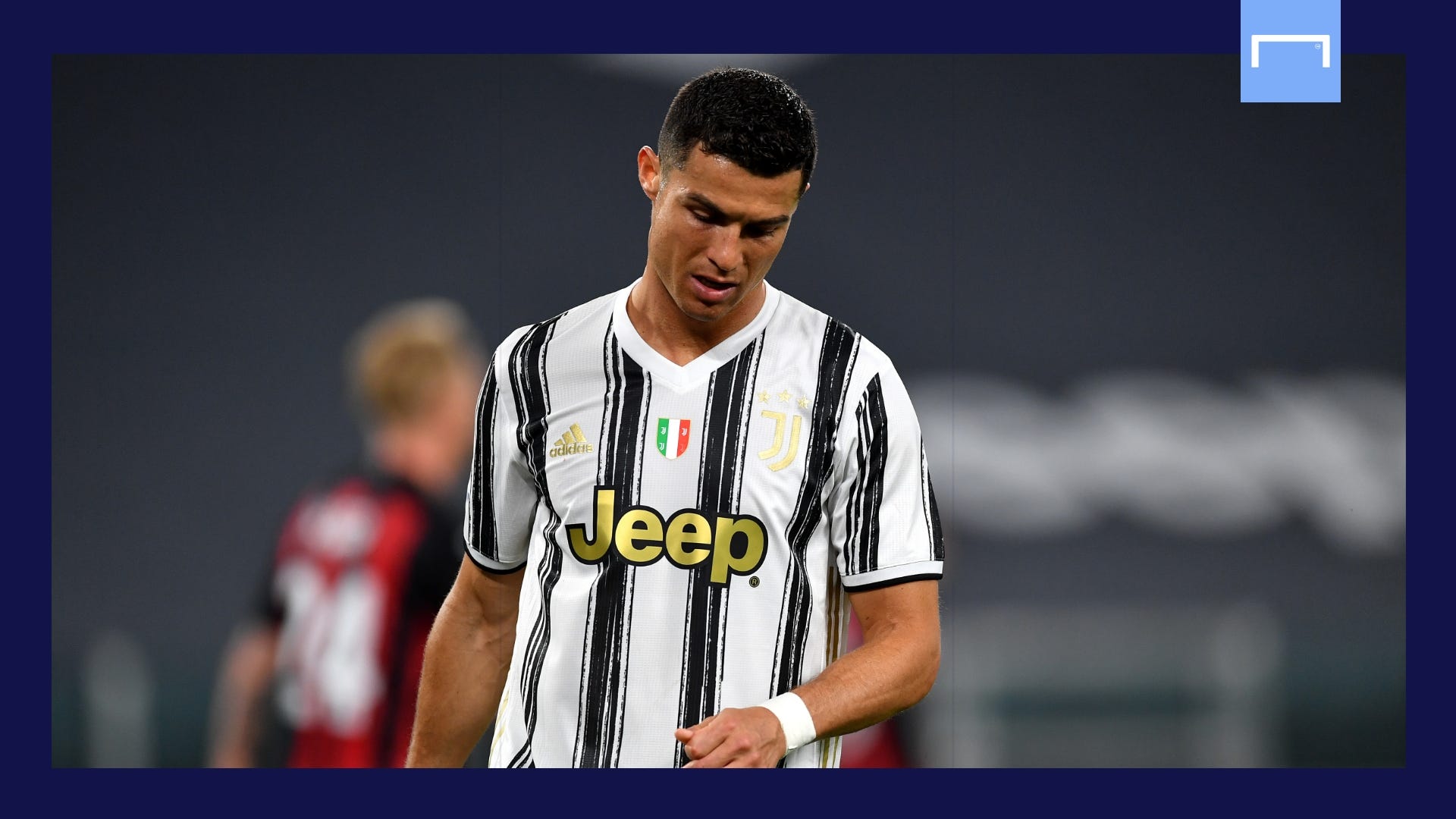 All three of Italy's sports dailies gave Ronaldo 4/10 in their match ratings, with the Gazzetta describing him as a "ghost" and questioning his status as a "leader".

His performance was undeniably poor but is worth pointing out that he didn't enjoy a single touch in the Milan penalty area, suggesting that Juve's real issues lie elsewhere.

There's no point in possessing a lethal finisher if you can't get him the ball in the box, and Juve's midfielders have repeatedly proven themselves incapable of playing with the requisite guile to prise open defences.

Meanwhile, the backline, for so long the foundation of Juve's title triumphs, is also sub-standard, as underlined by the fact that Bianconeri have now gone 11 games without keeping a clean sheet.

This, then, is by no means a vintage Juventus squad. However, while Pirlo may have been dealt a bum deal, he has played his hand very poorly.

Nobody blames him for taking on the top job at Juve. "It would have been difficult to say no," Alessandro Del Piero conceded on Sky.

Pirlo may well have felt that such an opportunity would never come again; that both he and the team were good enough to continue Juve's cycle of success.

If he'd looked a little closer, he may have seen that Juve were already in decline, that a real overhaul was long overdue.

Allegri, remember, was calling for a revolution as far back as 2019, even suggesting that Agnelli should "get rid of Ronaldo".

Maybe, then, Pirlo should have realised an impossible job for one so young and inexperienced. Gattuso had even warned him that this was a "profession where a great playing career isn't enough... You can't learn it just from books."

Perhaps Pirlo really was "screwed" right from the start.