After reaching the semi-finals in 2018, as well as the final of Euro 2020, England now have the squad to start dreaming of World Cup glory in 2022, according to Declan Rice.

The West Ham star was part of the engine room that drove the Three Lions to that European Championship final defeat against Italy, and is member of a generation of English players who have been tipped for major honours since they were teenagers.

Now 23, Rice is entering his peak years, and will head to Qatar in November as one of the Premier League’s leading midfielders, as well as a player that Gareth Southgate knows that he can rely upon to perform at a high level in pressure situations.

And it is Rice’s belief that the England squad this winter will be “scary”, even if some fans still need convincing that the team is capable of winning a first major tournament since 1966.

“With the squad we've got, and the players coming through, we have to aim to win the World Cup,” Rice told GOAL during his appearance on Box 2 Box.

“Obviously, we were so close in the summer, but as an England fan as well as a player, some of the players we've got in the squad now are scary how good they are. There's ones coming through as well that obviously want the shirt and are excellent players.

“So I feel like we're in a good place, but that will only be realised if we go and win something major for the country.”

“I feel like if we went and won in Qatar, wow, it would be the first one since 1966, so it would be massive, and I feel like no-one expects England to do it,” he added.

“So us as players, our minds are in the right place, and I feel like every time we go to a tournament now, Gareth has changed that mindset with players in terms of believing we can win it.”

Rice was one of the breakout stars of Euro 2020, as his midfield partnership with Kalvin Phillips flourished as the tournament went on. 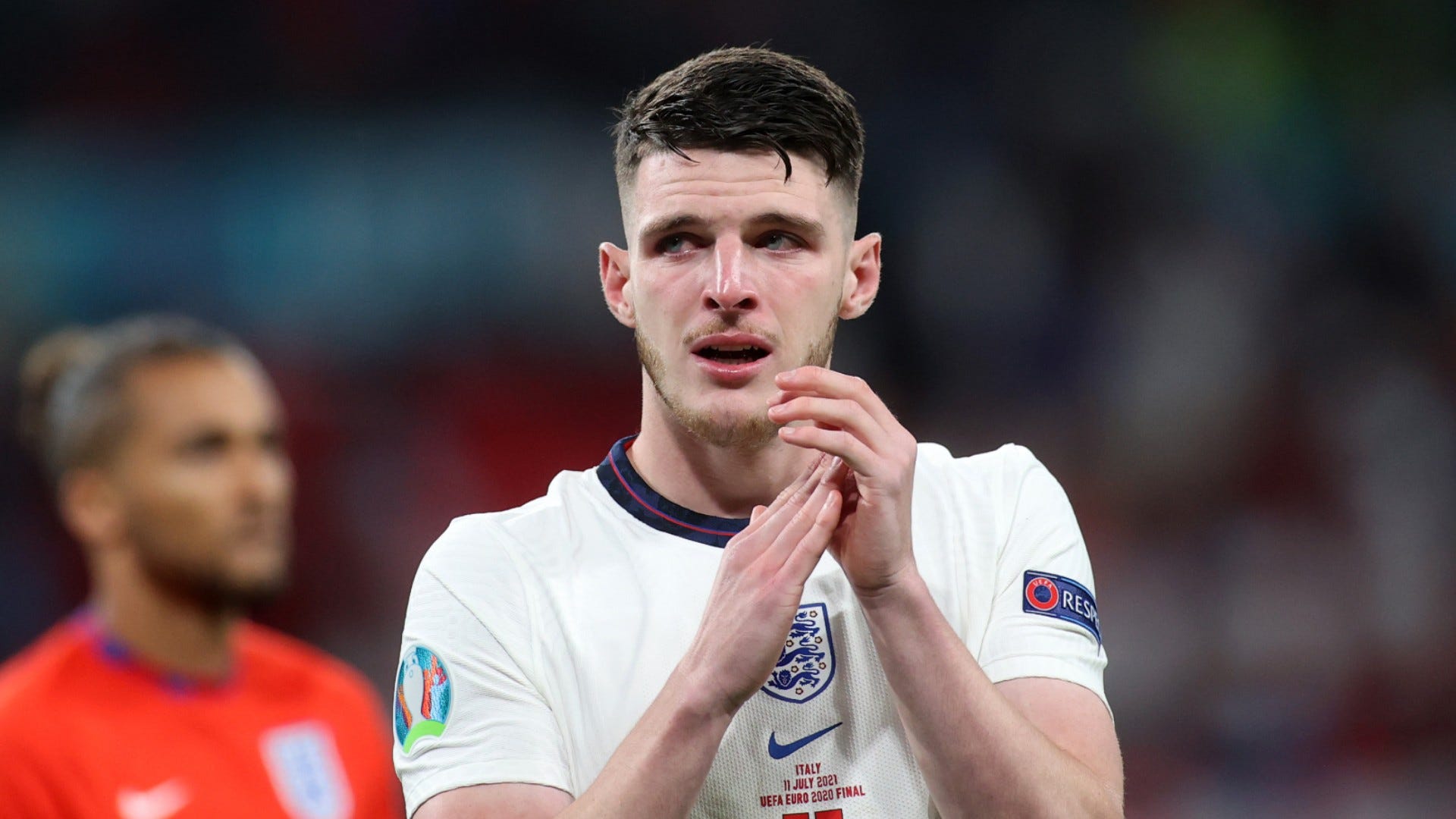 And though England fell agonisingly short of lifting the trophy on home soil at Wembley Stadium, he did come away from the competition with a unique souvenir.

“I had this feeling with the Euros,” he explained. “Obviously, you can't think too far ahead, but when we got to the final, it was always what-ifs: ‘What if we win? What's it going to be like?’. I feel to this day, I would still be milking it!

“Toni Kroos- he retired after the Euros - and I got his last ever Germany shirt. Somewhere in Germany, they want that in a museum, and I've got it at home!”

Rice was speaking to GOAL as he took part in Box 2 Box - watch him face his biggest fear and more now!