The 18-year-old Englishman is making quite a name for himself in Germany after his move to the Bundesliga in 2017, encouraging Dortmund to tie him to a deal that lasts until 2022.

With no senior experience of which to speak, the youngster was immediately handed the No.7 jersey at Dortmund vacated by Dembele.

The France international had just completed a €105 million (£93m/$121m) move to Camp Nou and somebody was required to fill his boots.

Sancho has been eased into that role, with his potential being carefully nurtured in order to bring the best out of him.

His game has been taken to a new level this season, as he delivered one goal and five assists in six substitute outings - adding up to a little over 120 minutes of action.

Dortmund are delighted with the progress Sancho is making, with Zorc telling Funke Media: “Jadon could still play in the under-19s.

“He's brutally good, he can do things I have rarely seen.

“Even though he is a different player type - the extent to which his actions are not to defend - he reminds me of Ousmane Dembele.” 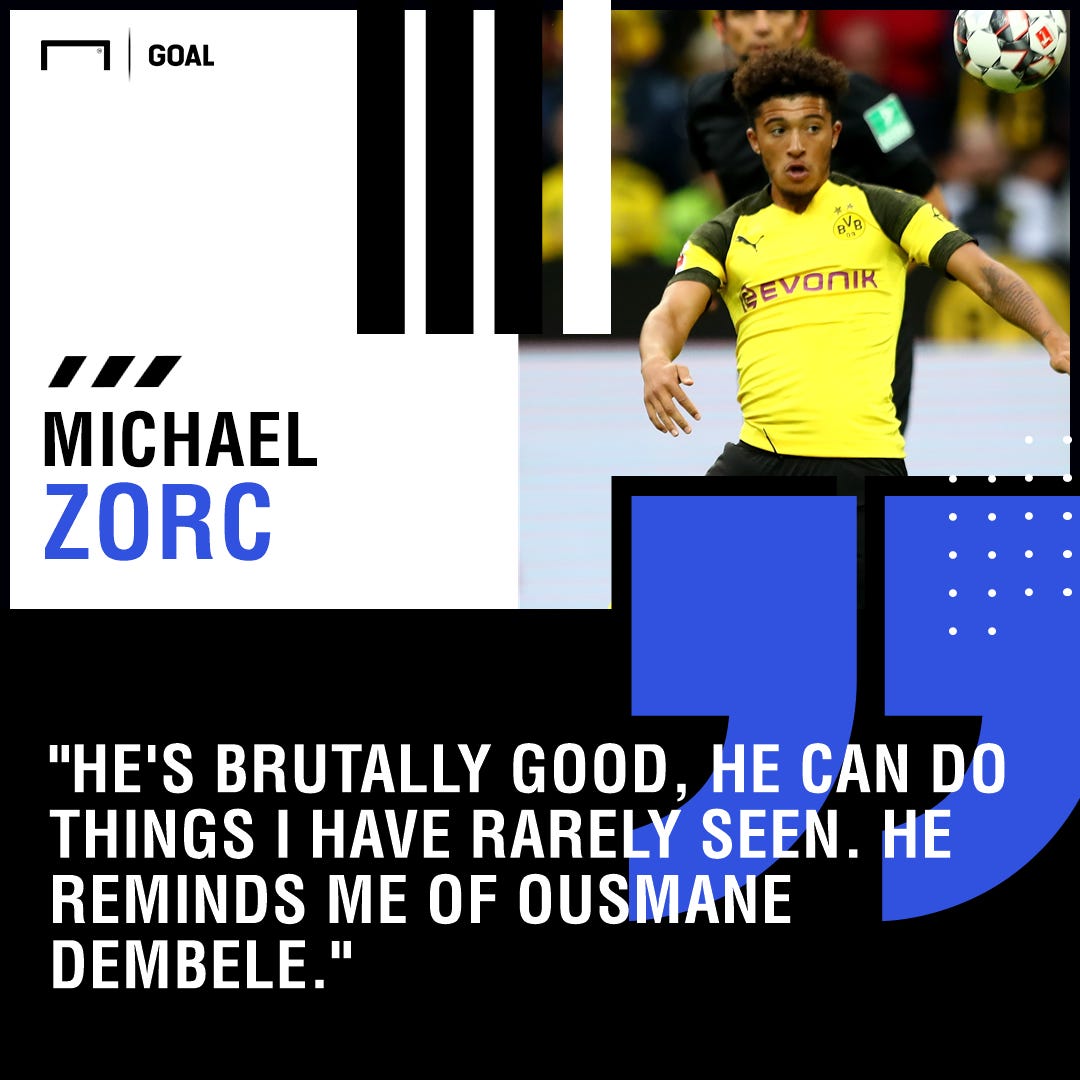 Sancho was delighted to sign his new contract and has been justified in his decision to move to Germany.

"I'm very glad that I decided to change to Dortmund just over a year ago, because everything turned out to be true: this city lives football like no other, and at BVB young players are given playing time," he told the club's website.

"Here I can develop excellently. I am completely happy and satisfied and proud to be part of this team."

Sancho’s eye-catching showings for Dortmund have seen him tipped to earn an England call up.

He has so far represented his country up to U19 level, tasting U17 World Cup glory in 2017, but could be about to bypass the U21 side.

If he is to make that jump, then he will be following in the footsteps of Dembele, who made his bow for France while still in his teens and is now a World Cup winner.

Sancho has some way to go before he can claim to match that standing, but his decision to leave Manchester City behind and go chasing the dream in Europe has been handsomely rewarded thus far.