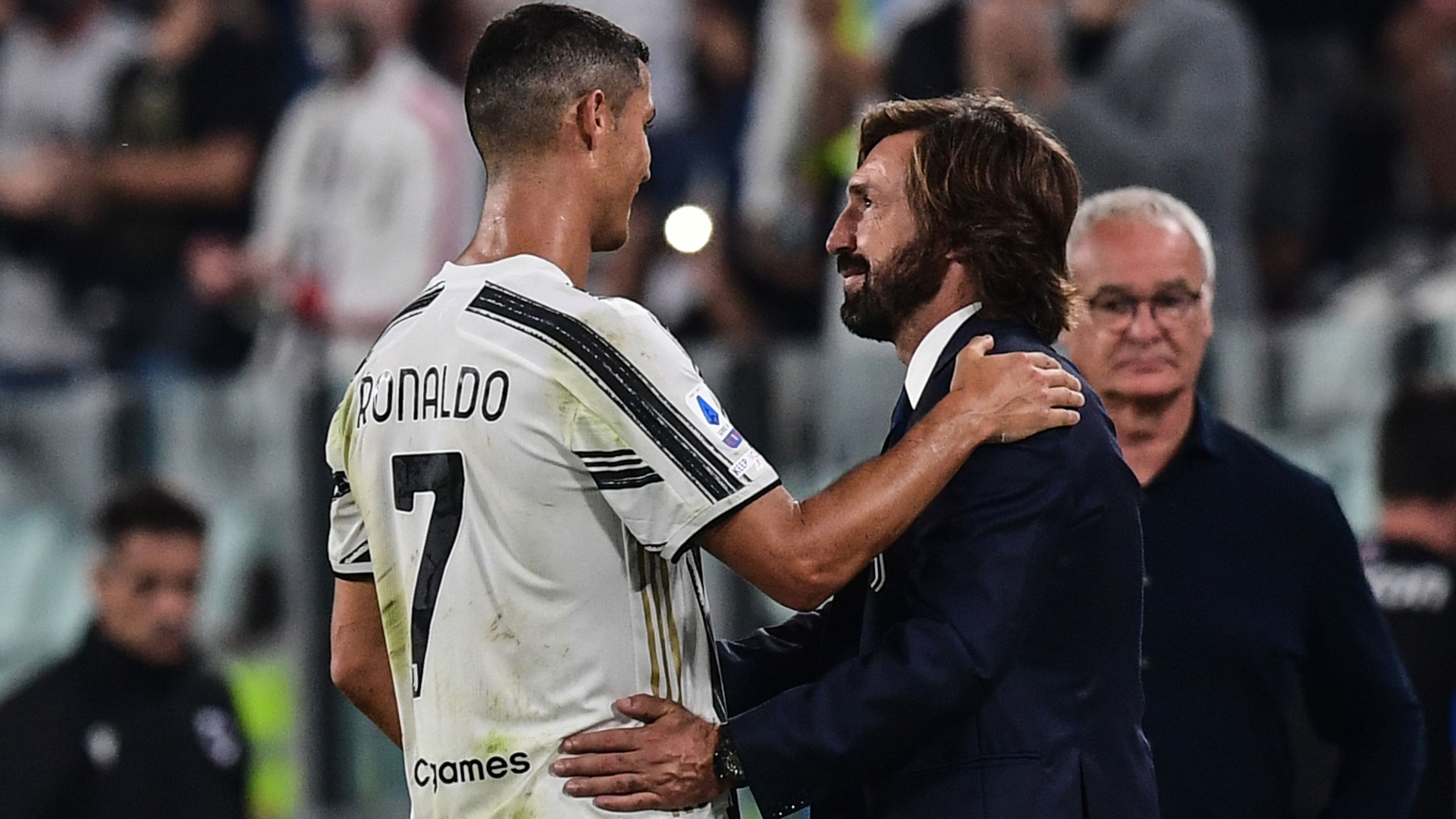 Ronaldo has scored three goals and provided an assist in two Serie A games to begin the 2020-21 campaign, helping Juve collect four points.

Ahead of Sunday's scheduled clash against Napoli, Juve head coach Pirlo singled out the star – and hopes more goals are to come.

"Ronaldo works very hard. He is the first to come to training and the last to go home," he told a news conference.

"He brings enthusiasm, you can notice it on the pitch as well. He started the season really well, I hope he will keep doing like this until the end of the season.

"I wish he'll score one or two goals every game. He is really important for us. In Rome we were a man down and he helped a lot until the end of the game. He is an example for everyone."

Ronaldo and Juventus were drawn to face Lionel Messi's Barcelona, Dynamo Kiev and Ferencvaros in Group G of the Champions League.

Pirlo is ready for the challenge, but pointed to getting a trip to Kiev on October 20 as an important aspect for Juve as they target a first Champions League title since 1996.

"We are in a very good group. It's always great to face Barcelona because it brings more responsibilities and attention to our players," he said.

"We know we'll play lot of games, but I think it is good that we'll play the first game in Kiev. In October it's less cold than December there, maybe we'll not play in the snow then."

Despite both Juventus and Napoli dealing with positive cases of Covid-19, their match on Sunday is still set to go ahead with Pirlo's side releasing a statement declaring their intent to play.

"Juventus Football Club announces that the first team will take to the field for the Juventus-Napoli match tomorrow at 20:45, as foreseen by the Serie A League calendar," the statement read.

Napoli have won both of their first two games of the new Serie A season, while reigning champions Juventus have claimed one victory and a draw to date.